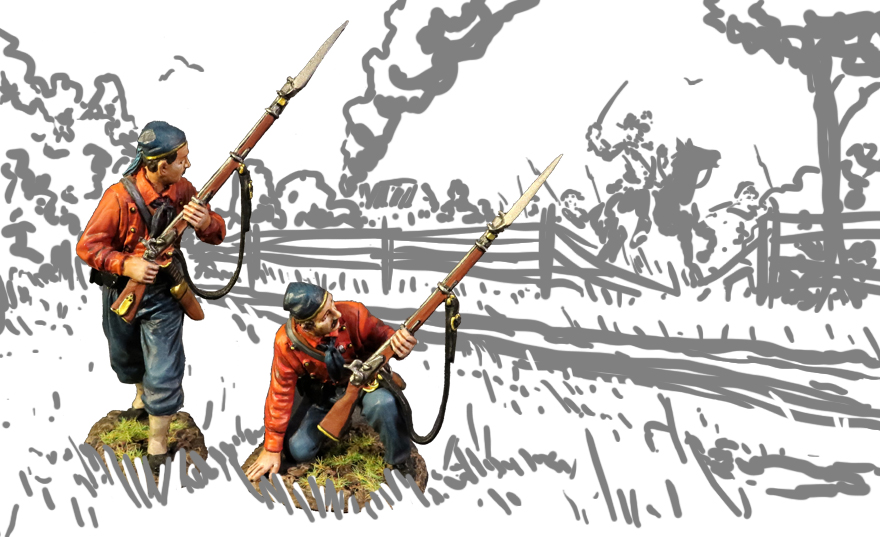 Most of the time, American civil war collections are mostly blue and grey. Those were the most common colors used for the uniforms by the Union and Confederates. It is true that the lack of resources from the South was leading to very disparate looks, but they were still mostly grey. However, there are some exceptions in the Northern states and the 11th New York Infantry Regiment was one of them. Those men were red and such is the case with the latest JJ-11NY-14 by John Jenkins!

The story behind this is quite interesting. Those soldiers came from the various groups of volunteer fire companies within New York City. Colonel Elmer E. Ellsworth, who was in charge of raising the regiment, specifically wanted those regiment to be made of firefighters and actively recruited them. He stated: "I want the New York Firemen, for there are no more effective men in the country, and none with whom I can do so much. They are sleeping on a volcano at Washington and I want men who can go into a fight now."

The men from the 11th NY Infantry Regiment received 2 different zouave uniforms during their service and none of them was red. Despite of that, they are still reminded of wearing red outfits. This is because firefighters were proud of their profession and many of them kept wearing their red fire brigade shirt even when going into battle! And this is exactly what we have in this set of 2 figures.

Image of the pieces from the 11th NY Zouaves to expect in this collection.
They are attacked by the 1st Virginia Cavalry Regiment.

In fact, their attachment to their profession was such a key feature of their identity that they had various pieces of equipment related to firefighting on their regimental flag. If you look carefully, axe, firefighter helmet, ladder, bell and other firefighting tools. 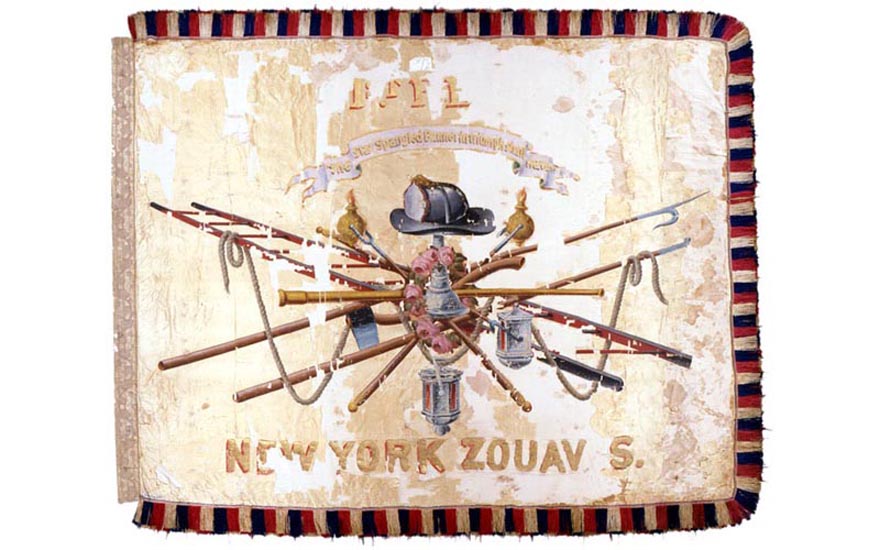 For those who enjoy movies, you can probably remember similar shirts in one excellent movie from Martin Scorsese. In “Gangs of New York”, there is that sequence where you see an interesting depiction of those groups of volunteer fire brigades. Of course, this is a vision adapted to the theme of gangs fighting each other, but this was based on various true events. Therefore, this explains why Ellsworth was so keen about recruiting them! I now leave you on this memorable scene from the movie.