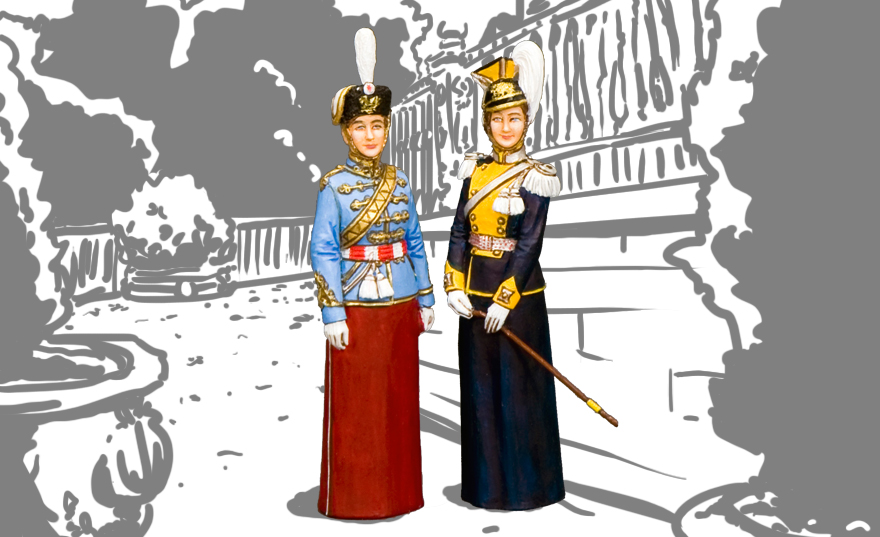 In the world of toy soldiers, pieces depicting women are not legions. Their participation in many war efforts are well known and recognized, but women were not often fighting directly at the front line, therefore making it hard to find them in most “soldiers” collections. Manufacturers struggle to find historically accurate inspirations and sometimes resort to a more “creative” approach in view to force women in their product lines. We all remember the Hussar Hussies Monique and Sophie. Those fantasy pieces certainly have qualities, but they are not in the taste of every collector. Luckily, manufacturers sometimes just find the perfect inspiration and create a perfect piece from it. This is the case for the King and Country’s TR004 - Grand Duchess Olga & Grand Duchess Tatiana.

As you can see, those are beautiful proper historically accurate parade uniforms! In royal families, it is a common thing to attach heirs to a regiment by giving them an honorific military rank. Therefore, the uniforms of many regiments around the world were adapted for women. This is exactly what Nicholas II of Russia did with his daughters. In this set, the Grand Duchess Olga is wearing a uniform from the 3rd Yelisavetgrad Hussar Regiment while her sister, the Grand Duchess Tatiana, is dressed in the fashion of the 8th Voznesensky Uhlan Regiment. Despite having very different color schemes, those 2 uniforms fit quite well together because they share the same yellow and white. This unifies the set quite well, giving it an interesting visual continuity. 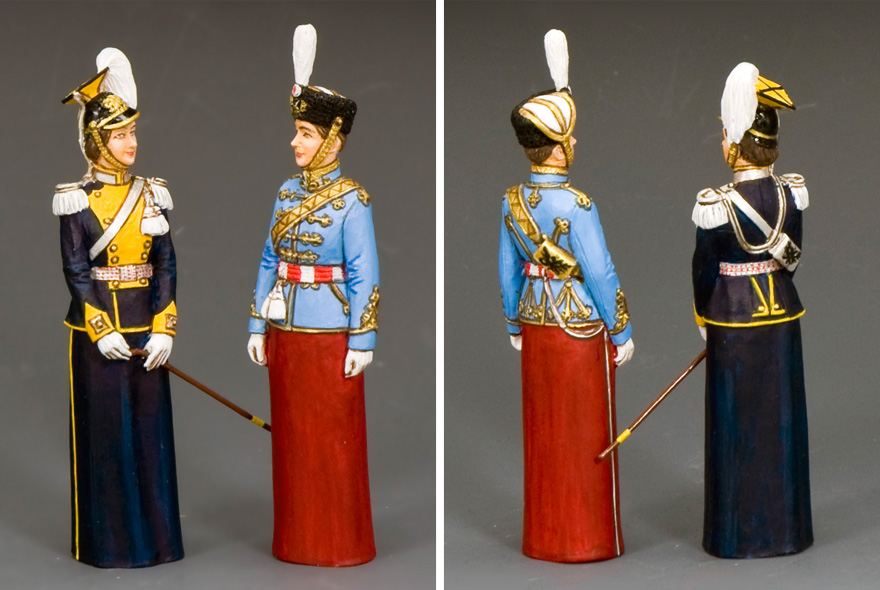 The skirts might be very simple, but the upper part of those two uniforms are highly decorated, even from behind.

What is also interesting with this set is that it is based on one historical picture taken in 1912 when Olga was 17 and Tatiana only 15. Not only King and Country reproduced their uniforms but also they sculpted them in the same body pose. This kept that feeling of hardly contained joy and proud attitude that they had at that moment. This is quite a good choice as most of the parade pieces are usually very serious and pompous. But in this case, there is a slight touch of playfulness that is quite refreshing to look at. 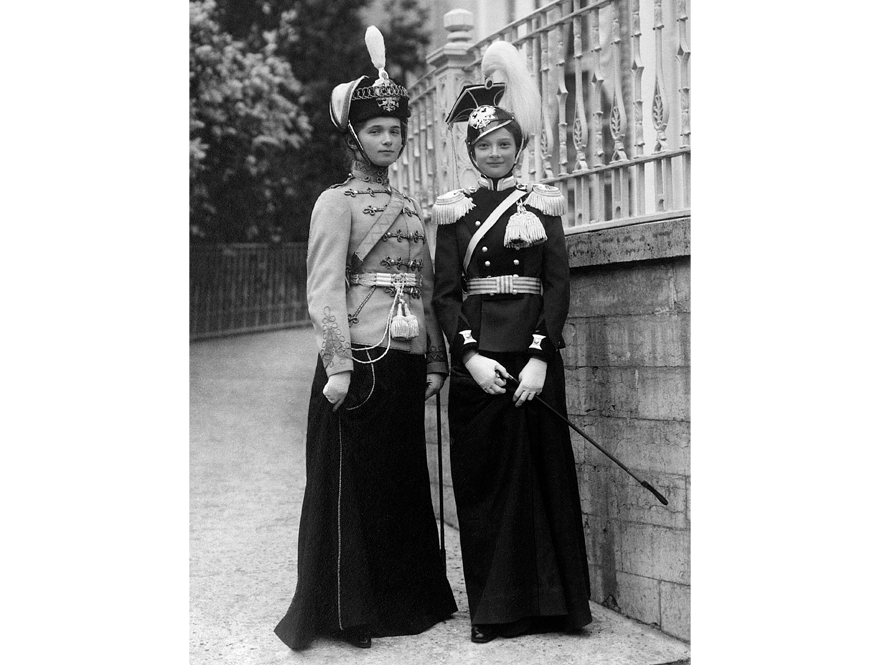 Of course, like those uniforms were adapted from men's uniforms, it would be nice to have a look at the original material. So here they are! 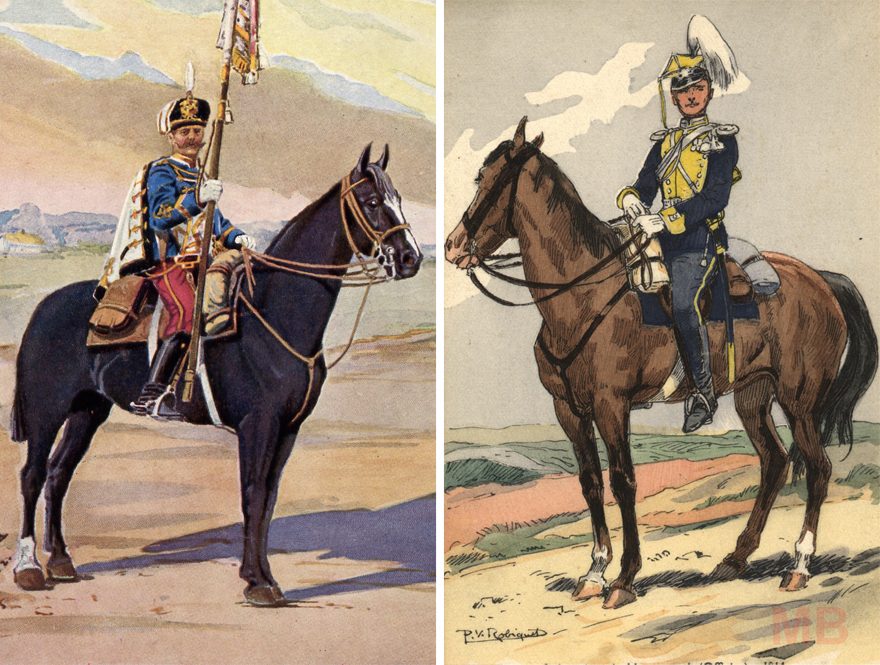 Sadly for them, things did not end up well. Olga and Tatiana were killed with the rest of their family on July 17th 1918 during the Russian revolution. Following those events, both sisters were canonized as ‘passion bearers’ by the Russian Orthodox Church. Despite this tragic ending, it is good to see that some interesting ideas can still be found to bring more interesting female uniforms in the collection.