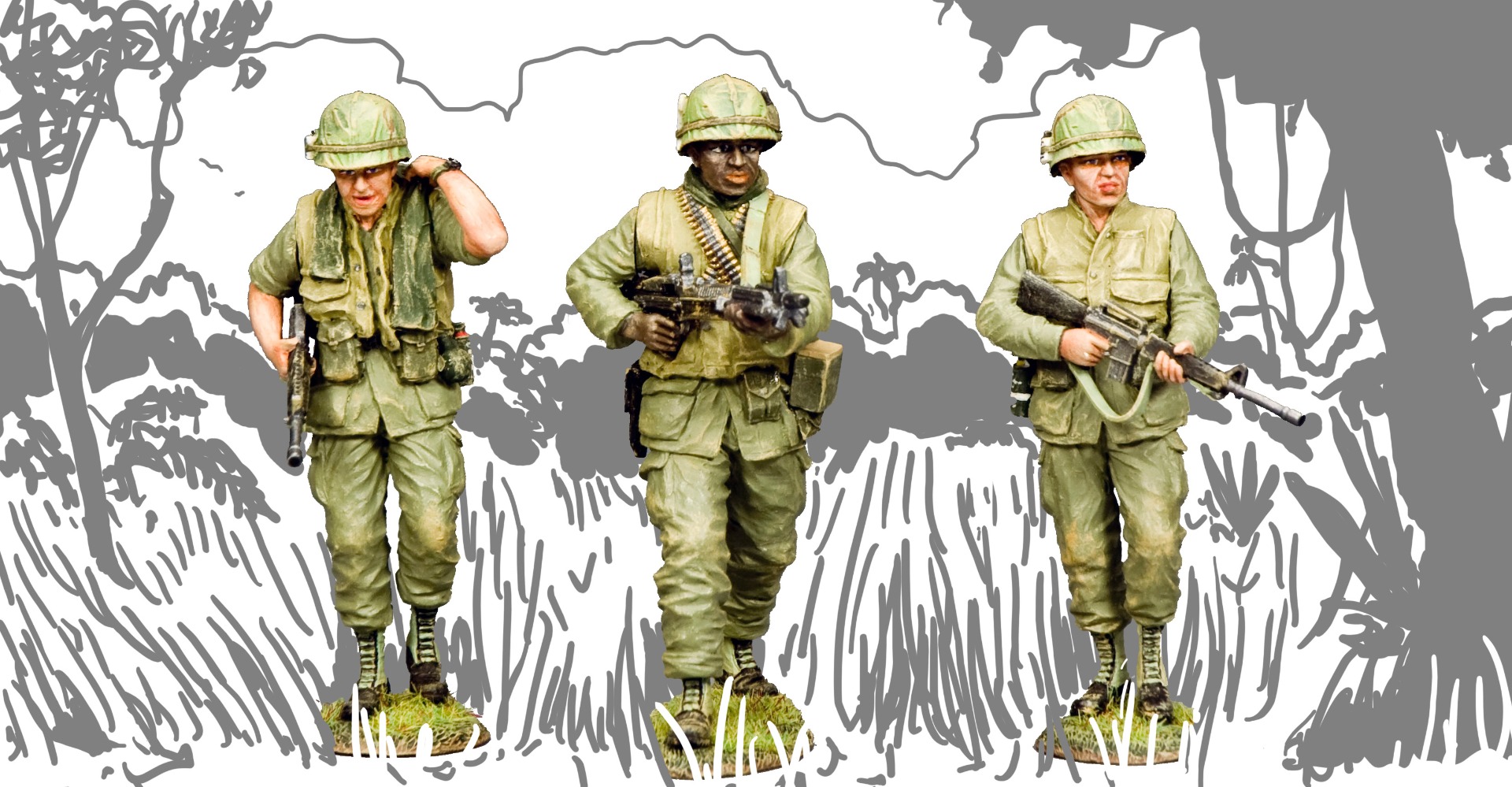 A good toy soldier can be more than a simple visual object. When looking at a good piece other senses are stimulated too and you can almost hear the sound of the fires shot at the enemies, the noise of the clashing blades or even the songs of a march played on a fifer. In some cases, you can even feel what it is to be there. This is exactly what King and Country succeeded to do this month with one figure from the VN109 - MARINES ON PATROL set.

The VN109 is a simple looking set with three marines patrolling in the jungle, weapons in hand and one feet in front of the other to evoque a walking pose. But there is that one guy in that set that really goes beyond those classic walking poses; This is the marine replacing his towel around his neck. With that simple detail, you can suddenly feel the uncomfortable heat and the extreme humidity of the jungle (and smell sweating that goes with it). This clever detail makes the whole set so much more alive!

During the Vietnam War, those olive green towels were used to absorb sweat linked to the hot and humid climate. You can see them on many photographic documents from that time. They were so much used by soldiers that they ended up having a great impact on the collective representation of that conflict. This is why you can see those towels in many war movies about the Vietnam War. In the movie Platoon (1986), Charlie Sheen had one around his neck most of the time. In fact, those iconic towels are now so much associated with this conflict that they are now considered as useful props by modern Vietnam reenactors! 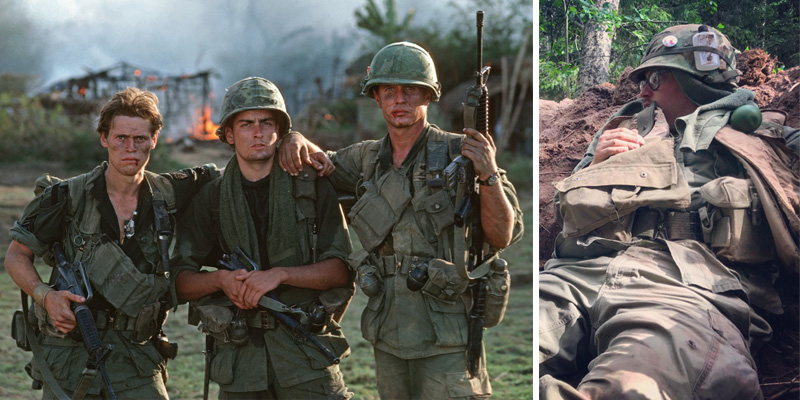 Left: Production image from Platoon. Right: Reenactor in his foxhole.

One last noticeable detail about this marine is the copious amount of microscale grass on its base. This is also visible on every other figure from that set. They have much more grass than all the other pieces from this collection and this helps to emphasize the fact that they are patrolling in the heart of the jungle. Once again, this is a nice detail that helps to feel the surrounding of those patrolling marines.

So, a simple towel being replaced can bring you straight to Vietnam. I’m quite curious to see what will come next as this set is apparently the first one of a whole section walking in the jungle. Hopefully we can expect more of those in the next months. Until there, it’s time for a good classic from 1967 and one of the best track from Platoon's soundtrack.