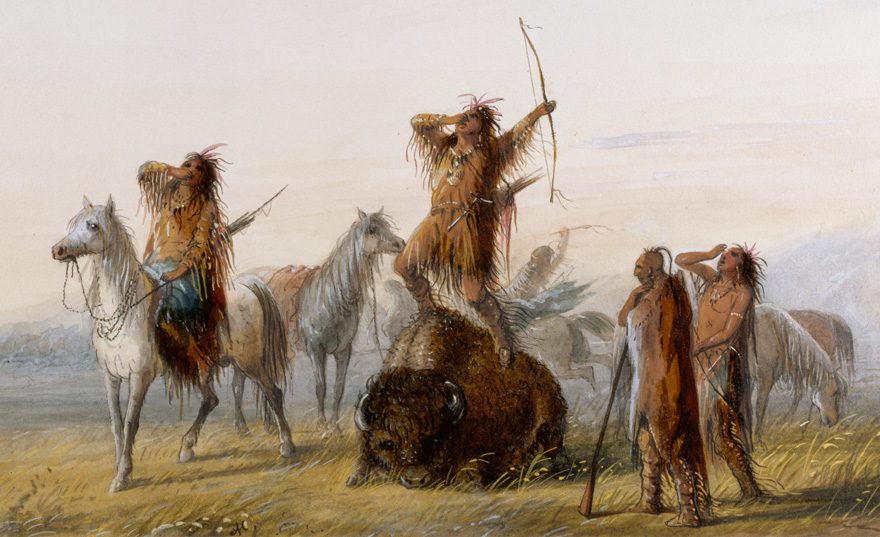 For the peoples of the first nations, summer was the season for the Great Buffalo Hunts. During those ceremonial hunts, the whole village was participating either by killing the beasts or butchering their meat for transportation. In the popular imagery, the bison became so much associated with the Plains Indians that King and Country integrated some in its The Real West collection!

Since the arrival of the Clovis people in America about 11,500 years ago, the humans and the American bison, also commonly known as the American buffalo, were able to live and evolve together in a balance. For the first tribes in America, this animal became a reliable source of meat and pelts. The American bison was a very successful animal prior to the arrival of European Settlers. It was estimated that more than 60 millions of them were roaming the Great Plains during the early 1800’s.

However, the arrival of European technologies broke that balance. The horse, quickly adopted by the Plains Indians, became an effective means of transport to hunt on a larger territory. In addition, when firearms became more widespread, the hunts performed by the First Nations became even more deadly. Nevertheless, nothing was wasted. Meat was processed and transformed into jerky and pemmican for a long lasting source of food. Those major changes in the previous balance also jeopardized the survival of some tribes as the bison were no longer numerous enough to cover the same territory as before. This led to some famines and the death of many Plains Indians.

With the arrival of the railroad and European settlers, things became worse. Some parts of the animal became used in industrial processes. Bones were transformed into glue, fertilizer, dye and bone char. The commercial value of those animals became one extra reason for Plain Indians and poor settlers to hunt the bison. In addition, the mass exportation of those ressources by trains was giving no limit to how many carcasses could be bought. 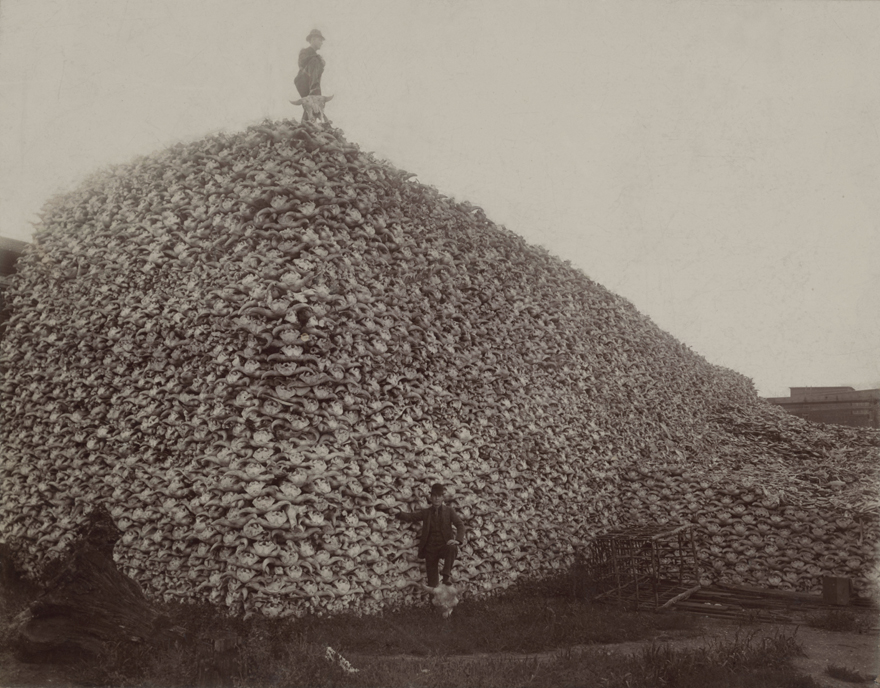 A pile of bison skulls waiting to be processed in Rogueville.

The final nail on the coffin was brought by massive hunts organized only for the fun of killing, leaving the meat to rot and taking only the hides. Peoples competed and became famous for the number of beasts they killed. Even today, names like Medicine Bill Comstock and Buffalo Bill Cody are still known. What is less known is the fact that people during that time realized that the hunt might be too much for the bison population. Buffalo Bill himself even spoke for legislation on bison hunting as he came to the conclusion that the pressure on this species was too high for its long term survival. 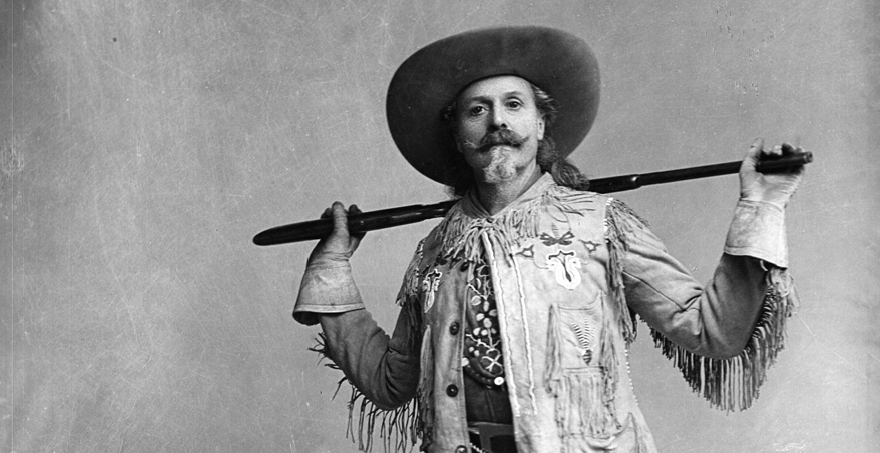 What was the last Great Buffalo Hunt differs from one historian to the other. Some say it was in 1882, others in 1883. But the hunt of June 20th 1882 is well documented enough to give an idea of what those were. For the occasion, 2000 Teton Lakotas regrouped to hunt bison. In the first day alone, 2,000 buffalo were killed. A total of 5000 beasts were slain during this 5 days expedition.

In the world of toy soldiers, buffalo hunting was cleverly added by King and Country in its collection The Real West. Few bison in various poses were created and, once used with the previously produced indians fighting the US Cavalry, those make a perfect hunting scene. After all, an Indian in shooting pose can be shooting at any target! In addition, one special set of true hunting scenes was also produced. The TRW173 - The Hunter Becomes The Hunted involves a bison fighting back and wounding a horse as the Indian riding it.

Various figures from The Real West collection hunting the bison.

Today, bison are far from having recovered from that time. There are still wild population under control, like the 4,800 bison from the Yellow Stone Park, but it is quite unlikely that we will see hordes of millions strong roaming the North America. With all the roads, cities, fences, crops and other human constructions now occupying space, the cohabitation of bison and humans on the same territory is no longer possible. The time of the Great Buffalo Hunts is no more. Fortunately, figures from King and Country are there to bring back that time, and luckily, it’s something compatible with our modern world!