The Three Others Musketeers

The Three Others Musketeers

There is no doubt that The Three Musketeers by Alexandre Dumas is a masterpiece of literature. This swashbuckler novel is filled with intrigue, action and fascinating fictional and historical characters. Since its release in 1844, it has been adapted to cinema, opera, ballet, comic book… and toy soldiers! So let’s look at the PnM078 - The Three Musketeers & D’Artagnan set that was released in October 2021.

But first, let’s go back to 2015 when King and Country released its first version of the Three Musketeers: the PnM032 The 3 Musketeers & D'Artagnan. This set was attached to the collection of Pike and Musket, now known under the name of the English Civil War collection. It was a good choice as, in the novel, d’Artagnan visits England a few years before the beginning of the civil war. 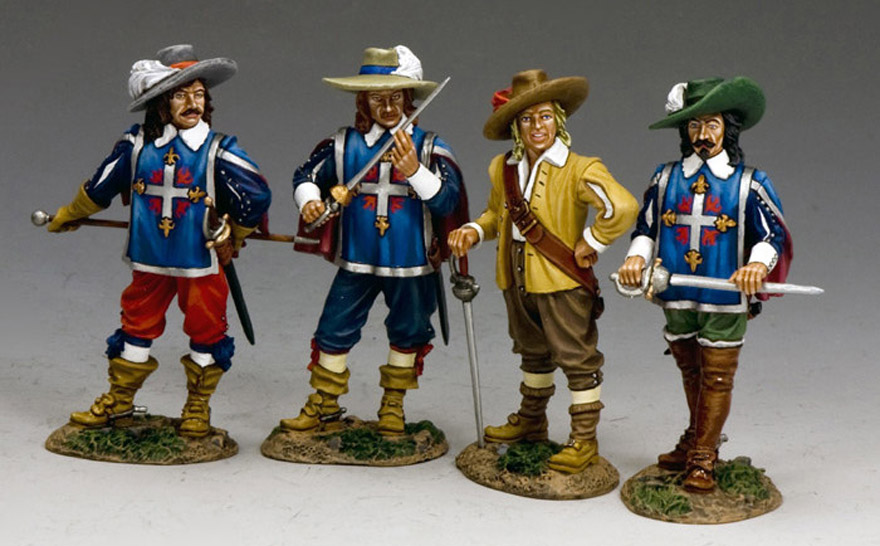 The first Musketeer set by King and Country. It is no longer available.

This set was a huge success and, since it was retired, many collectors asked and few dealers asked for a second version. This second version is the one we received last year. It’s based on the work of the Chilean/Argentinian comic book artist Arturo del Castillo. This illustrator gave birth to one of the best comic book adaptations of the Three Musketeers. It was published from 1961 to 1964 in the United Kingdom, just about when King and Country creative director Andy C. Neilson was studying art in Glasgow. This was during that time that Andy discovered the work of this artist and now, more than 50 years later, we finally have a new set of toy soldiers all because of that! 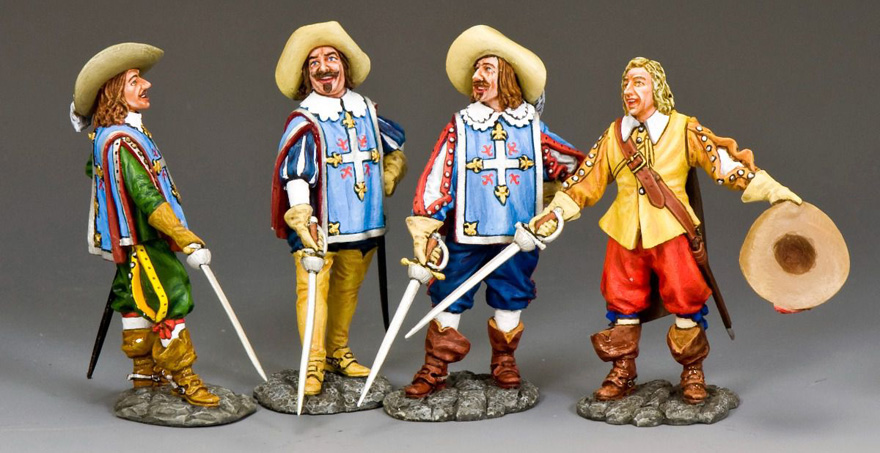 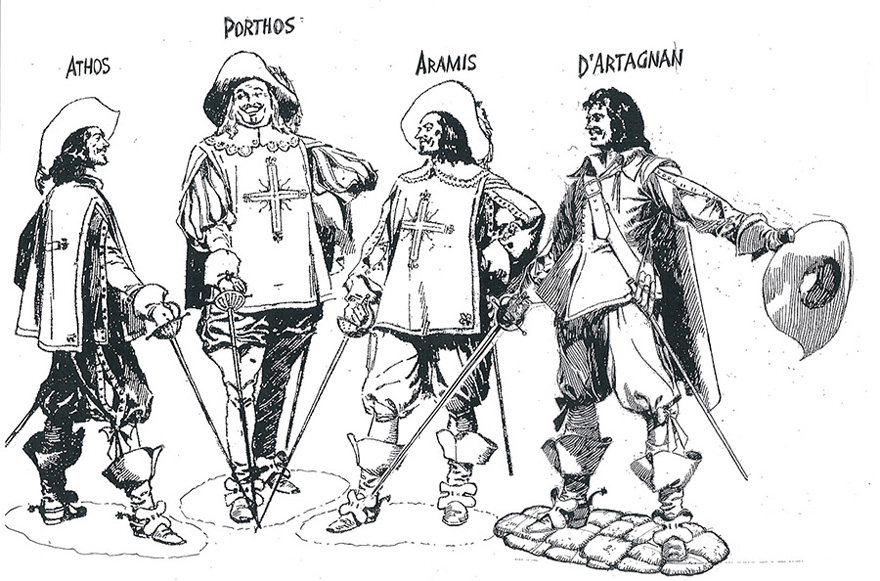 The new PnM078 - The Three Musketeers & D’Artagnan set and the illustration montage which was used as reference.

Compared to the first version, those new figures are looking much more dynamic. It’s a beautiful adaptation of del Castillo’s work and it managed to keep the expressiveness of the original drawing. Every detail seems to be there, carefully reproduced. Those smiling faces look like they have so much fun, probably talking about their last sword fight with the Cardinal’s guards. What is uncommon with this set, is it brings back sounds in the mind. Just by the way they cross their swords, you can almost hear them say “One for All... & All for one”! The color scheme King and Country came with is working well with the rest of the collection, sharing colors with many other pieces. This is a good job, especially if you consider that the original inspiration for those is a black and white illustration. One interesting detail is the base texture. In this case, we have cobblestone instead of the usual grass or dirt of the collection. This new base is also shared with the latest version of their enemy, the PnM097 - Cardinal Richelieu.

The back of the figures, showing impressive feathers on their hats.

To conclude, collectors and dealers will surely be happy to get a new version of the Three Musketeers. Basing those figures on the work of Arturo del Castillo was a good idea as it gave pieces who are looking much more alive and expressive than the first version. I now leave you with the trailer of what I consider to be the best movie adaptation of The Three Musketeers: The 1973 version by Richard Lester.