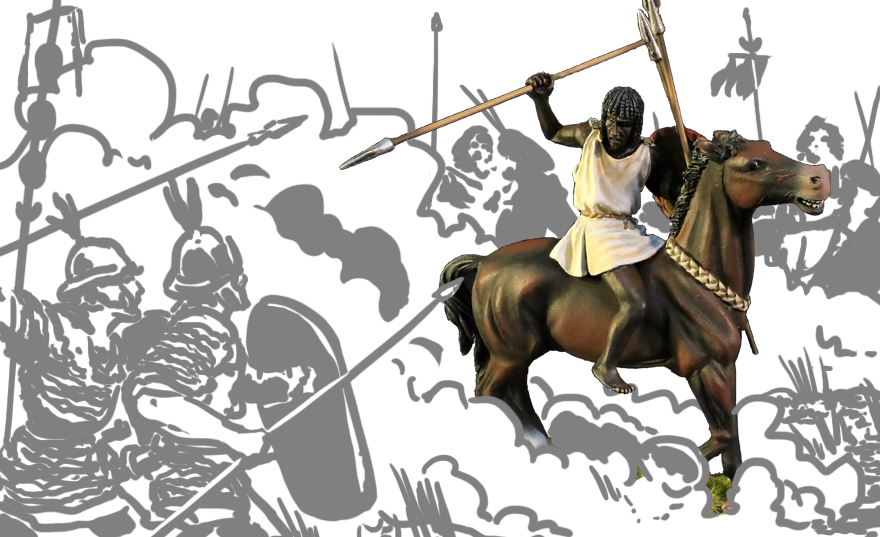 One of the most feared soldiers of antiquity was the Numidian Cavalry. Those elite troops served in many conflicts where they were noticed for their effectiveness. Their feats marked the mind of their contemporaries and they are still remembered today. So it’s not a big surprise to see them produced in toy soldiers. In this domain, John Jenkins Designs is once again producing the best version. So let’s take a look at his latest JJ-CTNUM-08B - Numidian Cavalry.

The first thing to look at is the pose itself. Usually, when numidian cavalry are produced, they are in a charging pose, almost looking like a medieval knight with the wrong outfit. This is possible, but this is not what those troops were known for. They were masters of skirmishing tactics and hit and run. Those harassing troops were not big fans of rigid formations. They were more likely to run around the enemies to exploit any opportunities to throw a javelin and retreat as fast as possible. And this is where Jenkins’ pieces shine; they look like a warband on the hunt with plenty of different poses. In the case of the JJ-CTNUM-08B, the horseman is slowing his horse in view to throw a javelin with more accuracy. 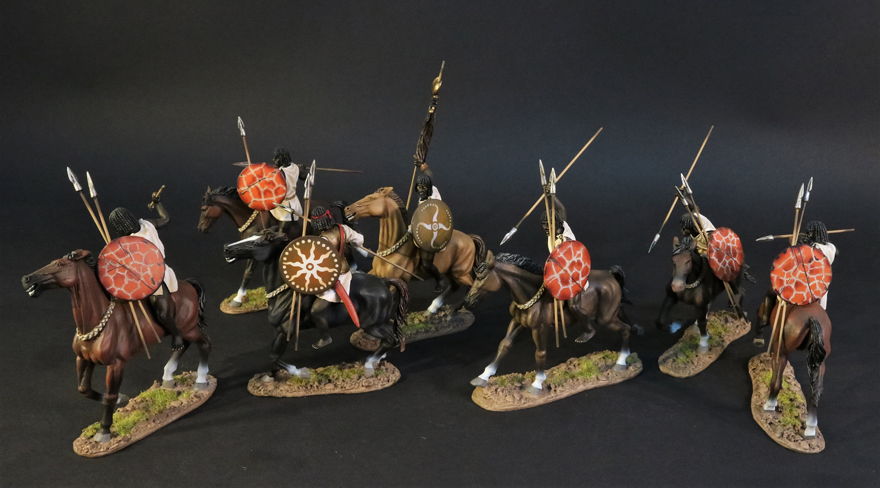 The other thing to notice on that figure is the simplicity of the carried equipment. Many toy soldiers manufacturers give them too much gear, but this cavalryman by Jenkins is only wearing a tunic. He is also armed with a few spears and a giant round shield, which is coherent with their battle style. For this type of troop, the equipment carried was purposely as light as possible so their horses would be able to outrun any more armored cavalry. This gave them extra mobility on the battlefield and that was ideal with their fighting style. Their huge shields were lightly built and mostly used to deflect projectiles. Despite its light construction, those were also able to deal with occasional close combat. The shield on that figure is quite worn out and the many visible battle damages reflects how hard to kill were those troops. 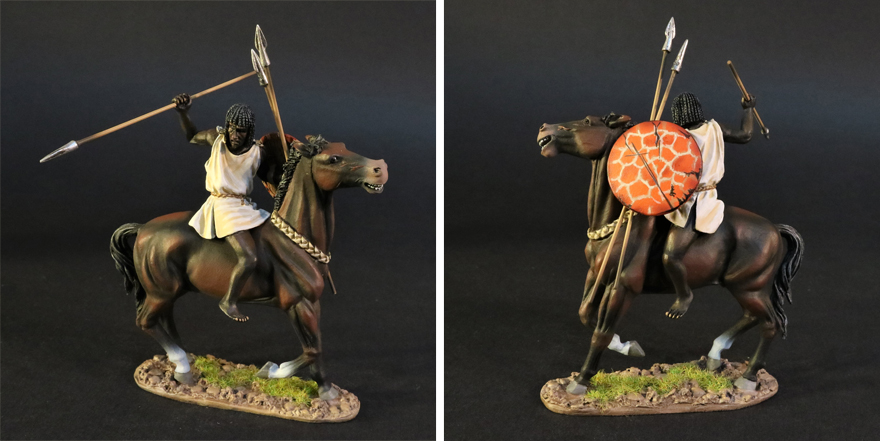 Like those Numidian troops are very important in history, toy soldiers are not the only place where we find them. In the game Total War: Rome II, it is possible to play the Carthaginian nation and hire the Numidian Cavalry as mercenary troops. The descriptive text is very evocative of their reputation: “These mounted skirmishers are horsemen almost without equals”. 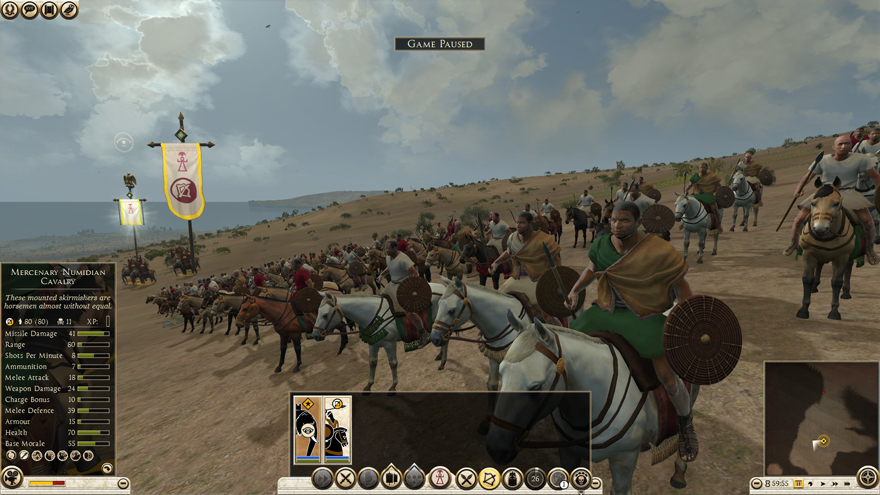 Quite a beautiful game, but the Numidian fighting style is a bit odd because of the grid used by the game...

But the most iconic depiction of those troops is probably within the novel “Salammbô” by Flaubert. This book relates the events of the Mercenary War, when troops hired by Carthage during the First Punic War were not paid and rebelled. In this novel, the numidian cavalry, lead by Narr’Havas, has its fighting style beautifully described.

“The horsemen of Narr’ Havas were what they found most tormenting. Often, at times of the greatest weariness, when they were advancing over the plains, and dozing beneath the weight of their arms, a great line of dust would suddenly rise on the horizon; there would be a galloping up to them, and a rain of darts would pour from the bosom of a cloud filled with flaming eyes. The Numidians in their white cloaks would utter loud shouts, raise their arms, press their rearing stallions with their knees, and, wheeling them round abruptly, would then disappear. They had always supplies of javelins and dromedaries some distance off, and they would return more terrible than before, howl like wolves, and take to flight like vultures. The Barbarians posted at the extremities of the files fell one by one; and this would continue until evening, when an attempt would be made to enter the mountains.”

As you can see, toy soldiers, video games, books… they all agree when it comes to the mythical Numidian Cavalry; those troops were amongst the best and we have to remember them. And if you are curious to read Salammbô, you can find the whole novel here. It’s now part of the public domain, so feel free to enjoy it!