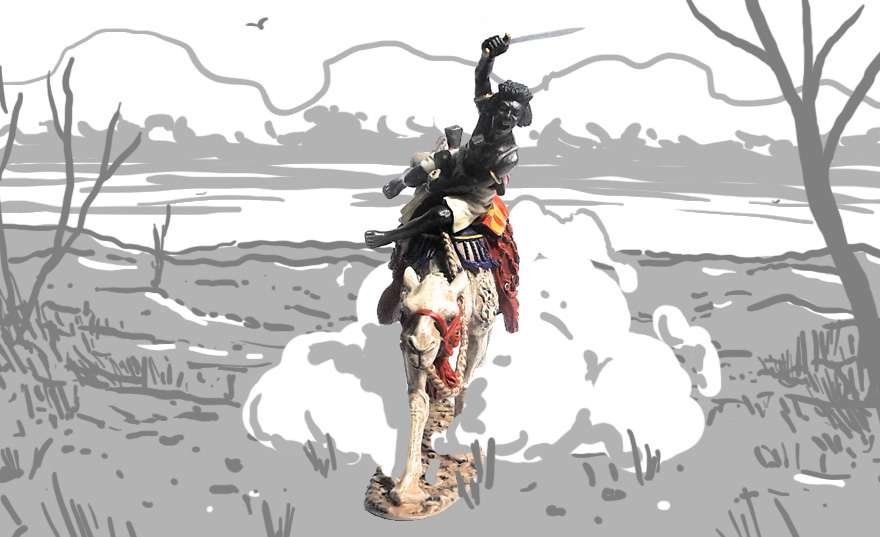 When I do have the chance, I like to ask my fellow collectors which piece is their favorite in their collection. After all, most of the collectors, if not all of them, have a favorite piece. The reasons why this piece is the favorite one vary a lot from one person to the other, but are always fun to hear and are also a good way to learn more about your friends. In my case, my favorite piece is the now retired JJ-MADCAM-01 - Beja Warrior Charging on Camel. Here is why I like it so much as a bit of details of how I started collecting pieces from the Mahdist War.

When I started collecting I was not sure about what to aim for and if I would like it or not. Only a few things were sure; I was interested in WW2 aircrafts, desert themes and orientalism. The two last points might be because I live in a country where winters are harsh. So I started with a desert Me-109 by King and Country. I considered this a safe move as it is one of my favorite plane designs and I was sure to like it. It came with a pilot casually standing beside the plane. The wish of having a bigger collection eventually grew in me and I created a small orientalist scene around this first piece. However, that plane was big for my limited space and I was not sure if World War Two in Northern Africa would be enough to fulfill my vision of an ideal collection. After all, I was also interested in classic toy soldier poses, like shooting kneeling, and action pieces with swords and shields. Plus, I wanted to get a collection with massive waves of soldiers clashing together. So I did what any mad tactician would do and opened a second front for the First Sudan War collection John Jenkins. 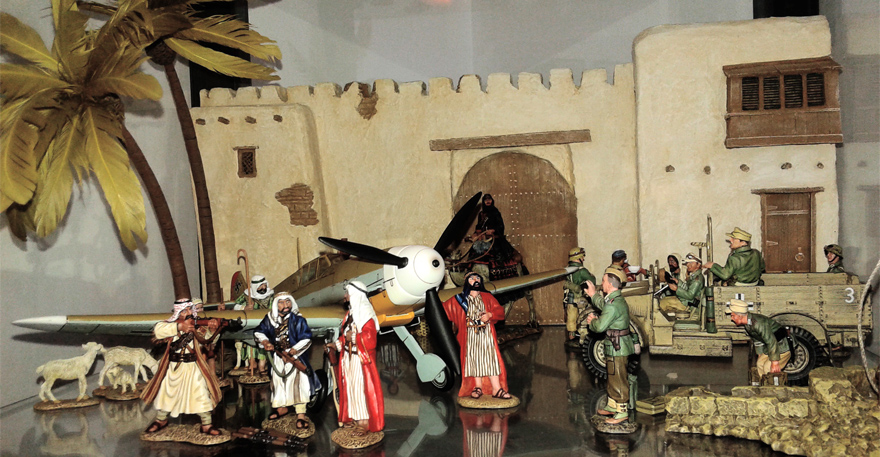 My first piece and the display that eventually grew around it.
Not historically accurate but enjoyable.

The Mahdist War took place in the late XIX century. It started when the self-proclaimed Mahdi united the various islamic ethnic groups and fought against the Anglo-Egyptian occupation of Sudan. Despite being poorly equipped, the Mahdists managed to secure a big part of the territory and held it for several years. The conflict is filled with greater than life characters such as “Chinese” Gordon, Colonel Burnaby and Muhammad Ahmad, the self proclaimed Mahdi. During the late XIX century, those colonial wars in remote parts of the world were considered very romantic and news about this conflict traveled all over the Victorian empire. Even in Québec City, the expedition on the Nile was closely followed as many Canadians served as civilian forces to man the boats transporting the British forces. The apogee of this romantic war mindset can be clearly seen in a poem published in the March 13th 1885 edition of The Quebec Mercury glorifying the tragic death of Burnaby and Gordon as the fall of Khartoum. (link here) 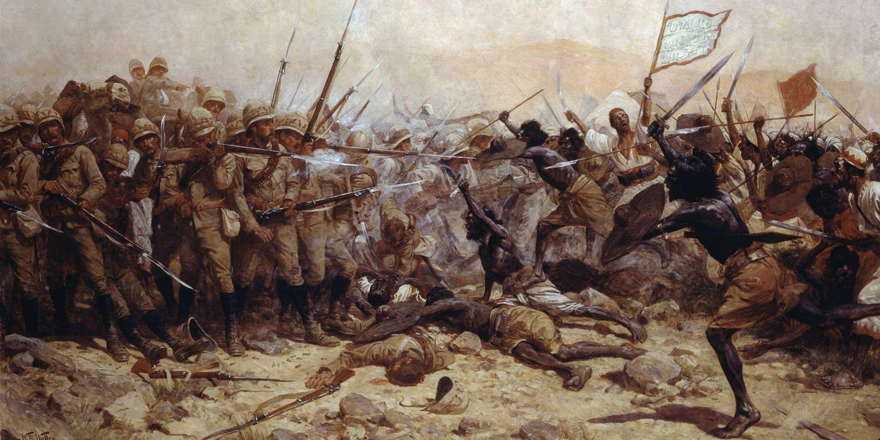 In terms of toy soldiers, this collection was suiting all my needs as it has almost every type of figure (officers, classic firing poses, action poses with swords, mounted figures, artilleries, flags, historical characters) and no large vehicles. This is because the British army had access to firearms and modern technologies while the Mahdists were still using swords, spears and shields. This vast array of pieces was perfect to provide a splendid clash of figures on the battlefield!

My favorite piece is from this collection and it is the now discontinued JJ-MADCAM-01. It is a Beja warrior charging on his camel with a sword in the air. I received this piece just before Christmas 2016 as a prize for a Golden Ticket. As a fan of orientalist themes and desert, I was quite happy to get my first camel! This figure is impossible to miss as it always dominates the scene. The JJ-MADCAM-01 is amongst the tallest pieces produced so far by John Jenkins for this collection. The speed of the charge is suggested here by the running pose of the camel and the numerous details on the saddle floating at angle because of the wind. 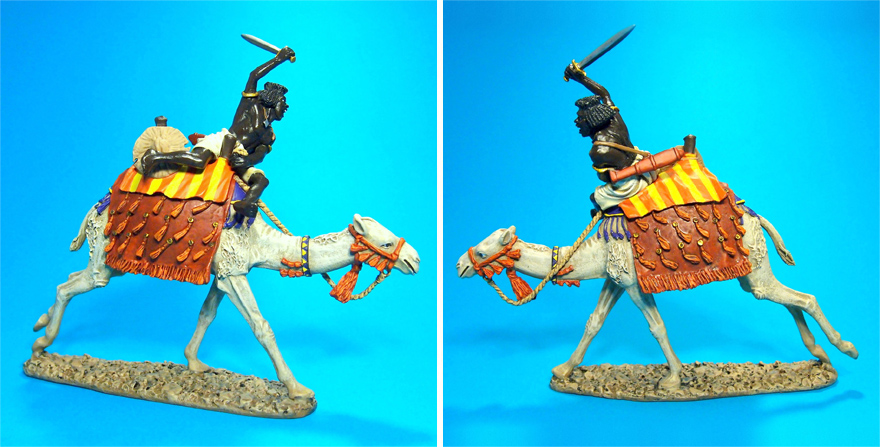 I also like how the Beja interlocks with the saddle in an oddly satisfying way. The body pose of the warrior is full of tension, trying to extend his arm as much as possible to strike with his sword while keeping a grip on the camel with his legs and right hand. Every time I look at this figure, I imagine how eager this Beja is to strike an enemy on the head.

Sadly, this item is no longer available. Maybe John Jenkins will come later with more Bejas on camels in the future? After all, new Royal Marines figures were added to the collection in 2016 after a 3 years break. Whatever the future may be, the JJ-MADCAM-01 will always have a special place in my heart and in my collection. I now leave you with a movie suggestion on the Mahdist War theme: The 1939 version of the Four Feathers.