Hong Kong and King and Country

Hong Kong and King and Country 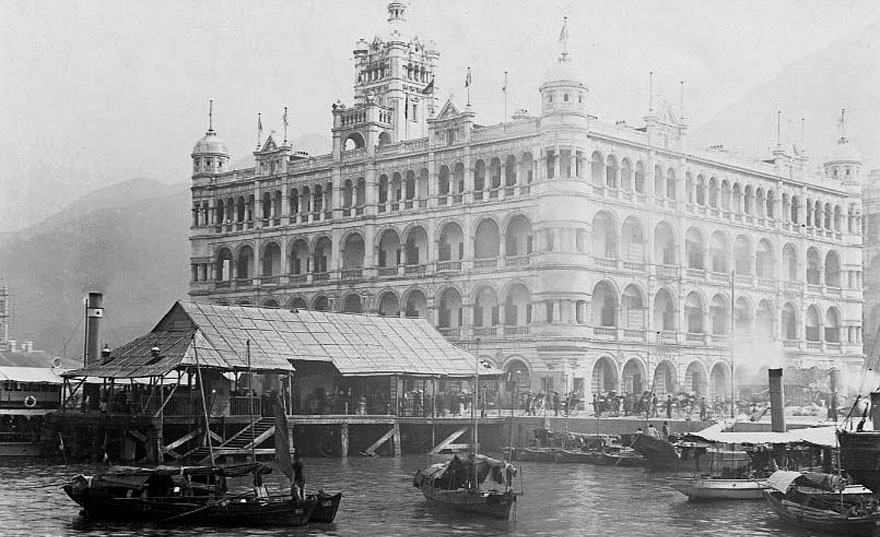 For Hong Kong, June is an important month. It was on June 9th 1898 that the Hong Kong territory was leased to the British for 99 years. As agreed,it was later given back to China on June 30th 1997. During those years, many toy soldier makers installed themselves on this territory. Such was the case for King and Country and, although it was not the plan at first, this eventually had an impact on the collections produced as we will see here..

Colonialism is always a tricky thing to deal with as it proved to be the source of complex ethical dilemmas and its side effects are ranging from good to beyond bad. In the case of Hong Kong, the reason behind the existence of this British colony was the involvement of Great Britain in the Opium Wars and the resulting necessity to occupy a portion of the territory. Following the First Sino-Japanese War, the defeated China was in no position to refuse this 99 years lease to Great Britain. From this was born a land of opportunities and a fascinating hybrid culture unique in the world.

Following the Second World War, with its strategic location for shipping and access to affordable and skilled workers, Hong Kong became a unique place for toy production. So, when Andy Neilson from Scotland planned to found King and Country in 1983, Laura McAllister (who was his wife during that time) suggested him to consider Hong Kong as a location for the business. For Andy, this was a logical choice and emotional too as he reported falling in love with this city and its energy when visiting one of his friends there in 1977. The first pieces produced by King and Country (Scottish Highlanders and Zulu Warriors) were suggesting a very conventional path for this toy soldier maker. But eventually Andy’s love for Hong Kong became visible in his artistic vision and new collections and innovative pieces began to emerge. 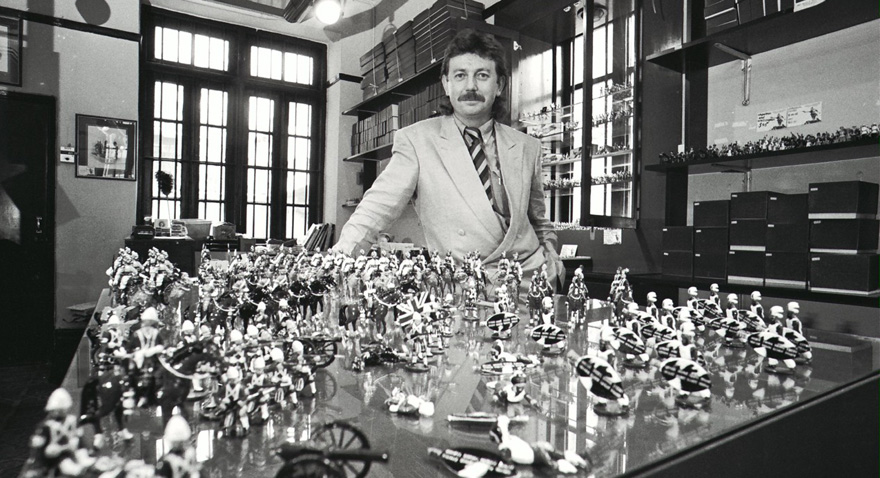 Andy and the first pieces from King and Country. Credit: SCMP 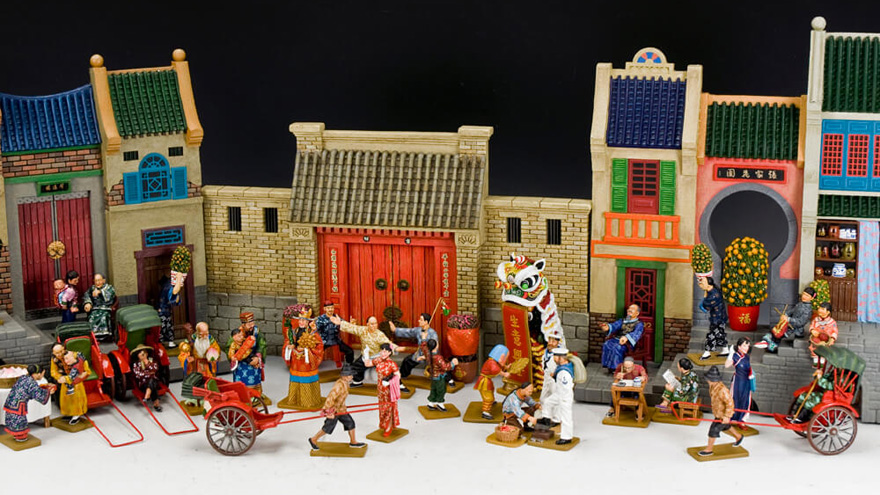 Knowing the story of Hong Kong and Andy’s love toward this city, it makes just sense to see such a collection eventually appearing at King and Country. Pieces in the Streets of Hong Kong collection are depicting men and women from Hong Kong during the last years of the XIX century and early XX. Those figures are colorful and show different activities of daily life during the first days of the Colony of Hong Kong. This collection is having a large success not only in Hong Kong, but also amongst the female collectors all around the world. 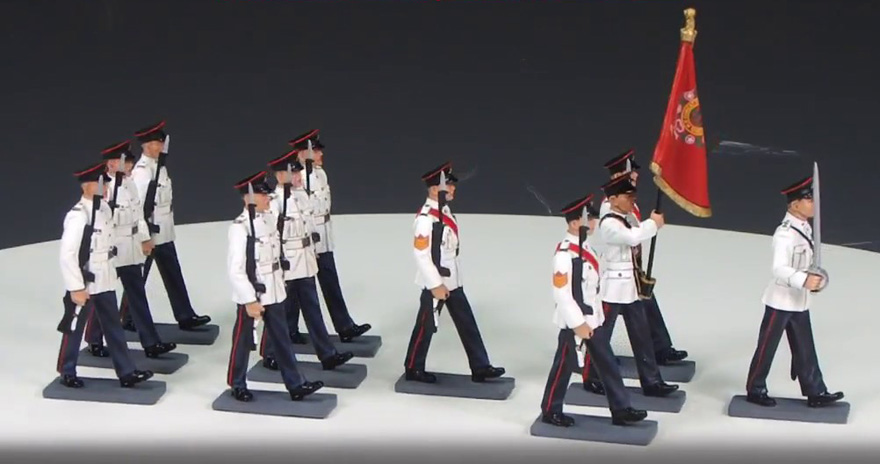 This regiment was a local auxiliary militia force managed by the colonial Government of Hong Kong. It was formed in May 1854 to help defend the territory from pirates while most of the British forces were fighting the Russian invasion of Crimea. This regiment dates back to the first occupation of the Hong Kong territory prior to the 1898-1997 lease. However, it was active until 1995 and the uniforms seen there are still proud memories for many Hong Kong citizens. Figures from the Royal Hong Kong Regiment are part of the Colonial Hong Kong collection.

Canada’s participation in World War Two was not limited to the European theater. In 1941, Canadian reinforcements were sent to the Colony of Hong Kong in case Japan would declare a war. The soldiers sent there were from Québec City and Winnipeg. They quickly found themselves fighting the Japanese alongside other colonial troops. Unfortunately, they were outnumbered and many died in action or in the prisoner camps. The Canadians fighting at Hong Kong don’t have a collection on their own, but they are nice pieces from the Field of Battle collection which shows the connection between King and Country and the city of Hong Kong.

It’s impossible to assess all the impact the British Colony of Hong Kong had on China, on Great Britain and on Hong Kong itself. But out of the positive results, the creation of King and Country is certainly amongst the top ones. From this, many pieces related to the history of the colony emerged. Those were probably not in Andy’s mind when he went there to start his business, but this illustrates how this mix of cultures can lead to something quite unique to Hong Kong.