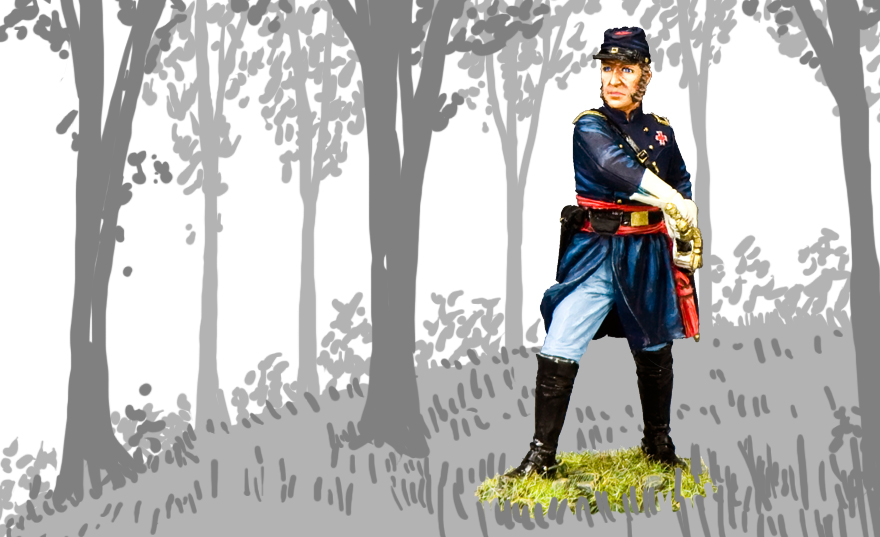 Being able to sculpt a figure’s head at 1/30 scale is quite a challenge. Trying to reproduce a real person adds an extra layer of difficulty. Luckily, some people have facial features who make this job a bit easier. Such is the case with the new CW139 - Brigadier General Strong Vincent by King and Country. With his epic mutton chops, Grecian nose and piercing eyes, it is quite easy to recognize this historical figure… as long as you know the real person!

Strong Vincent was born in 1837 at Waterford, Pennsylvania. After studying at Trinity College and Harvard University to become a lawyer, Vincent went back to Pennsylvania where he made a living as a lawyer in the city of Erie. When the American Civil War started, he enlisted in the Union army and joined the 83rd Pennsylvania Infantry. Being educated, he quickly became commissioned lieutenant colonel. He got field promoted to the rank of colonel during the Battle of Chickahominy River when the former colonel of the 83rd got killed in action. Shortly after, Vincent caught malaria and received a medical leave to give him the time to recover. He later came back to the frontline in time to participate at the Battle of Fredericksburg. Following the Union defeat at the Battle of Chancellorsville and the resignation of the former brigade commander in the aftermath, Vincent inherited the job of commanding the brigade. 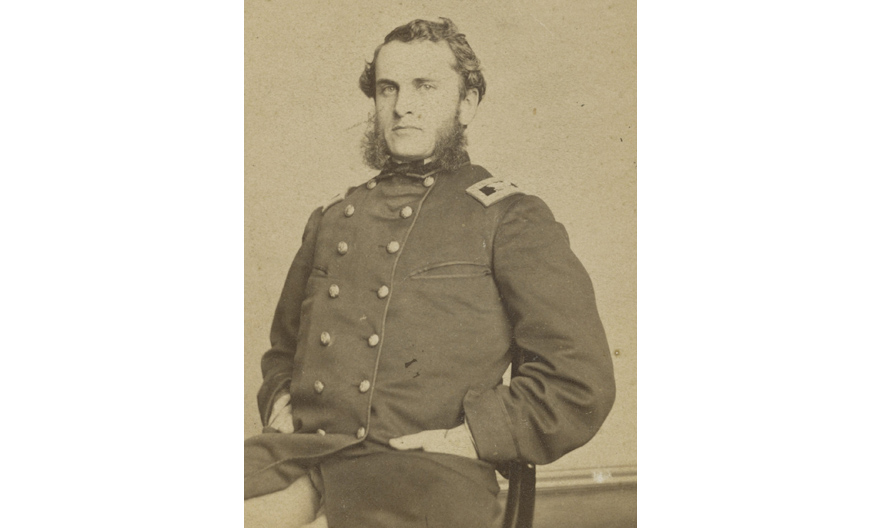 But this is for his actions at the Little Round Top during the Battle of Gettysburg that Strong Vincent is mostly known. During that battle, he understood the strategic importance of this emplacement as the capacity of his men to hold this position. So, from his own initiative, he organized the troops and faced an outnumbering enemy. His defense resulted in massive losses for the facing Confederate troops. In the last phase of the battle, with his men running low on ammunition, a bayonet charge was ordered to push back the last attempt of the enemy to capture this location. This last effort secured the victory for the Union force and contributed to their success at the Battle of Gettysburg. It is also during this battle that Strong Vincent was mortally wounded. He would die five days later from his injury. Few days before dying, following the recommendation from Maj. Gen. George G. Meade, Vincent got promoted to the rank of Brigadier General. 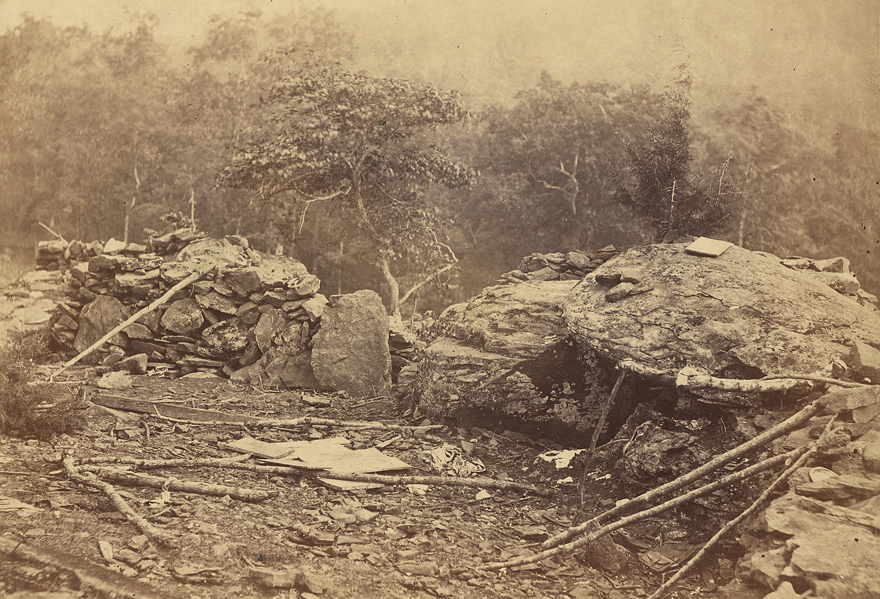 Entrenchment used to defend the Little Round Top.

Today, Brigadier General Strong Vincent is a mandatory character for movies about the Battle of Gettysburg. He was portrayed by Maxwell Caulfield in the 1993 movie Gettysburg. But the figure that we have today is not based on a movie. The CW139 is actually based on the 83rd Pennsylvania Infantry monument at Little Round Top. 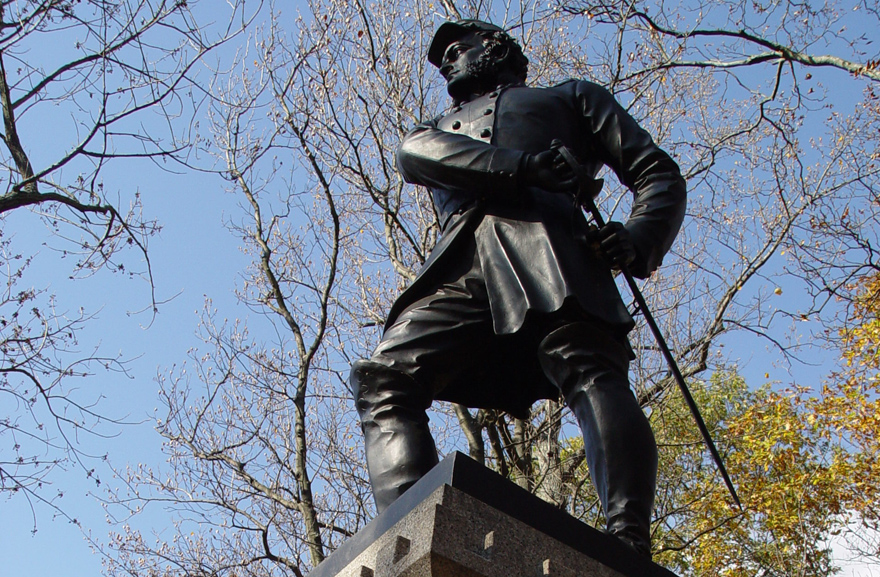 The monument who inspired the figure. Credit : RFM57

The Cw139 is a pretty good replica at a smaller scale of the monument erected in 1899 by the Commonwealth of Pennsylvania. The original sculpture is the work of S.J. O'Kelley, who worked on many other monuments related to the American Civil War. The body pose here is very interesting as it has tension. It represents Vincent just before taking out his sword and leading his men into battle. This is not however the moment just before being wounded as he had a crop given by his wife in hand at this moment. Note that the moment before being hit was also immortalized in another monument at the Blasco Library in Erie, Pennsylvania. The best feature on this figure is probably the face, which is quite well sculpted for the scale. The figure has a very intense expression and intense stare. The hairs might be a little on the light side and maybe a darker color would have been better, but this is hard to be sure based on the black and white pictures we have of him. 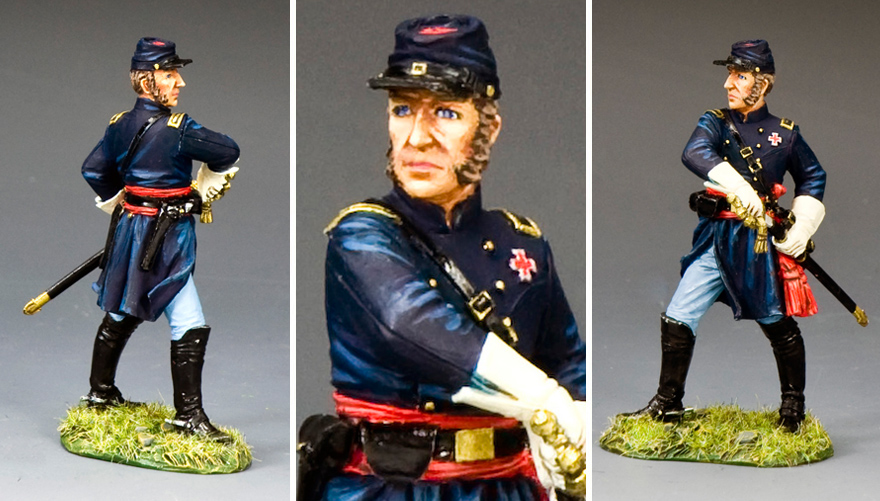 To conclude, Brigadier General Strong Vincent not only had an amazing name, but was a clever man able to lead his men and took advantage of a situation. King and Country's choice to base the figure on the most epic monument ever created for this man and the soldiers of the 83rd is probably the best way to honor this hero of American history. Plus, the sculpture of the face is really well executed! The CW139 will surely join the first Cardinal de Richelieu and the recent Nefertiti bust in my list of the best faces sculpted by King and Country.