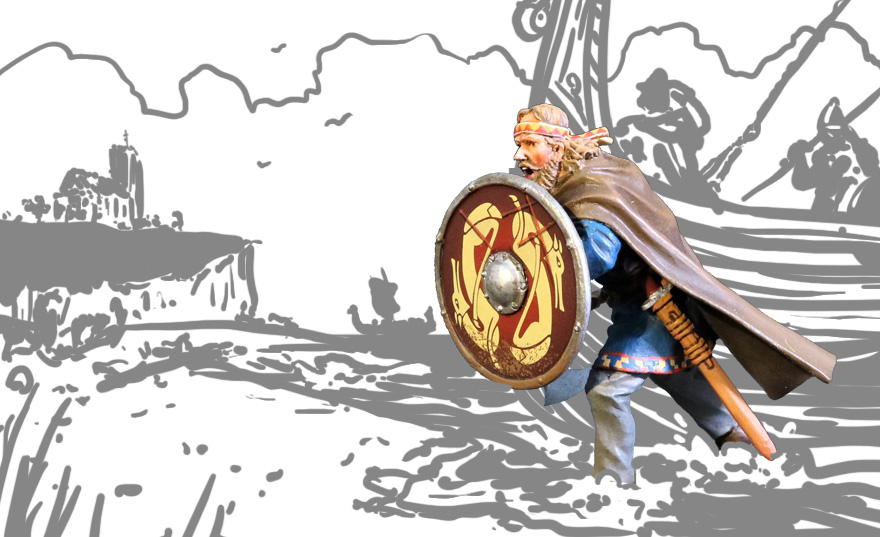 Ask a person if he likes vikings and chances are high that he will say “Yes!”. Everybody likes vikings. However, with all the different movies, tv shows, video games and various cultural influences, everybody seems to have a different representation of what a viking is. For those who like historically accurate vikings, the latest JJ-VIK-21B - Viking Warrior Charging by John Jenkins Designs will most likely please them.

The first thing to look at on this character is his clothing. Many of the viking warriors had no resources to purchase chain mails and helmets. So wool clothing was often used in combat and such is the case with this figure. His clothings are also well decorated around the edges and a big brooch holds his cape, confirming that he does have some money. A lower class fighter would have worn a much simpler dress. 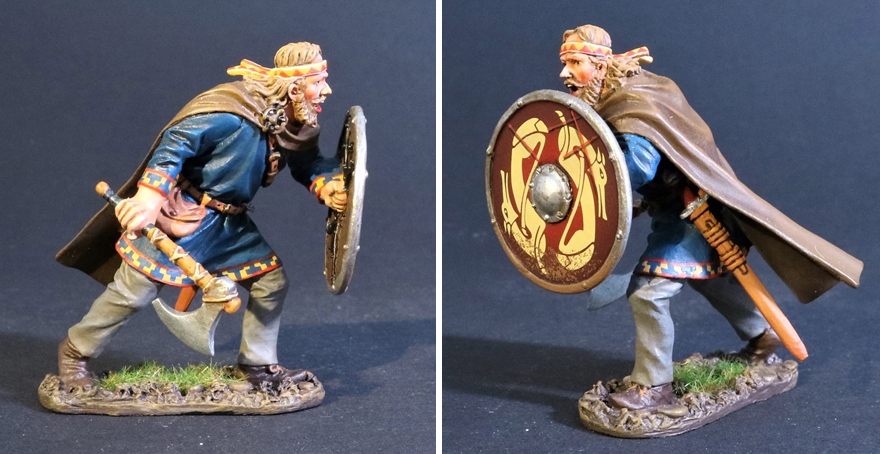 He also wears long hair which is plausible as it was a symbol of wisdom and power. This idea that hair was reflecting such values was shared by other cultures in Northern Europe. In France, the Merovingian dynasty was even nicknamed the “Long-Haired Kings”. Plus it was perfect to  keep the head warm in colder climates.

However, this depiction of a viking can be quite surprising for some as many modern TV series and video games show those warriors very differently. This is because those are more of a creative work than an actual historical thing. The leathery outfits and tattoos we see these days are good looking, but they are totally inaccurate. Those vikings are sometimes stylistically closer to modern bikers than historical vikings! Plus they are always covered with dirt and vikings were known to bathe often. Despite that, they are enjoyable and sometimes toy soldier manufacturers are creating pieces based on those. Such was the case with the now retired VIK013 and VIK014 by First Legion Ltd. 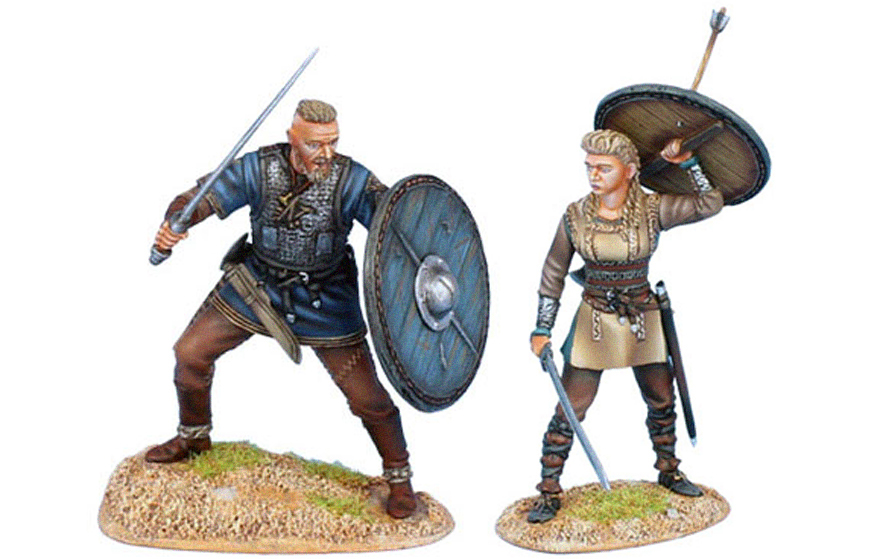 The VIK013 and VIK014 by First Legion Ltd.
Yes! Those were based on the TV show Vikings!

So today is a time where we can enjoy both “historical vikings” and “biker vikings” in our collections. Maybe we will eventually have some “vintage vikings” too based on classic movies like The Vikings with Kirk Douglas. This one has its share of inaccuracies too, but it was so much fun. The question now is “How do you like your vikings?”