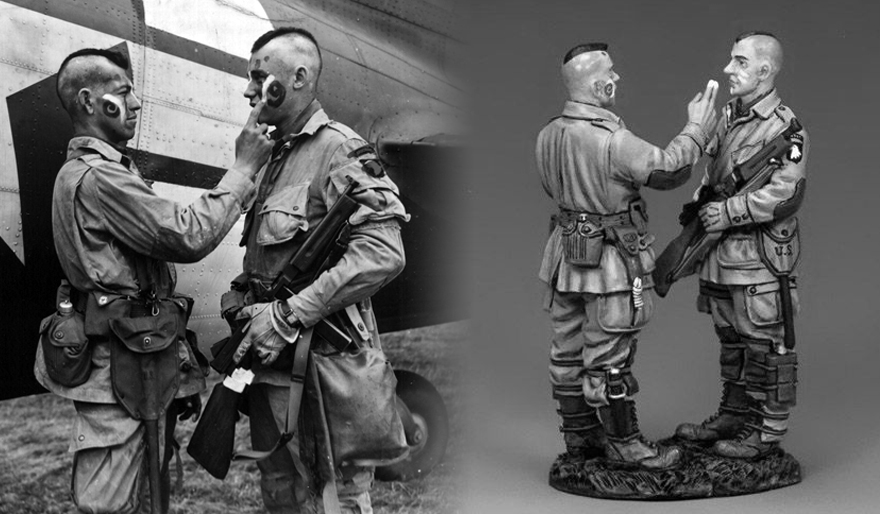 During World War Two, June 44 was quite a busy month. On June 6th, the allies landed in Normandy and so began the Operation Overlord. This episode, also known as Battle of Normandy, ended on august 30th, a few days after the liberation of Paris. Naturally, such important events inspired many toy soldiers. So, to commemorate special month, here is my personal top 5 favorite items related to the Battle of Normandy that are currently available. 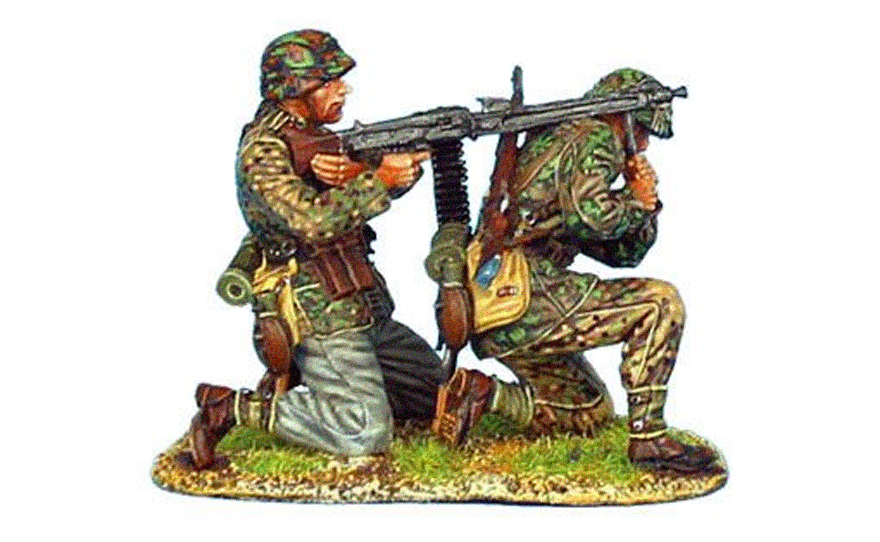 Since I started reading books about World War 2, MG-42 was one of my favorite weapons from that conflict. Not only was it incredibly accurate when mounted on a stand, but it also had exceptional firing rate and clever design features. One of them was the barrel that could be quickly swapped when firing to avoid losing precision because of the heated metal. This set shows the MG-42 being used without its stand. This position was often used when it was impossible to get a clear line of sight if using the small bipod at the front. It was a more common sight when German were taking the offence. In defensive positions, the MG-42 were often positioned in carefully planned areas where shooting was easy and no acrobatic skills were required. One other interesting detail on that set is the complex late war pattern painted on those Waffen SS. In short, this set is for me a very fancy stand to show one MG-42. 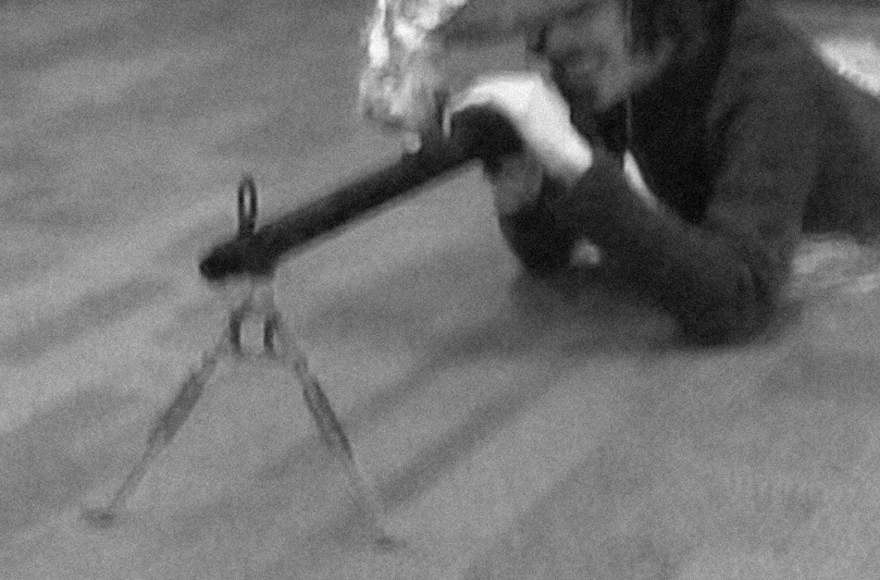 I wish there would be a good way to explain what is happening in this image,
but let's just say that I like this weapon so much that I recreated a MG-42 in Lego a while ago. 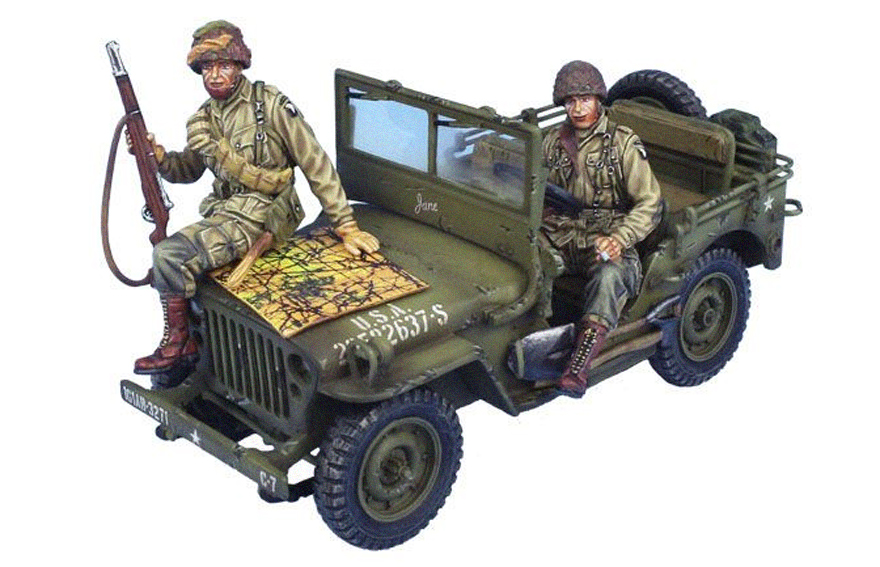 Listen to any World War Two movie or TV series and chances are high that if you have Americans, you will see one of these Willys Jeep. During the Battle of Normandy, his light weight and relatively small size allowed to carry many of them to France. It was also nimble enough to navigate in chaotic terrain and it could do heavy work. They are one of the most iconic vehicles in the world. In fact, even the people with zero interest in toy soldiers or war history will be able to recognize and name this vehicle. So, it’s normal to find this model in that list! This toy soldier comes with 2 men with waiting poses and a map. Together, they give a glimpse of a story, allowing the Jeep to be more interesting than displayed alone. It’s not only a mean of transportation; it now serves as an improvised resting place and a HQ.

Time to enjoy a tribute to Willys Jeep. 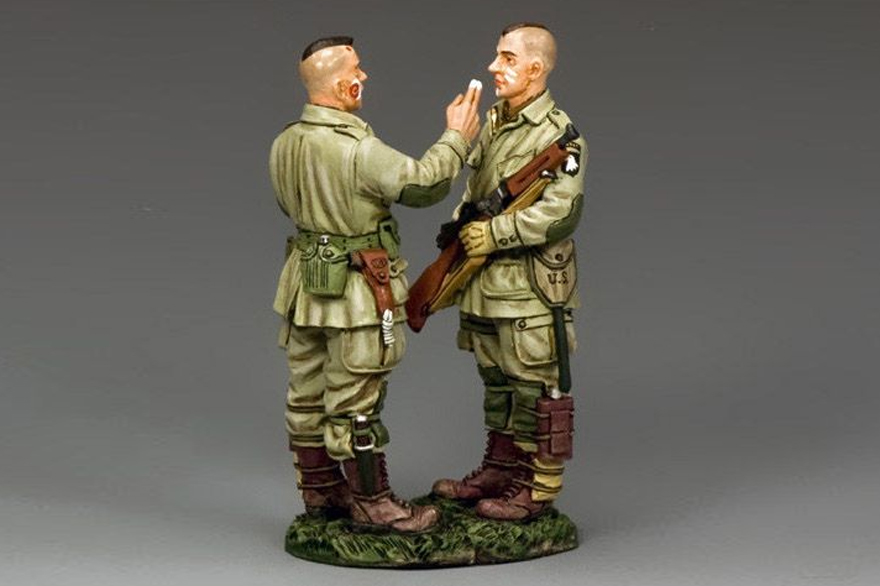 This figure is based on one historical photo and has an interesting story behind it. Jake McNiece served in the 101st Airborne Division during the D-Day events. Being part Choctaw, he decided to honor is native heritage by applying war paints on his face. He shared his idea with his comrades and they followed him. Those war paints proved to be a morale booster in his unit, despite being against regulations. The painted faces were only used by members from the 1st Demolition Section. During their stay in England prior to the D-Day, members from this section refused to wash themselves for weeks in view to save water and use it to cook poached game. They were nicknamed the Filthy Thirteen and they were the inspiration for the movie The Dirty Dozen, one of my favorite world war two movies where the action takes place a bit prior to the D-Day. 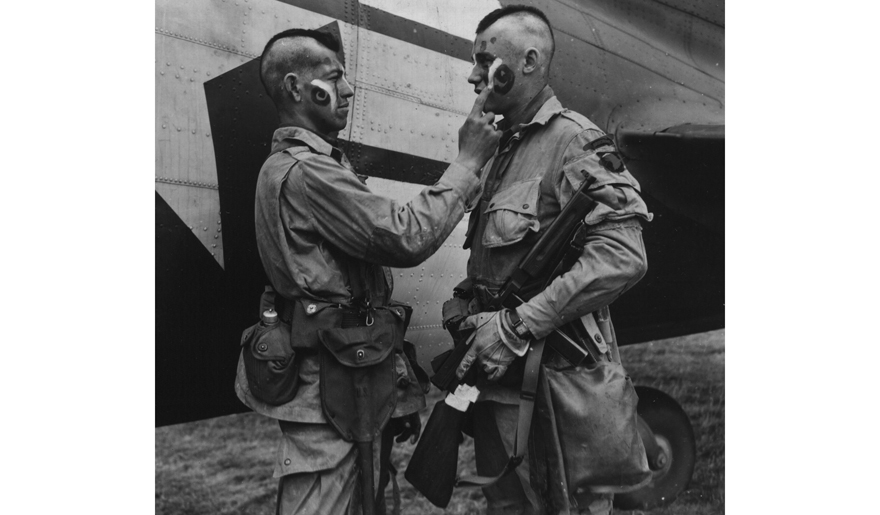 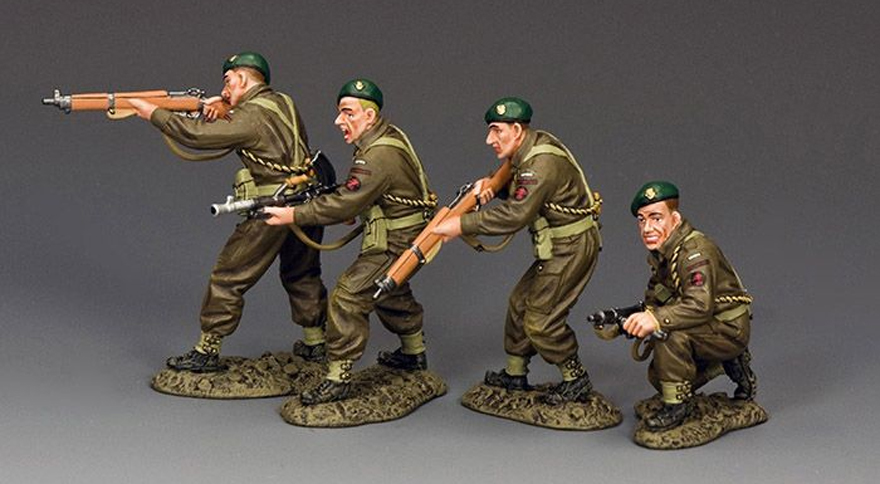 My favorite scene from the movie The Longest Day is the failed first wave of attack on the Casino by the French Commandos. This scene is quite impressive with his long take starting in the streets and ending at the top of the building. Of course, when I saw the French Commandos being produced two years ago, I was more than thrilled! This set of four figures come with two riflemen armed with Lee–Enfield, one Bren gunner and one Sten gunner. Together they illustrate the position of France, counting on England to keep on fighting from outside their homeland. It’s also not very common to have French Commandos depicted in the world of Toy Soldiers. Those versions by King and Country are one of the best I’ve seen so far and they take me back to one of my favorite movie.

Filming such scene is still considered a challenge by today's standards. 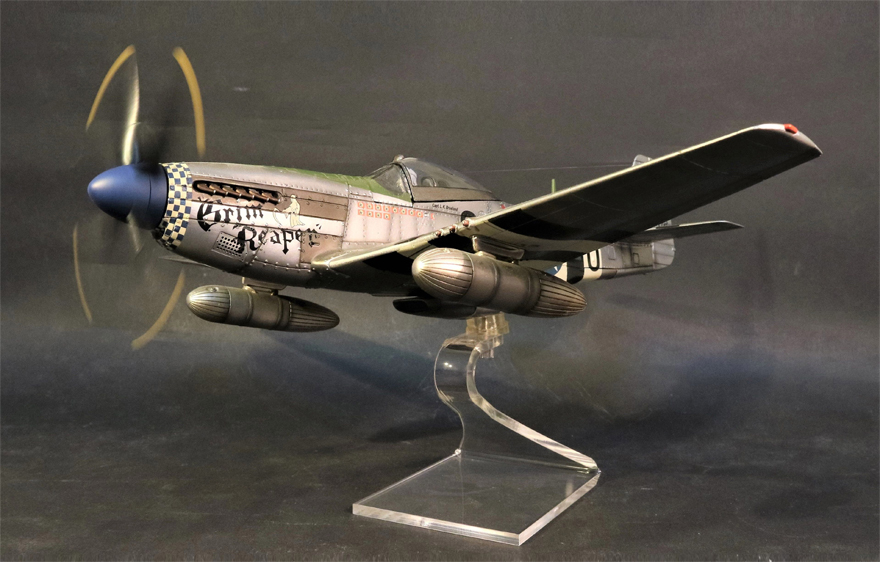 When it comes to 1:30 scale vehicles and specially planes, John Jenkins Designs is certainly amongst the bests, if not the best of all! As a big fan of aviation, I cannot ignore the P-51 Mr Jenkins recently produced. This plane has a very well done metallic finnish as the D-Day black and white marking on its fuselage. This plane comes with alternative landing gear to have it in flight or on ground mode. The canopy is also openable, allowing to show the incredibly detailed interior. This plane also brings nostalgia to me as it’s connected to Aces Over Europe, an excellent flight simulator from the early 90’s. This game is responsible for much of my interest in aviation today with its numerous planes, squadrons and aces included in its content. Of course, the P-51D was one of the available aircrafts for the Normandy Campaign. 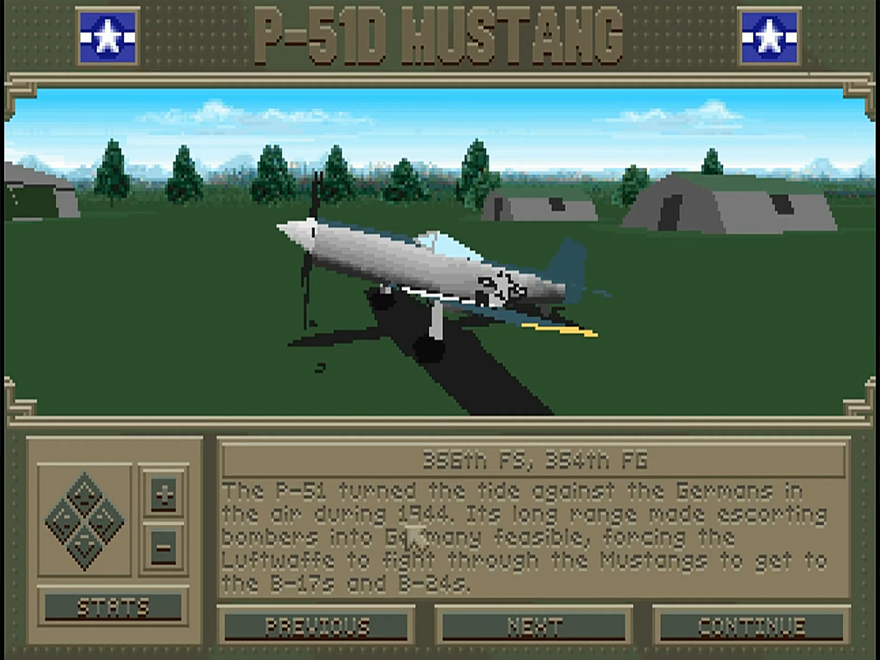 Those graphics were incredible in 1993.

So this was my top 5 for the available D-Day pieces. Feel free to share your top pieces about the Battle of Normandy in the comments below!