God Save the Land Rover!

God Save the Land Rover! 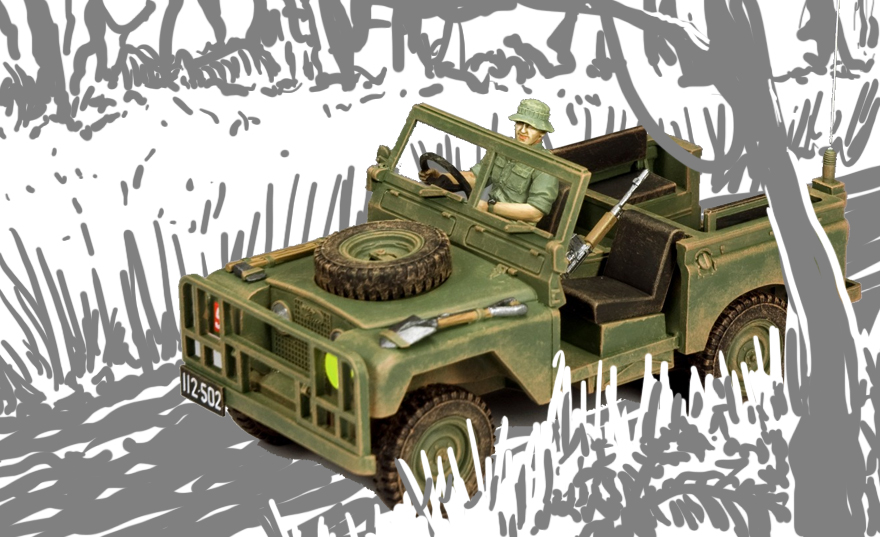 Until recently, bringing Aussie infantry to the front in the Vietnam series by King and Country was a bit of a pain; Their only option was to walk. But luckily for them (and for the collectors too) a new version of the Land Rover was released in June 2021. Behold the VN118 - The Patrol / General Service Land Rover!

This iconic British vehicle has an interesting story. Shortly after World War Two, Maurice Wilks, who was chief designer at Rover, noticed how the civilians were now making a wide use of the American Willys Jeep. There was a need for a simple, sturdy and inexpensively built utility vehicle in England and Wilks started working on a prototype. The basic design was mostly based on the Jeep and so started the Land Rover series. 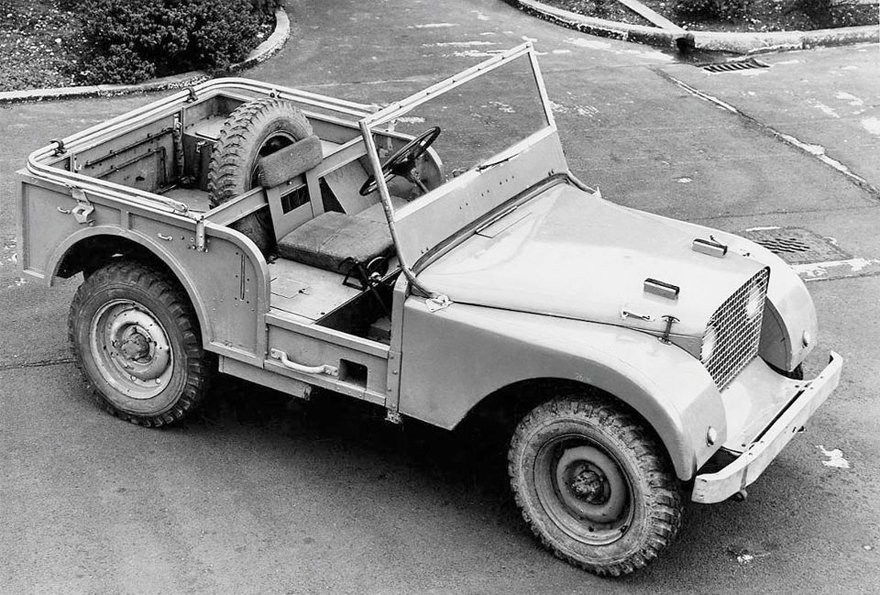 The Land Rover prototype when it was still called a "Centre Steer".
The design is really close to a Jeep.

With his simple bolted-together design, it was easy to make variants of one model. Those versions go from station wagons to the pick up trucks. This Land Rover became quite popular for any civilian or scientific expedition into the wilderness. With such customizable power, it did not take long for the Land Rover to be converted to military uses. This vehicle became part of British army and, of course, many other countries of the Commonwealth, including Australia.

In the case of the VN118, it is exactly what we would expect from one Aussie Land Rover in Vietnam. The vertical front lights alignment confirms this is a genuine military version. The angled cut of the mudguard is also something typical of the version used in the Australian Army. It’s painted in a uniform olive green color and the mandatory King and Country dirt is applied on the lower part of the vehicle, making it compatible with the other pieces in this collection. A really great improvement with this set is the addition of a very enjoyable L1A1 Self Loading Rifle to go with the seated figure. How many times did King and Country release a vehicle driver with no means to protect himself? The addition of this small weapon makes the whole set beautifully realistic.

What a lovely gun to have with this vehicle!

What is wonderful with this new release is that it’s not only a repaint of its brother the VN097 - The Australian Military Police Land Rover. This first Land Rover produced for the Vietnam series was good looking, but it was a MP version, making it less interesting for many collectors focusing on battle scenes. Those two models share some mould parts but they are drastically different.

The opened back section of the VN118 makes it interesting for a bit of customization on the cargot. It’s possible to put some crates inside the back section. And if crates are not your type, the figures from the VN125 - Aussie Land Rover Crew Set were specifically designed to seat in there. 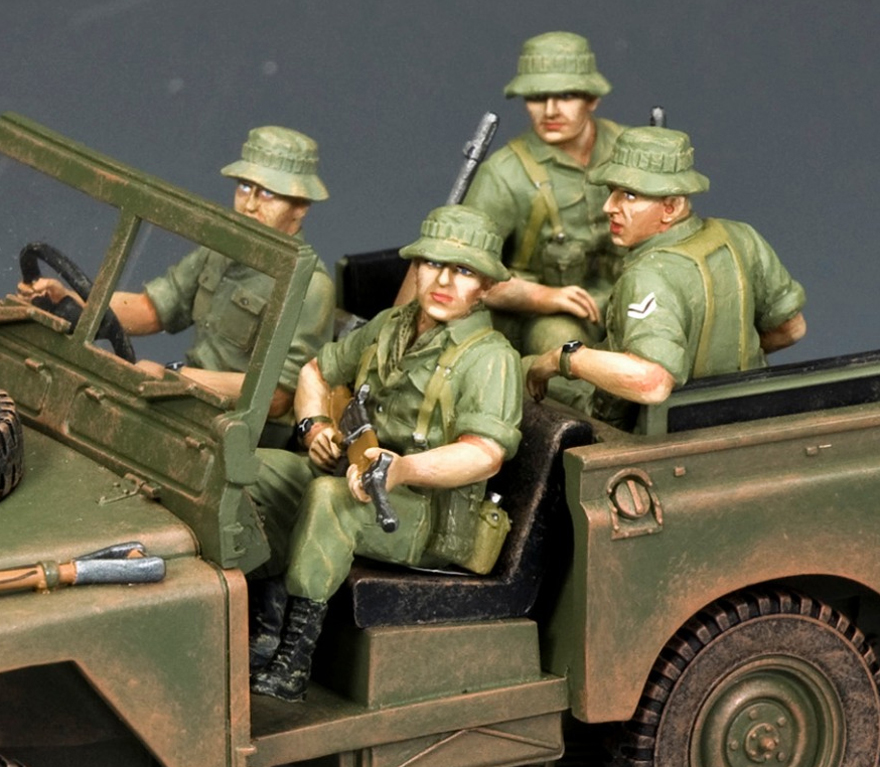 A full shipment of Aussies, just in time for the battle.

To conclude, it’s a good Land Rover and it will please as much the fans of the vehicle itself as the fans of the Vietnam collection. By the way, since it was launched, the Land Rover became one the Queen's all-time favorite vehicles to visit her estate! And what better way to end this blog entry than by looking at Queen Elizabeth driving her own Land Rover like a queen!