Can we do a top 5 for Halloween?

Can we do a top 5 for Halloween? 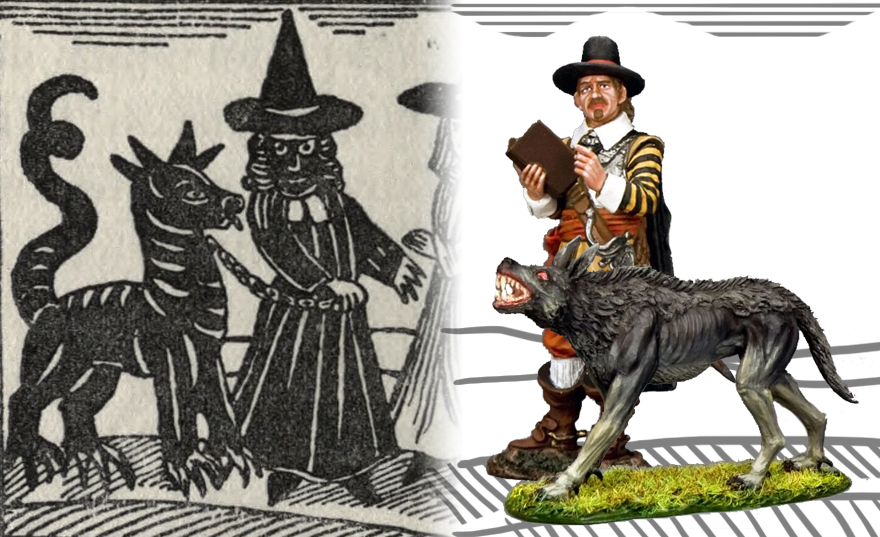 When it comes to Christmas, toy soldier manufacturers are keen to produce pieces. King and Country has a whole collection dedicated to this subject and even John Jenkins Designs released the JJ-SBX-01 - British Christmas Set for his Battle on Snowshoes collection. But when it comes to Halloween, it seems that the theme is totally forgotten. It’s true that each collection related to war has its share of horrors, but what about true horrors? Against all odds and hidden within random collections, it seems that some pieces can qualify as horror pieces. So let’s have some fun and look at this relatively far fetched top 5 of most Halloweenish toy soldiers.

#5 WW016 - Undertaker And Gunfighter In Casket

You can see caskets everywhere during Halloween. It’s a classic! They are also in many horror movies, hidding night creatures or not quite dead people. This ex-gunfighter might not be the most spooky thing on Earth, but this set certainly has a bit of a horror vibe with its shady undertaker. He is most likely the kind that will sell the corpses to a wild west version of Dr Frankenstein. Note the second cheaper casket in the back, probably used for the proper burial as the fancy one on the front might be there only for the show and reused later.

Let’s continue with a retired item. Released in 2012 for the Napoleon in Egypt collection, the NE021 is representing an Egyptian showing (and maybe trying to sell) a mommy to a curious French soldier. Many of us have seen horror movies such as The Mummy with Boris Karloff and we all know where this is going; If there is to be a curse, this is how it will start! So this might not be direct horror, but it could be the first step towards it. The mummy is not attached to the sarcophagus and can be used in other contexts. If you find one of those sets on the used market, just keep in mind my friendly advice: Ask the owner why is he selling it. Else, you might end up with a cursed item…

This figure is actually representing a real person. The Witchfinder General is none other than Matthew Hopkins, a self-appointed witch hunter who took advantage from the chaos of the English Civil War to build his own career and torture people. In total he managed to execute more than 300 people accused of witchcraft. Of course, none of his victims were real witches. If you ignore this major detail, actively hunting evil forces is perfect in a Halloween context! Who never wanted to hunt down night creatures just like Peter Cushing hunted vampires?

#2 WoD070 - Sherlock Holmes & The Hound Of The Baskervilles

This recent item was already covered in its own blog entry. Nonetheless, it has its place in that top 5. In the novel The Hound Of The Baskervilles by Sir Arthur Conan Doyle, the hound is described as a ghostly and unnaturally large beast that glows in the dark. The apparition of that beast is claimed to be linked to an old curse on the Baskerville family. I guess this qualifies as a horror theme. The toy soldier is not glowing in the dark but still is representing a monstrous hound with creepy red eyes.

Of course! The WoD038 must be in that list as it literally has “Ghost” in the title! This character, created by Charles Dickens, represents Scrooge’s old business partner in his ghostly form. Today, we portray ghosts as white sheets floating with holes for eyes, shapeless ectoplasm or transparent people, but during the Victorian era, those were portrayed as people covered with rattling chains. Each link of those chains was apparently representing a sin or a regret that prevented the soul from departing. So this is probably the most proper piece for Halloween. Plus this is a piece that you can reuse for Christmas too.

Talking of Christmas, keep in mind to order your presents as soon as possible. With the current covid-19 situation, parcels might take even longer than usual to arrive. Plus there is currently a contest on this website. There is a 100$ US gift certificate that will be given to one person amongst those who placed orders between today and November 19th 2021. All you need to do is purchase anything from Toy Soldiers Club and you will automatically enter the contest. And if you are the one wanting toy soldiers for Christmas, inform the ones around you about this!

So this concludes the top 5 most hallowinish pieces. I know that it’s quite a far fetched top 5, but hopefully we will see more pieces fitting in that theme in the next few years. And if you think of a set produced by First Legion, John Jenkins or King and Country that would fit in this list, please share it here!