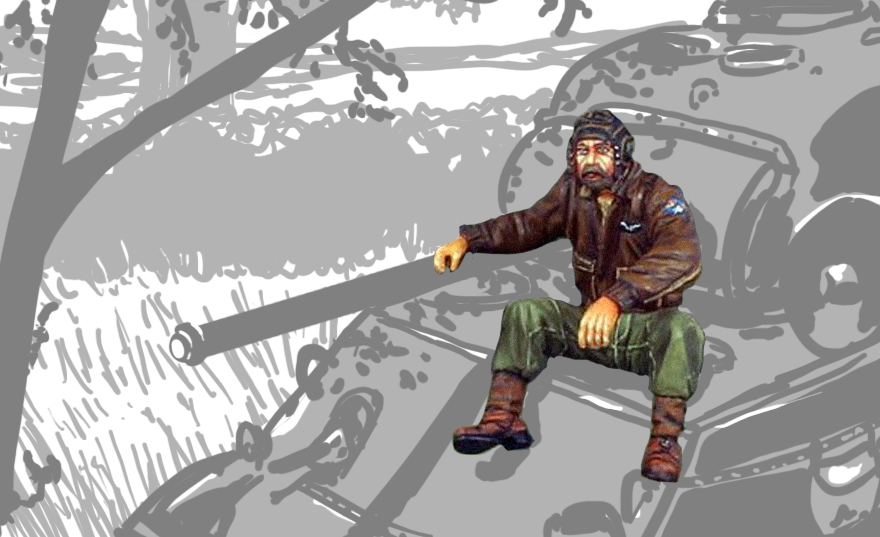 Few years ago, First Legion released an extraordinary figure of a USAAF seated passenger. But this figure is weird. The pilot has a generous beard and this would never be possible because of the oxygen mask required to fly in high altitude. So, for most people, this toy soldier makes no sense. However, for those who watched Kelly’s Heroes, the NOR052 - USAAF Pilot Passenger is a masterpiece.

Kelly’s Heroes is a World War Two action/comedy movie released in 1970. The story is not about glory, fame or decisive battles who changed the turn of the war. It’s about a bunch of american soldiers who are deserting the army in view to mount their own operation and steal nazi gold behind enemy lines. The movie is not taking itself seriously with its very early 1970 soundtrack (Burning Bridges by Mike Curb Congregation plays constantly) and references to the western movie of that time. Amongst the main characters, Oddball, played by Donald Sutherland, is certainly the most marking one and might even be stealing the show to Clint Eastwood. With his long hair and beard, Oddball is a tank commander who is closer to a hippie than a serving officer. He and his commune of waiting-in-reserve crewmen are spending their time listening to music, modifying tanks and designing artistic paint splashing munitions. He is also always wearing his iconic USAAF pilot jacket despite being a tank commander. So yes! The NOR052 is not a USAAF pilot passenger. The NOR052 is Oddball! 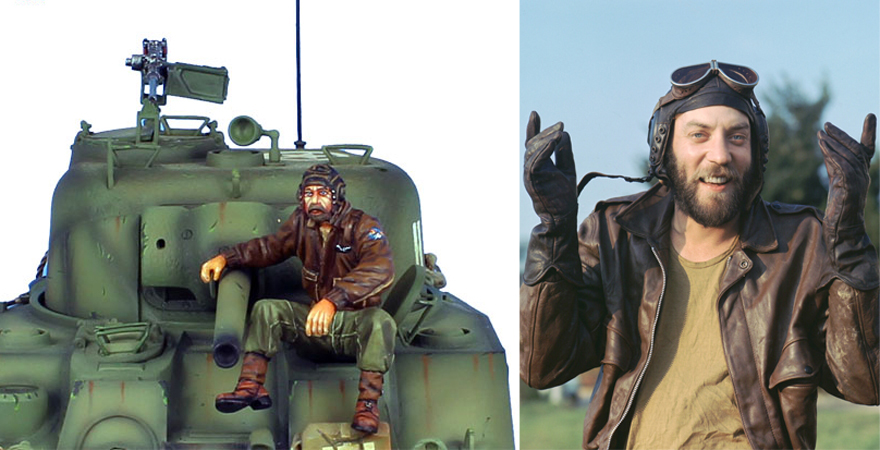 No need to argue with negative waves! He is Oddball!

The figure produced by First Legion is seated in a very casual pose, quite fitting with the character. It matched the character’s odd behavior. With a bit of creativity, it is possible to seat this toy soldier at various places such as in the picture above with the tank. However, its body pose makes more sense if you put it back in its context. When it was released, it was at the same time as the still available NOR051 - Staff Sergeant Passenger and the now retired NOR050 - Willys Jeep. So it was designed to seat in a jeep, but can be seated elsewhere. All together, they were making a nice bunch of figures based on the movie.

Kelly’s Heroes might not be a good movie, but it’s certainly fun and entertaining. Therefore, it has a lot of fans amongst the toy soldier collectors. And so, this figure is not the only reference to that cult movie. When First Legion released the NOR051, King and Country also launched a few sets based on that movie. The DD261 - Oddball Sherman, the DD239 - Gang of Heroes, the WS311 - Karl Otto's Tiger 1 and the WS308 - SS-Oberscharfuhrer Karl Otto were all pieces inspired by this movie. However, they are all retired now and therefore the NOR052 by First Legion is the only Oddball still available on the market. 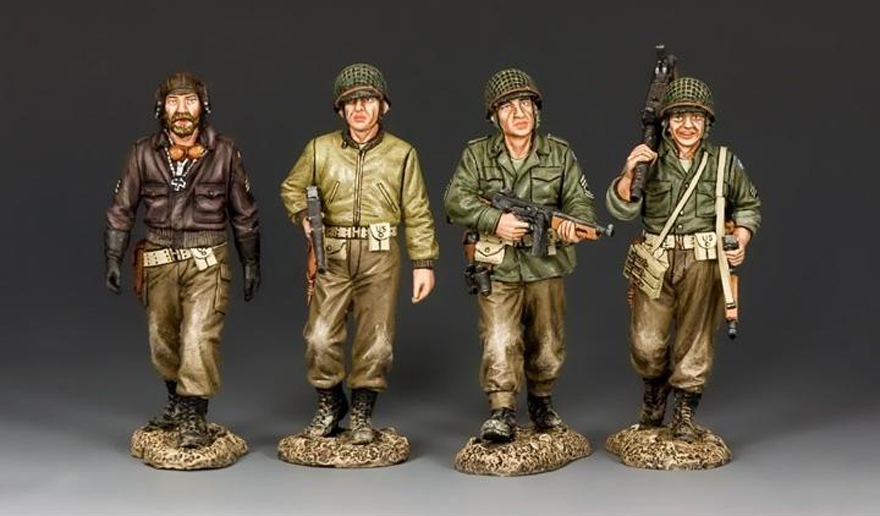 The DD239 - Gang of Heroes by King and Country.
“All those burning bridges that have fallen after me
All the lonely feelings and a burning memory”

There are some speculations that the character of Oddball was inspired by the German tank ace Kurt Knispel. With his 168 Kills, Knispel was the top tank commander within the German army. But he was also known to not fit within the Third Reich’s army, wearing a beard, listening to prohibited music and even assaulting a senior officer who mistreated soviet POWs. He always escaped the consequences of his rebellious behaviour because he was beyond good and the German army could not afford to lose him. This is also why the German propaganda ministry never really used his image, preferring the cleaner looking Michael Wittmann to represent the tank hero. 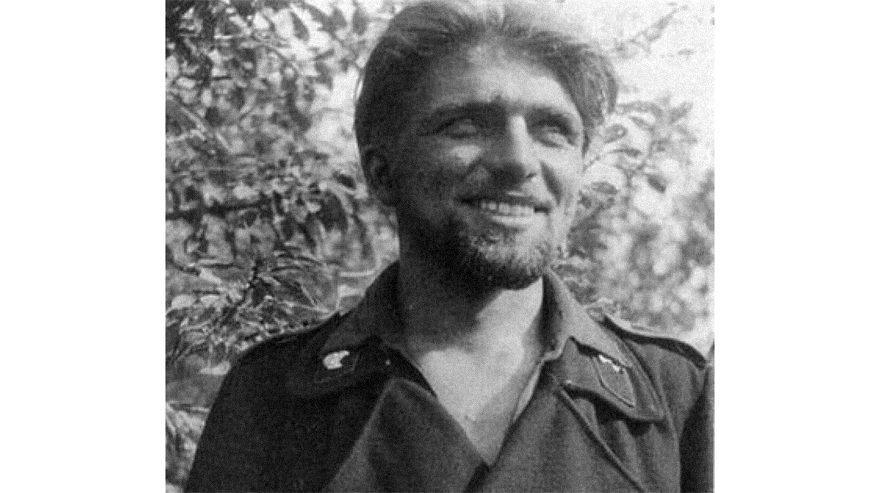 Was Kurt Knispel the inspiration for Oddball?

To conclude, fans of Kelly’s Heroes should not miss this opportunity to get one Oddball while it is still available. For those who never saw the movie, here is the trailer... And don’t send negative waves!