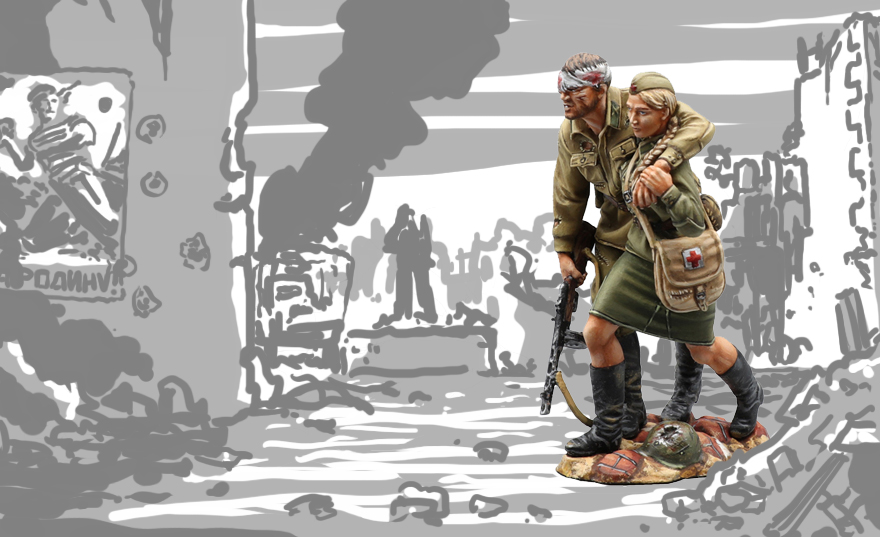 This month, First Legion released a new vignette for the Battle of Stalingrad collection. But this time, there is a woman! King and Country produced several female characters in the past for its Red Army collection, but this is the first one for First Legion’s soviet forces. So let’s look at the RUSSTAL066 - Russian Wounded Assisted By Female Nurse and the story that goes around it.

With the 1917 revolution, the Soviets started to redefine the role of women to make them, as much as socially acceptable for the time, equals of men. So during World War Two, units of female soldiers were sent to the front. Those were judged as degenerated by the traditional nazi standards who wanted the women to stay away from the frontline. Therefore, German leaders were merciless with the captured soviet female soldiers. Field Marshal Günther von Kluge issued the order that “Women in uniform are to be shot.” Nonetheless, it’s more than one million of women who served in the soviet armed forces during the Second World War. Amongst those serving women corps were the nurses. Germany also had nurses during the war, but they were usually staying behind the frontline, in the field hospitals. Soviet nurses were there too, but were also on the field serving as combat medics on the battlefield.

The figure that we have here today is indeed a proper combat medic uniform with a skirt, first aid bag, tall boots and pilotka. With her blond hair, smooth face and stern attitude, she also has what is probably the best looking woman face ever produced by First Legion in the painted 54 mm figures. She is assisting a wounded soldier to walk. The soldier’s face is covered with bandages and he is still carrying his PPSH41. A heavily destroyed helmet on the ground suggests that the patching up just took place at this very same spot. The facial expression on the soldier is especially well done and subtil compared to the usual “screaming faces” we see on wounded toy soldiers. This one is looking in pain, but still able to contain himself. So congratulations to First Legion for the faces sculpting and painting on this vignette! 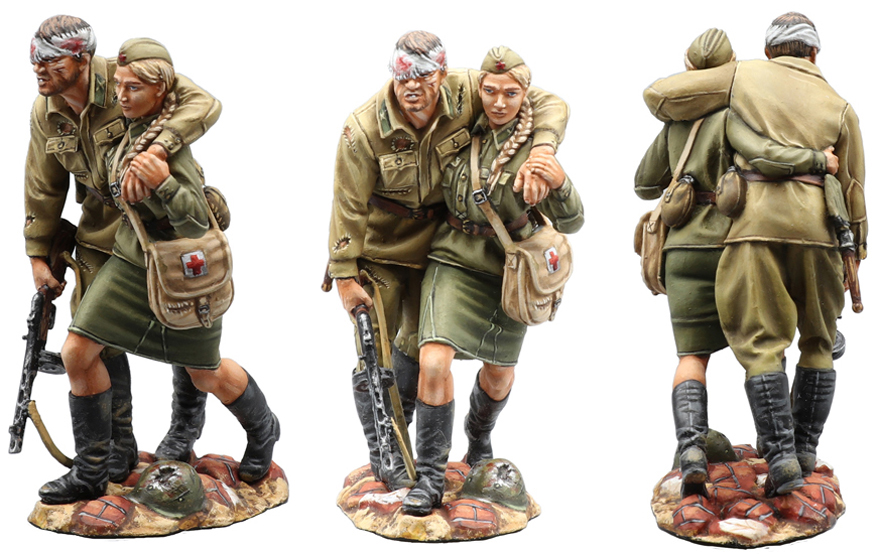 Those with a good visual memory might find this vignette familiar. It seems to be greatly inspired by this picture taken during a battle on the Eastern Front. Except for a few minor details such as the hair color on the nurse and missing PPSH41, this is quite close looking to the vignette First Legion came with. Note what seems to be the rear end of a Jagdpanzer IV burning in the background. The texture on the armor suggests the picture was taken somewhere in late 1944 or early 1945. 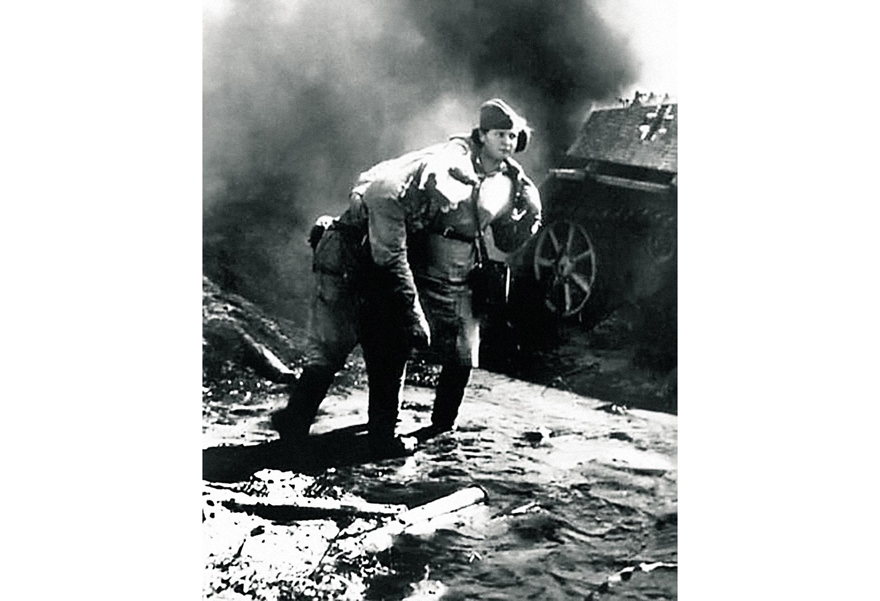 Talking of women, did you know that we now have a browse by themes feature on our website? This section is still under development but it is already accessible. Recently a category to see all the female figures on the web site was created. New themes like this will be available in the future. This blog entry is just the perfect timing to bring that up! 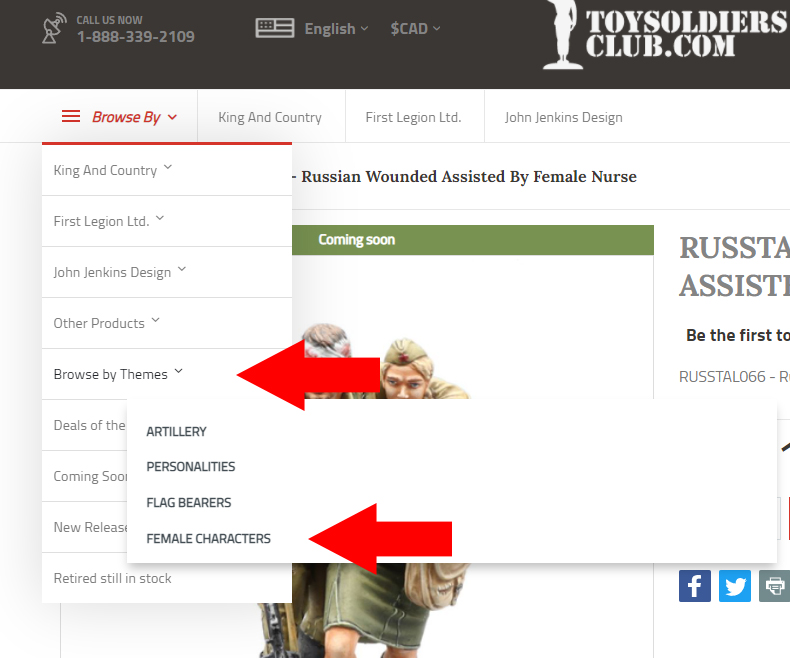 To conclude, First Legion pieces are amongst the most detailed ones on the market. Their price might scare a few collectors, but it’s worth getting them as they are simply marvelous! For unsure collectors who hesitate to start with First Legion, this vignette might be a good item to test their products. It is a beautiful piece on its own and it’s probably the best vignette produced by First Legion so far. Eventually, if adding more pieces is something in the project, it will be easy to do so with the vast selection of pieces in this collection. Plus, she is the first woman in this collection!