Booster Sets Are Back!

Booster Sets Are Back! 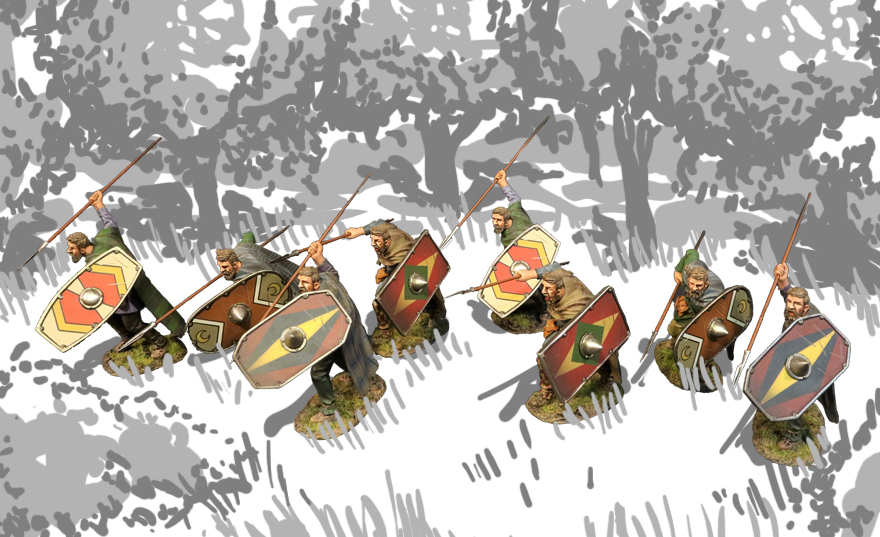 Back in 2016, when celebrating the 10th anniversary of his business, John Jenkins came with several booster sets. Those limited edition products contained massive quantities of figures for a ridiculously low price. For January 2022, John Jenkins came with two new booster sets for the Armies And Enemies Of Ancient Rome. Let’s look at the JJ-AGBS-A - Cherusci Warriors set before it disappears!

The Armies And Enemies Of Ancient Rome collection includes several pieces from different tribes and nations from the age of ancient Rome. The time range in this collection is actually quite vast, spanning from the early republic to the early years of the Roman Empire. This means tons of different Roman troops and enemies from all around Europe and North Africa.

Amongst those enemies of Rome are the Cherusci Warriors. The Cherusci territory was located in northwestern Germany, about where Hanover is located today. This tribe is greatly associated with the Battle of the Teutoburg Forest in 9 AD as it was amongst the allied Germanic tribes participating in the fight. This battle, leading to the annihilation of three Roman legions commanded by Varus, is considered to be the most important defeat of the whole Roman history.

The style of the Cherusci warriors is much like the one of other nearby tribes. Their shields and spears had nothing exceptional and were commonly used. What makes the Cherusci visually unique is the use of the cherusker sword combined with the way they tied their hairs in a big knot. 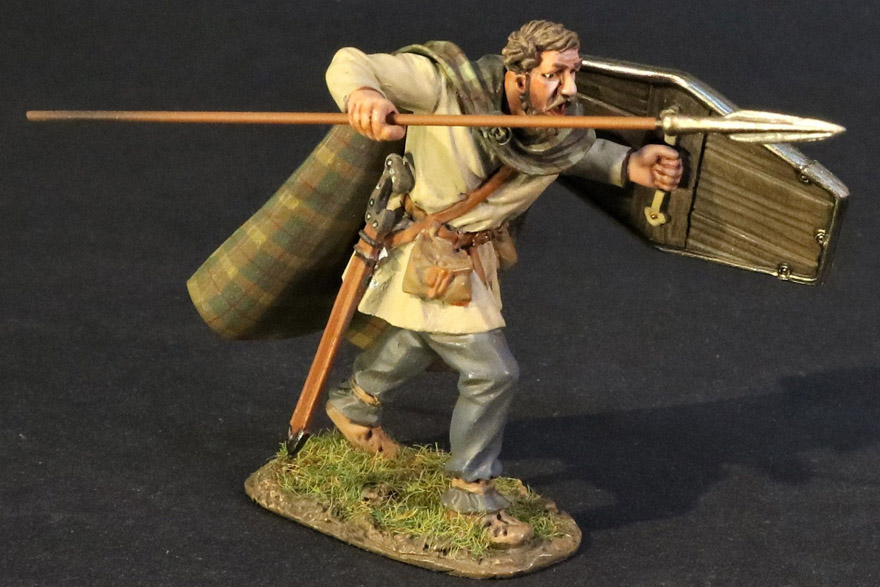 Notice the cherusker on his waist and the hair knot.
Those are trademarks of the Cherusci tribe.

The first Cherusci warriors were released in late 2018 and early 2019. Like many other pieces from this collection, those were available in two different versions named A and B. The differences were in the color schemes and the shield model. Those options were useful to diminish the effect of repetition in massive dioramas.

This new booster set contains four pairs of figures, meaning that you will get doubles. There are no color variations in this box, but the other versions are available in the JJ-AGBS-B - Cherusci Warriors. So if you have a friend collector, trading figures to get no repetitions should be easy with one box of each. The figures included were originally released under the codes JJ-AG-03A, JJ-AG-04A, JJ-AG-05A and JJ-AG-06A. The original individual pieces were 49$ US each and the booster set is 255$ US. This means that each figure in the booster sets costs 31,88$ US and that you save 137$ US.

All the figures included in the JJ-AGBS-A - Cherusci Warriors.

To conclude, this deal should interest collectors that are looking to recreate the Battle of the Teutoburg Forest. Just make sure to order those as soon as possible. Back in 2016 when the first of those booster sets were released, they were in such small quantities that many dealers did not even have the minimal number to fulfill the orders! And keep in mind to stay alert for the next releases. Those booster sets rarely come alone and maybe other boosters will be of high interests for you and your collection!