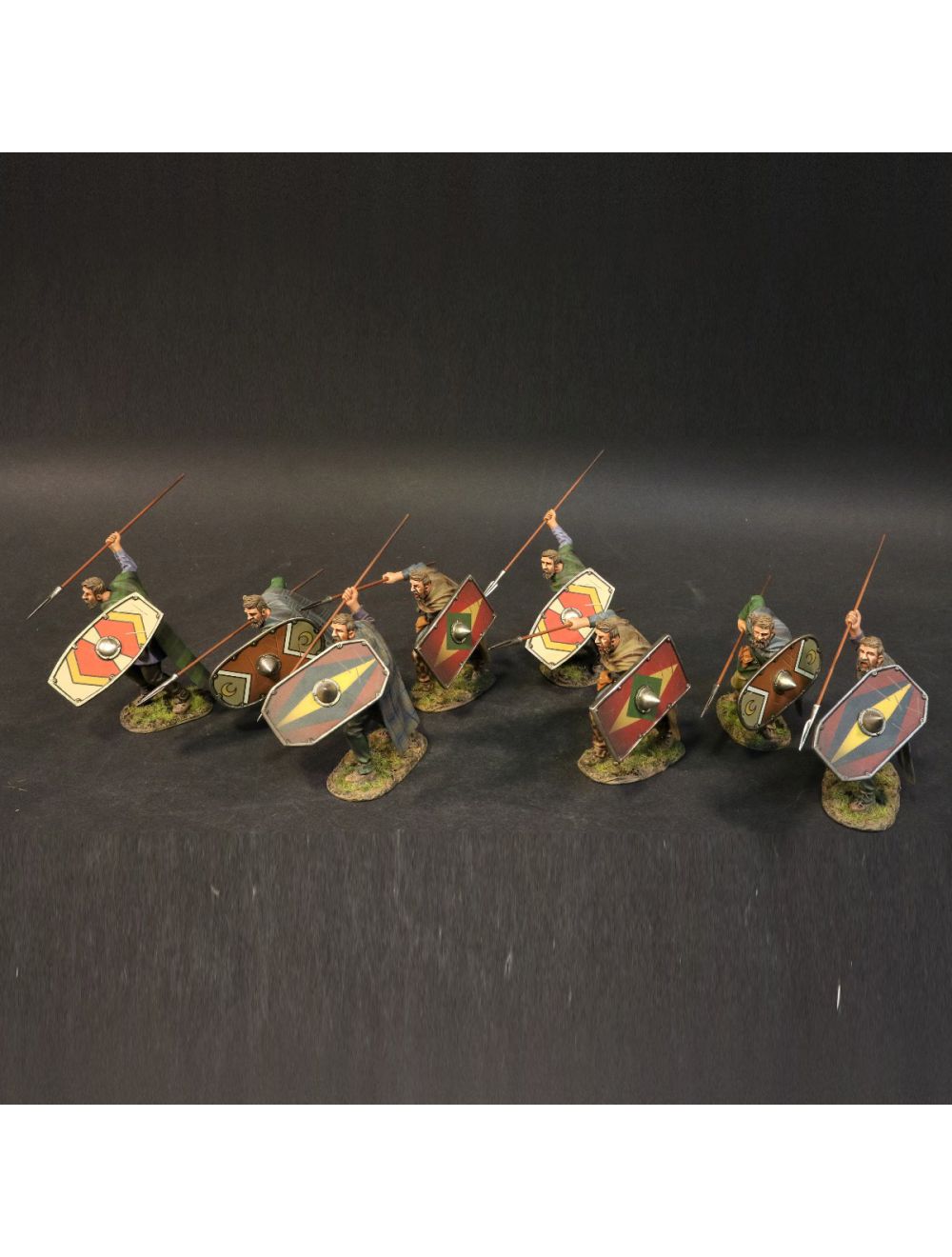 Be the first to review this product
SPECIAL BOOSTER SETS TO START THE NEW YEAR 2022. ARMIES AND ENEMIES OF ANCIENT ROME.
$255.00
SKU
JJ-AGBS-A
Add to Wish List Add to Compare
Details

Following two decades of Roman occupation, Germania Magna erupted into revolt in AD 9, resulting in the stunning loss of three Roman legions to an alliance of Germanic nations at Teutoburg. The Battle of the Teutoburg Forest, described as the Varian Disaster by Roman historians, took place in the Teutoburg Forest in 9 CE, when an alliance of Germanic tribes ambushed and decisively destroyed three Roman legions and their auxiliaries, led by Publius Quinctilius Varus.

The alliance was led by Arminius, a Germanic officer of Varus' auxilia. Arminius had acquired Roman citizenship and had received a Roman military education, which enabled him to deceive the Roman commander methodically and anticipate the Roman army's tactical responses.
Despite several successful campaigns and raids by the Romans in the years after the battle, they never again attempted to conquer the Germanic territories east of the Rhine river. The victory of the Germanic tribes against Rome's legions in the Teutoburg Forest would have far-reaching effects on the subsequent history of both the ancient Germanic peoples and the Roman Empire. Contemporary and modern historians have generally regarded Arminius' victory over Varus as "Rome's greatest defeat", one of the most decisive battles recorded in military history, and as "a turning-point in world history"

The Cherusci nation, was a Germanic tribe that fought at the Teutoburg Pass, Weser River, Idistaviso and the Agrivarian Wall under its war chief Arminius. These warriors were perfectly equipped for the Germanic landscape of open fields, forests and swamps. The weapons which were used included the long lance or Framea, which could be swung, thrust or thrown at an opponent. Hair was grown long and often tied up in a figure of eight or “Suebian” knot.

In the Cherusci warrior the Roman Legionary met a formidable opponent. The Germanic warrior was a well trained, battle-hardened, combat ready and motivated fighter, who excelled in irregular warfare, ambushes, raids and petty warfare. In an ambush the lightly armed Germanic fighter could decisively defeat a heavily equipped legionary by using surprise and the terrain to his advantage.

In a set-piece battle the German could stand up to the Roman Leginary discipline and formations for a while, but in close quarters combat the advantage eventually shifted to the legionary, as at the Battle of Idistaviso, and the Angrivarian Wall.