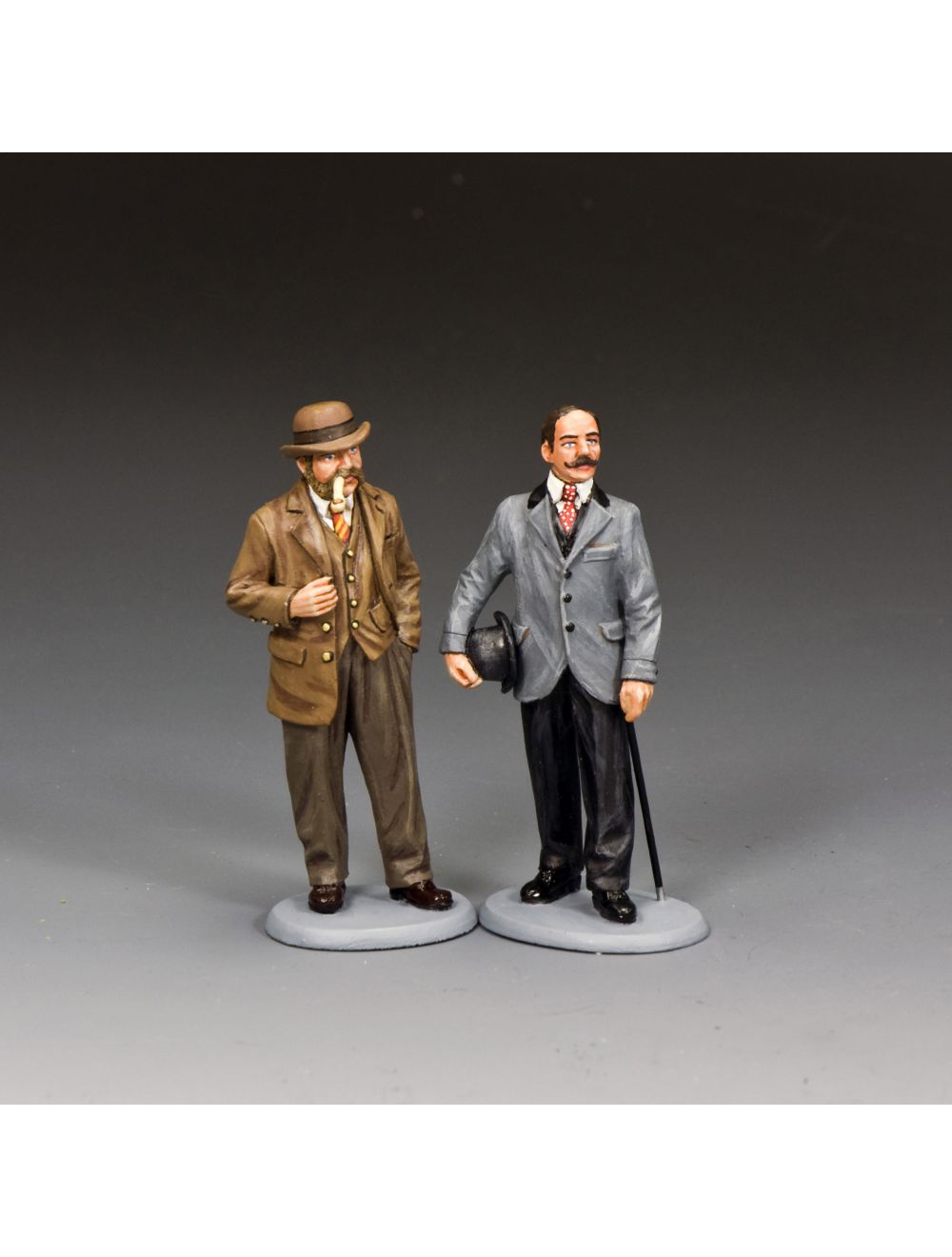 Be the first to review this product
$85.00
SKU
WoD066
Add to Wish List Add to Compare
Details
In fiction Lestrade appears in no less than 13 of the Sherlock Holmes tales and is described as ‘one of Scotland Yard’s finest detectives’. That being said he is often portrayed as solid, reliable but lacking the almost superhuman knowledge and imagination of Holmes himself. However, he’s always useful as a ‘good man to have around’ in a difficult or violent situation. Lestrade’s contemporary and fellow Scotland Yard detective is ‘Inspector Bradstreet’, who worked out of Bow Street Police Station and was member of the Metropolitan Police’s ‘B’ Division.
Physically, he is a contrast to the slim, slightly built Lestrade – Bradstreet is big and well-built and often wears a tweed suit which might indicate a more rural upbringing and early life.
Both fictional detectives have also appeared in several films and television series about Mr. Holmes & Dr. Watson’s many adventures.
Reviews
Write Your Own Review