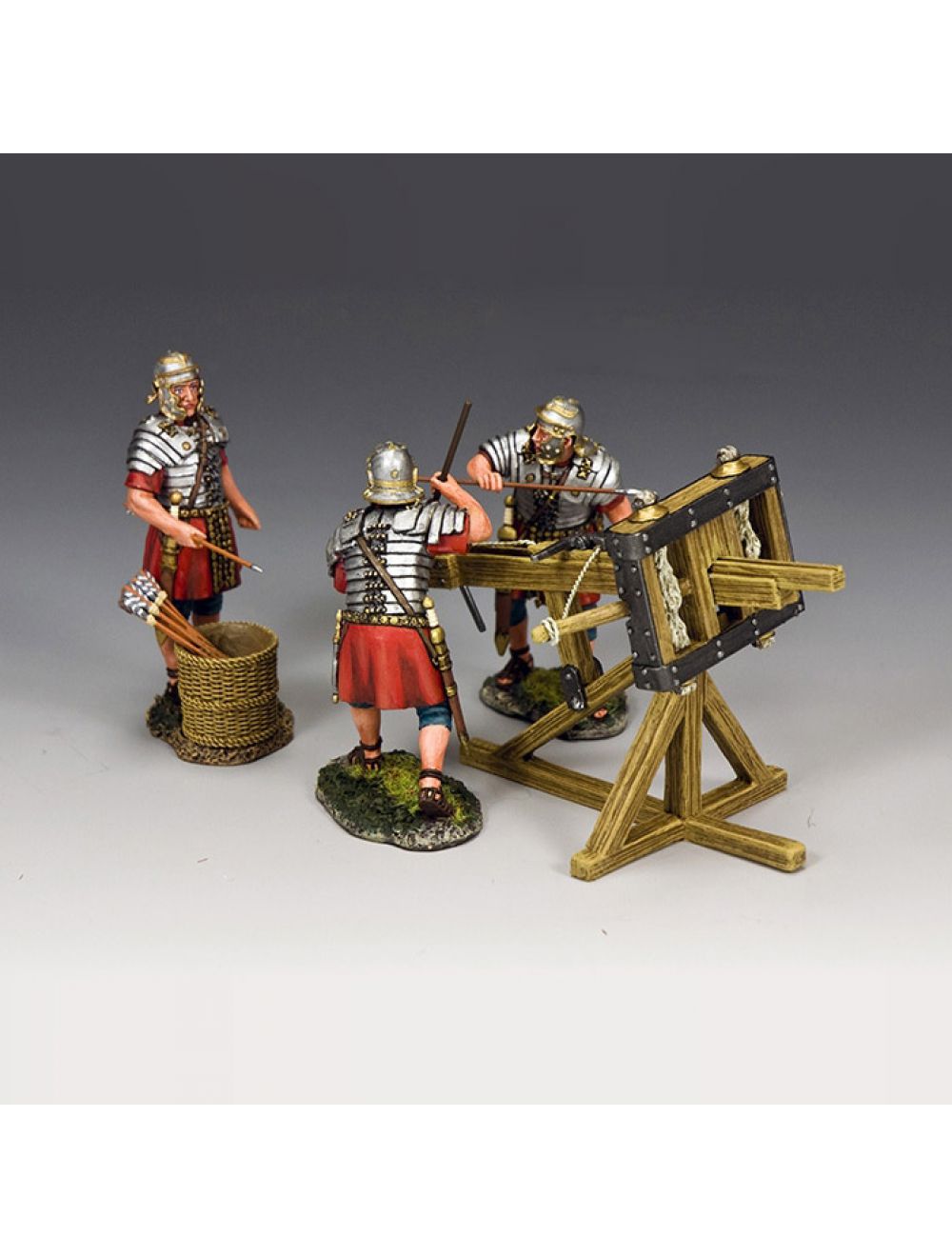 Be the first to review this product
$189.00
SKU
KC-ROM033
Add to Wish List Add to Compare
Details
The Ballista, sometimes called the bolt-thrower was an ancient missile weapon that launched a deadly projectile at a distant target.
Originally designed by the Greeks, the Roman Army improved and adapted it to meet their more mobile military requirements as they campaigned throughout the Mediterranean and across Europe.
Because of its mobility and adaptability it could also be used on ships as well as to defend fixed fortifications.
Many different sizes and styles were employed however the most numerous in service were the smaller, easily portable versions similar to the one K&C has made. A crew of three Legionaries was usually employed to transport the weapon, assemble it and fully operate it in battle.
Reviews
Write Your Own Review