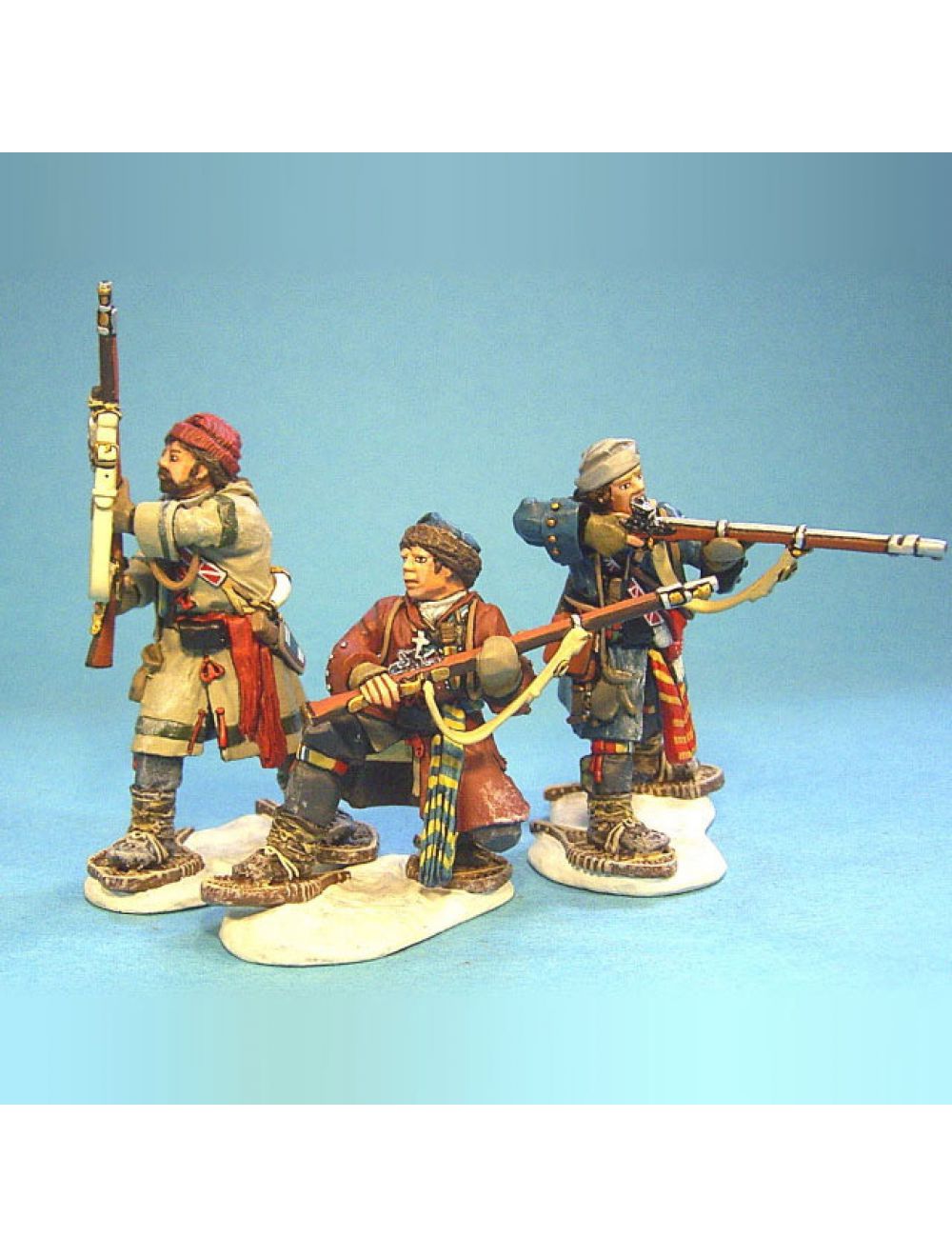 The French force was composed of three types of men. The volunteers of the La Reine regiment, the Compagnie Franches de la Marine, and Langy’s Canadians, or Canadian militia.
The militia preferred to wear woolen caps (toques) which were usually red, blue or white. The caps could also be lined with fur, and were called “Canadian caps”.
It was common that a “capot” was worn, these were also in different colours, mainly gray, blue or browns. The capot was a well tailored coat worn by civilians, complete with turned back cuffs, buttons and pleats. The waist was gathered by use of a woven sash, called a “ceinture fleche”.
The militia was an elite force, completely at home in the wilderness. Most had grown up with a firearm in their hands, for use in hunting and fighting the Indian from the earliest days of New France. It was said “there was not a one of them who was not a clever marksman and who did not own a rifle”.
Reviews
Write Your Own Review