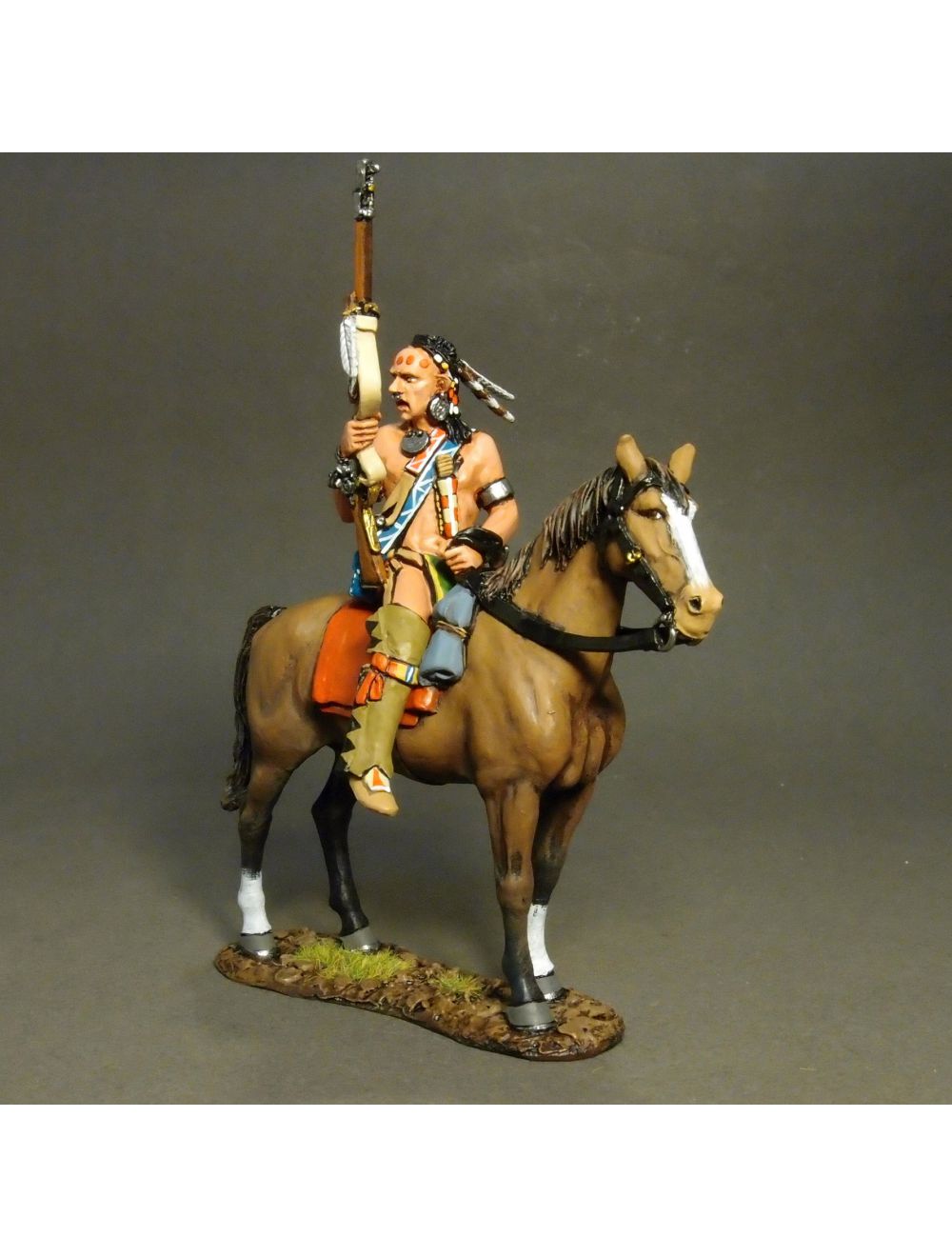 Be the first to review this product
$88.00
SKU
JJ-RSF-24B_5678
Add to Wish List Add to Compare
Details
The use of horses was not as common among the woodland Indians, as it was on the Great Plains, but it was an often used mode of transportation, which became more popular in the later years of the eighteenth century. The Shawnee tribe in the Ohio Country were known for using horses, with many references to large parties of native warriors traveling throughout the upper Ohio valley mounted on horses.

The horse also enabled the eastern natives to become less nomadic, as using horses as beasts of burden, the Indians of the Eastern Woodlands could travel further afield for trading, hunting and to gather sustenance. This allowed native communities to remain in one place longer.
Reviews
Write Your Own Review