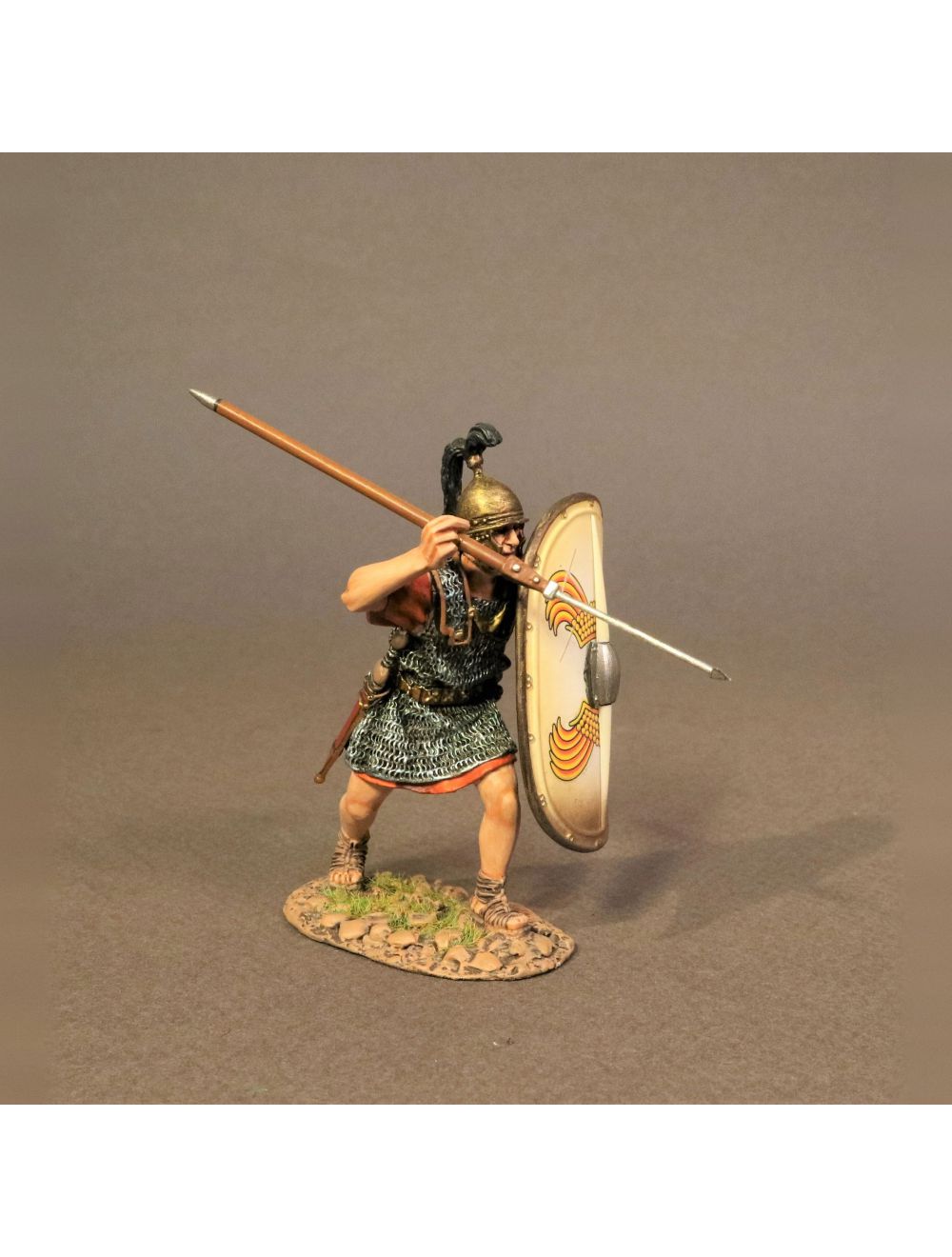 Be the first to review this product
$45.00
SKU
JJ-RR-17W
Add to Wish List Add to Compare
Details
REPUBLICAN ROMANS

The Roman Republic was the era of classical Roman civilization beginning with the overthrow of the Roman Kingdom, traditionally dated to 509 BC, and ending in 27 BC with the establishment of the Roman Empire. It was during this period that Rome's control expanded from the city's immediate surroundings to hegemony over the entire Mediterranean world.

Roman government was headed by two consuls, elected annually by the citizens and advised by a senate composed of appointed magistrates. As Roman society was very hierarchical by modern standards, the evolution of the Roman government was heavily influenced by the struggle between the patricians, Rome's land-holding aristocracy, who traced their ancestry to the founding of Rome, and the plebeians, the far more numerous citizen-commoners. Over time, the laws that gave patricians exclusive rights to Rome's highest offices were repealed or weakened, and leading plebeian families became full members of the aristocracy. The leaders of the Republic developed a strong tradition and morality requiring public service and patronage in peace and war, making military and political success inextricably linked. Many of Rome's legal and legislative structures (later codified into the Justinian Code, and again into the Napoleonic Code) can still be observed throughout Europe and much of the world in modern nation states and international organizations.

During the first two centuries of its existence, the Roman Republic expanded through a combination of conquest and alliance, from central Italy to the entire Italian peninsula. By the following century, it included North Africa, most of the Iberian Peninsula, and what is now southern France. Two centuries after that, towards the end of the 1st century BC, it included the rest of modern France, Greece, and much of the eastern Mediterranean. By this time, internal tensions led to a series of civil wars, culminating with the assassination of Julius Caesar, which led to the transition from republic to empire.

Historians have variously proposed Julius Caesar's crossing of the Rubicon River in 49 BC, Caesar's appointment as dictator for life in 44 BC, and the defeat of Mark Antony and Cleopatra at the Battle of Actium in 31 BC. However, most use the same date as did the ancient Romans themselves, the Roman Senate's grant of extraordinary powers to Octavian and his adopting the title Augustus in 27 BC, as the defining event ending the Republic.

THE ROMAN ARMY OF THE LATE REPUBLIC

The Scutum was a type of shield used among Italic peoples in antiquity, and then by the army of ancient Rome starting about the fourth century BC. The Romans adopted it when they switched from the military formation of the hoplite phalanx of the Greeks to the formation with maniples. In the former, the soldiers carried a round shield, which the Romans called clipeus. In the latter, they used the scutum, which was a larger shield. Originally it was an oblong and convex shield. By the first century BC it had developed into the rectangular, semi-cylindrical shield that is popularly associated with the scutum in modern times. This was not the only shield the Romans used; Roman shields were of varying types depending on the role of the soldier who carried it. Oval, circular and rectangular shields were used throughout Roman history.
Reviews
Write Your Own Review