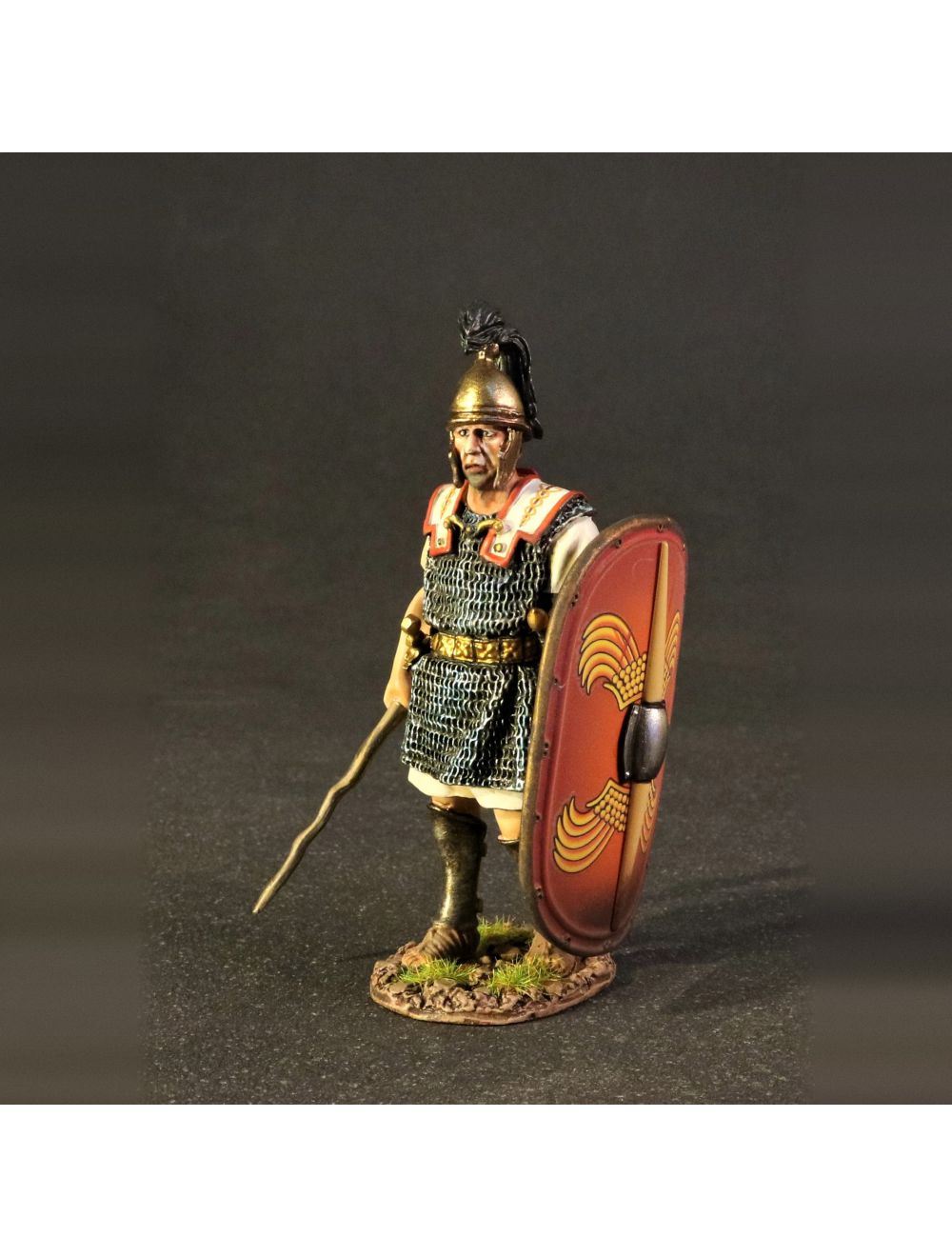 Be the first to review this product
$48.00
SKU
JJ-RR-03AR
Add to Wish List Add to Compare
Details
An Optio was an officer appointed by the centurion, and was stationed at the rear of the centuria to keep the troops in order. Their duties would include enforcing the orders of the centurion, taking over the centurion's command in battle should the need arise, supervising his subordinates, and a variety of administration duties. Optio pay was double the standard legionary pay and they were the most likely men to replace the centurion if the position became vacant.
A Centurion at this time can be distinguished from other Legionaries by several methods. He usually wore greaves, and the crest of his helmet was usually turned so it ran transversely across the helmet. His sword was worn on the left and his dagger on the right which is the opposite of a Legionaire.
Reviews
Write Your Own Review