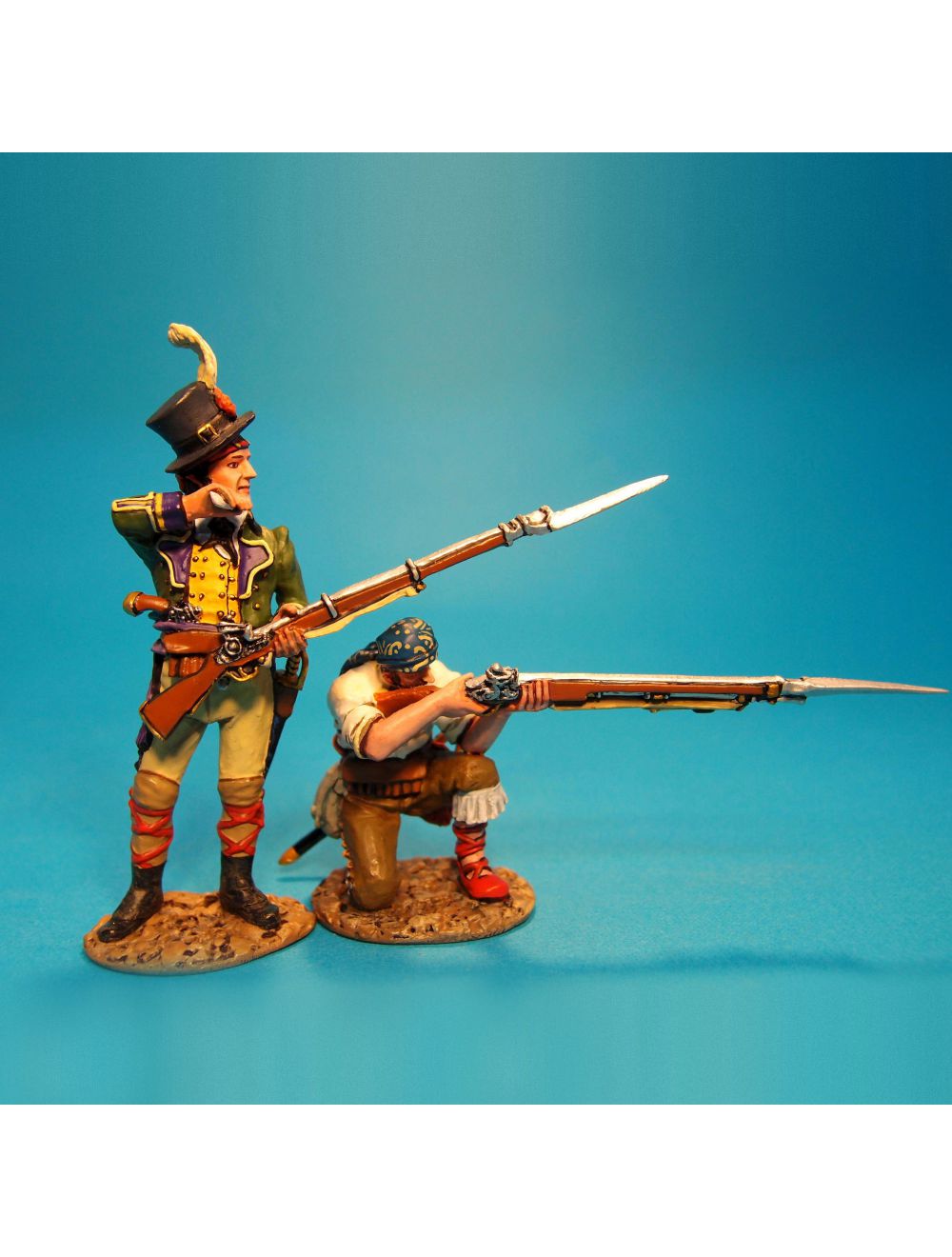 Be the first to review this product
$78.00
SKU
JJ-PSG-01_5328
Add to Wish List Add to Compare
Details
Loading and Firing Guerillas #1,

During the Napoleonic Wars, Napoleon's occupation of the Iberian Peninsula prompted one of the greatest outbreaks of unconventional warfare in military history.

In July 1807, Napoleon invaded the Iberian Peninsula. Napoleon calculated that such a military operation would be relatively easy due to perceived Spanish weakness and inept leadership. If successful, Napoleon could exploit Spain's resources and expand his Continental System, denying the British another important trading partner.

Napoleon did not anticipate the will of the people to resist a foreign invader. Shortly after his successful invasion and defeat of conventional forces, guerrilla warfare ensued. In response to the demands of unconventional warfare, Napoleon's initial invasion force of 50,000 swelled to 80,000 by 1808. Guerrilla tactics employed by ordinary peasants resulted in French forces precariously controlling only the ground they physically occupied.

Shortly after Napoleon's invasion of the Iberian Peninsula, organized, regional guerrilla bands emerged. In an effort to quell resistance, the French intensified their efforts at retaliation. Such efforts resulted in guerrilla bands gaining fresh recruits and increased support from the population. One observer remarked, "...the priest girded up his black robe, and stuck a pistol in his belt; the student threw aside his books, and grasped the sword; the shepherd forsook his flock; the husbandman his home"