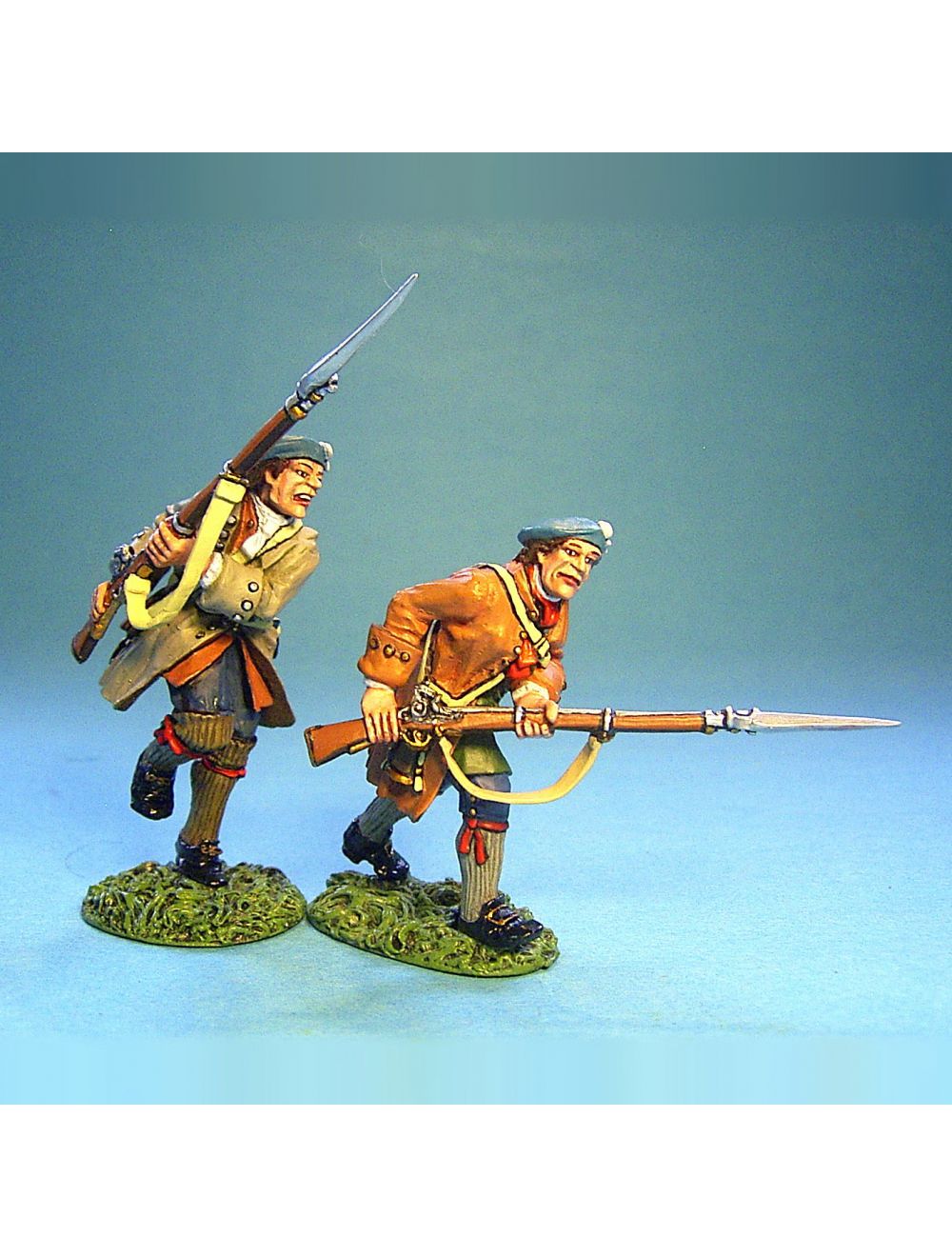 Be the first to review this product
$62.00
SKU
JJ-JR-23_5124
Add to Wish List Add to Compare
Details
JR-23 THE JACOBITE REBELLION 1745
Lowland Infantry Attacking With Musket #1

The Scottish Lowlands is a term that can refer to the 'the non-Gaelic region' in Scotland, and was called in the Scotts language the Lawlands or Lallans. Although it was not officially a geographical area of the country, in normal usage is generally meant to include those parts of Scotland not referred to as the Highlands (or Gàidhealtachd), that is, everywhere due south and east of a line (the Highland Boundary Fault) between Stonehaven and Helensburgh (on the Firth of Clyde).

Confusingly, some parts of the Lowlands, such as the Southern Uplands are not physically 'low', and some sections of the Highlands, such as Islay are low-lying.

Jacobite Regiments were known to include large numbers of lowland companies. Some felt that these regiments were less “wild” than the ones from the west.

The real difference was that the regiment was raised by the personal exertions of their officers rather than called or forced out as clan levies.

Stoneywood raised the second battalion of Lord Lewis Gordon’s Regiment in the Aberdeen area, and although he was instructed “You’ll advert what men you recieve be sufficientelie furnished with plaids, short cloathes, hose, shoes and by all means swords with what other arms can be got”, evidence shows that most men in this and other lowland battalions simply wore their own everyday clothes.
Reviews
Write Your Own Review