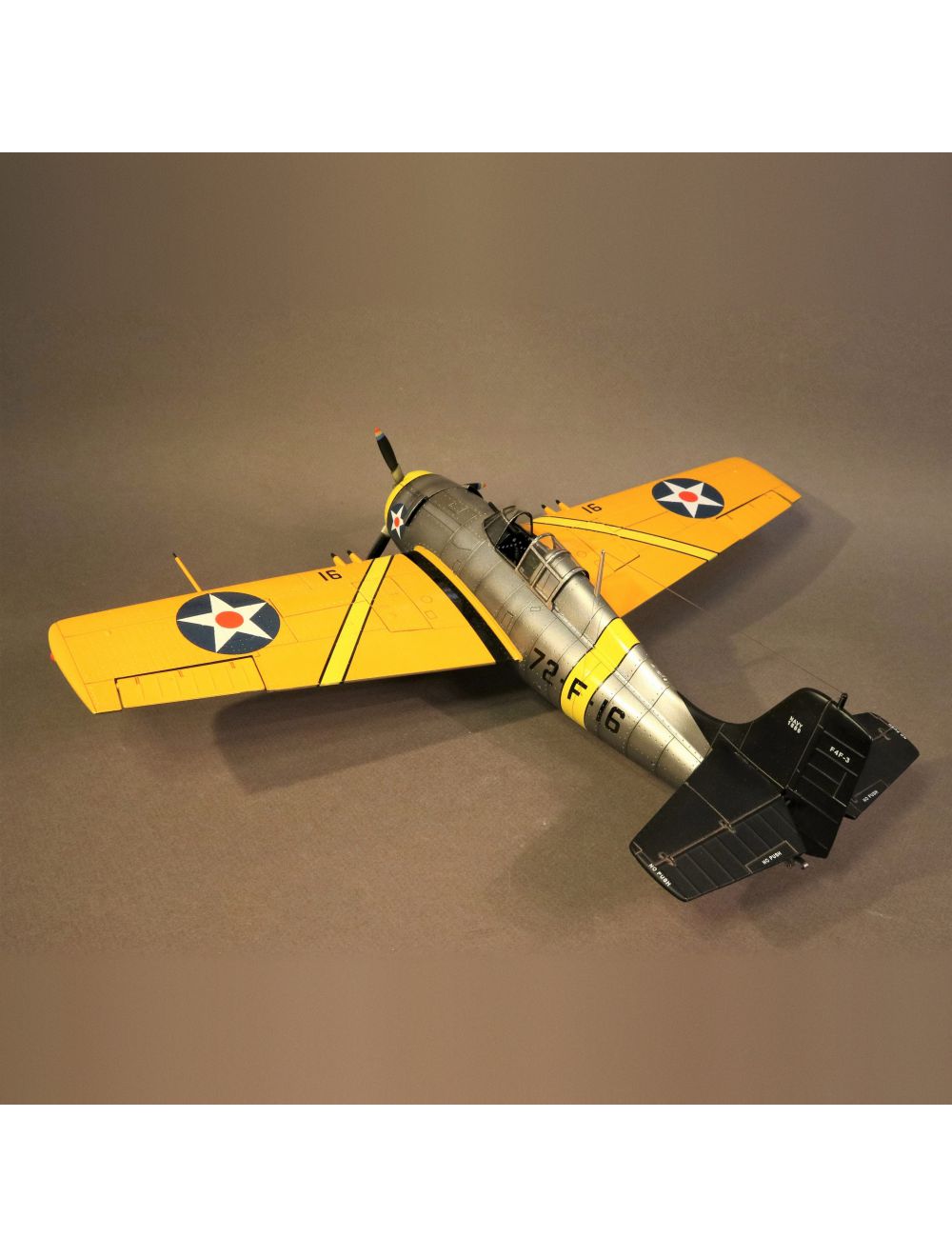 Be the first to review this product
$278.00
SKU
JJ-IWA-50
Add to Wish List Add to Compare
Details
The Interwar Aviation series covers aircraft that were developed and used between World War 1 and World War 2, and was known as the “Golden Age of Aviation.”

In the two decades between the end of World War 1 and the start of World War 2, military aviation underwent a complete transformation. The typical combat aircraft of 1918 was a fabric-covered externally braced biplane with fixed landing gear and open cockpits. Few aero engines developed as much as 250 horsepower, and top speeds of 200 km (120 miles) per hour were exceptional. By 1939 the first-line combat aircraft of the major powers were all-metal monoplanes with retractable landing gear.

The Grumman F4F Wildcat is an American carrier-based fighter aircraft that began service with both the United States Navy and the British Royal Navy in 1940, where it was initially known by the latter as the Martlet. The F4F was Grumman’s first monoplane fighter design and was to prove to be one of the great naval fighter aircraft of World War 2. In 1939 Grumman were successful in obtaining a Navy order for 54 F4F-3’s. The RAF also received 81 F4F-3’s which were named the Martlet I. The initial deliveries to the US navy were in December 1940, with the first of the planes going to the USS Ranger, and USS Wasp. These were the only carriers which had the F4F-3’s when war broke out.

The period of aluminium finish, with yellow wings and coloured tails for the F4F-3, spanned only a brief period between December 1940 and March 1941. After which , most aircraft were to be seen in either overall light grey or the patrol colours of blue grey over light grey. USS Wasp was occupied with Atlantic Neutrality Patrols during 1941.
Reviews
Write Your Own Review