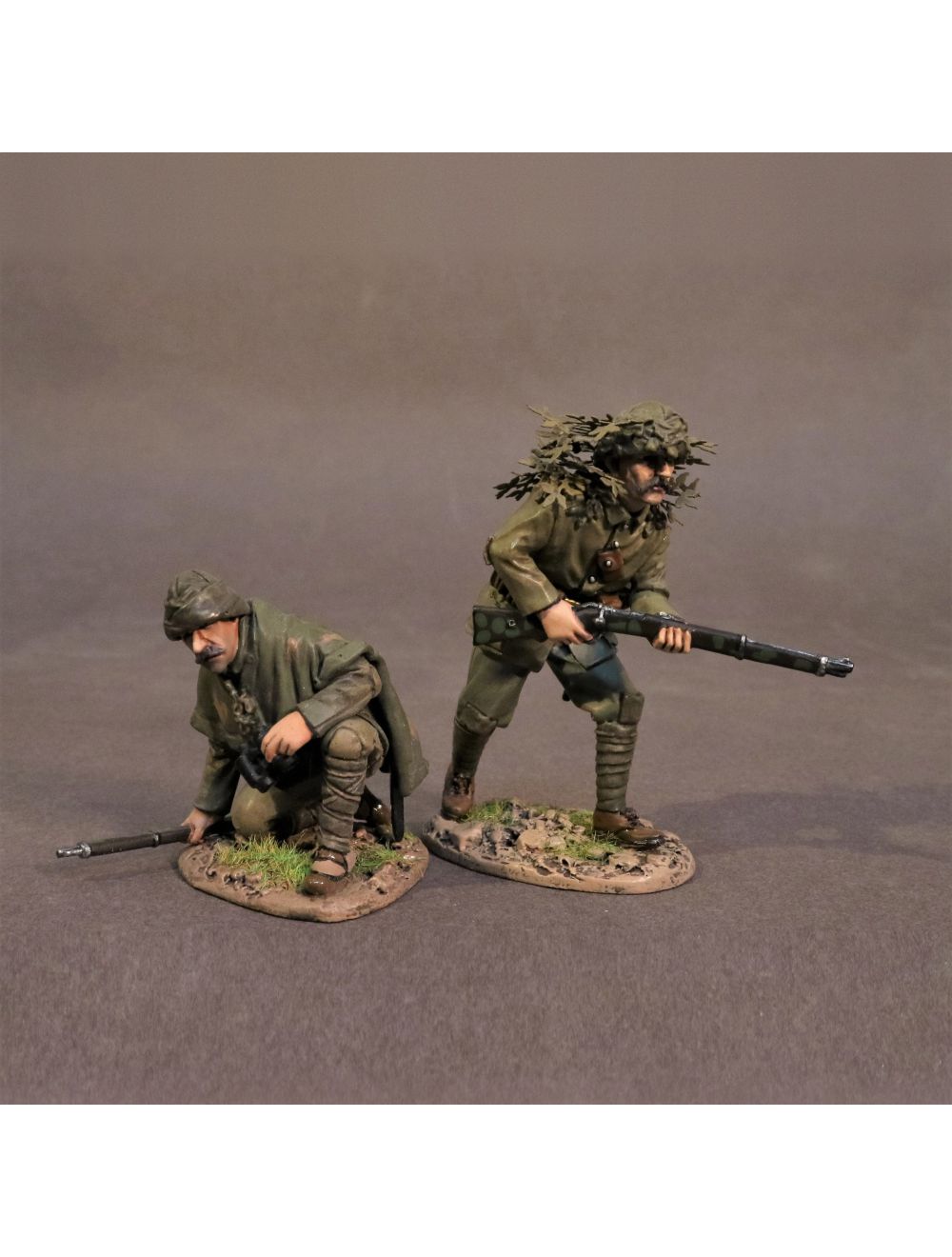 Be the first to review this product
$80.00
SKU
JJ-GLT-12
Add to Wish List Add to Compare
Details
With World War I stalled on the Western Front by 1915, the Allied Powers were debating going on the offensive in another region of the conflict, rather than continuing with attacks in Belgium and France. Early that year, Russia’s Grand Duke Nicholas appealed to Britain for aid in confronting a Turkish invasion in the Caucasus. (The Ottoman Empire had entered World War I on the side of the Central Powers, Germany and Austria-Hungary, by November 1914.) In response, the Allies decided to launch a naval expedition to seize the Dardanelles Straits, a narrow passage connecting the Aegean Sea to the Sea of Marmara in northwestern Turkey. If successful, capture of the straits would allow the Allies to link up with the Russians in the Black Sea, where they could work together to knock Turkey out of the war.

The Gallipoli Campaign of 1915-16, also known as the Battle of Gallipoli or the Dardanelles Campaign, was an unsuccessful attempt by the Allied Powers to control the sea route from Europe to Russia during World War I. The campaign began with a failed naval attack by British and French ships on the Dardanelles Straits in February-March 1915 and continued with a major land invasion of the Gallipoli Peninsula on April 25, involving British and French troops as well as divisions of the Australian and New Zealand Army Corps (ANZAC). Lack of sufficient intelligence and knowledge of the terrain, along with a fierce Turkish resistance, hampered the success of the invasion. By mid-October, Allied forces had suffered heavy casualties and had made little headway from their initial landing sites. Evacuation began in December 1915, and was completed early the following January.

Billy Sing was an elite sniper from Australia and his "duel" with his opposite number from Turkey called Abdul the Terrible, became the basis of Ion Idriess book “Lurking Death; The Stories of Snipers in Gallipoli, Sinai and Palestine”.

"Abdul the Sniper was the pride of the Turkish Army. They named his rifle 'The Mother of Death'. Because, so declared the Ottoman Guard, 'her breech gives birth to bullets which destroy the lives of men'," Idriess wrote. One of the Turkish snipers victims was Private John Simpson Kirkpatrick, "the man with the donkey". A party of "counter-snipers" led by Lieutenant Thomas Grace, Wellington Battalion NZEF, were briefed to take on the Turkish marksmen. Each sharpshooter had an observer or spotter with a telescope.

An equally terrible Australian sniper emerged who day by day killed man after man. The Australian sniper was trooper Billy Sing from Queensland of the 5th Light Horse. Abdul the Terrible was ordered to locate and kill him. Idriess says he was one day acting as a spotter for Sing. He writes: "How many enemy this particular sniper shot will never be known but in three months his tally was one hundred and fifty." Adbul the Terrible would apparently examine any man who was shot through the head to try to establish the trajectory of the bullet and the likely location of the sniper from whom it was fired. His calculations led him to believe the shots were coming from one spot nearly on top of a trench across on Chatham's Post.At night Abdul began to dig his cunning fox hole into which he would climb before dawn to lay there all day, staring across at Chatham's Post. As Idriess tells it, Abdul ignored other tempting targets but for a long time could not locate Sing, until one evening he reported to the officer in charge. "I have found him. I will kill him tomorrow." The next day, according to the account, another Anzac climbed into Sing's hideout or "possy" but instinct apparently told Abdul this wasn't the real man he was after and he, accordingly, withheld his fire. Then Sing got into the possy and his observer suddenly alerted him not to open the loophole. Sing looked through the telescope. "Thus the Australian sniper stared into Abdul the Terrible's eyes," according to the text. What happened next can only be left to Idriess "The sniper, with his finger, slid back the loophole cover hardly an inch, then cautiously poked his rifle muzzle through... "Careful," murmured the observer. "He's got the eyes of an eagle and – he's staring straight here." "It's me or him," grunted Sing. "But had Abdul fired, even had his bullet come through that tiny slit, it wouldn't have hit the sniper, for the born sniper knows the crouch that means the fractional difference between life and death. Only when the sniper actually had his eye aligned with his rifle sights then – "That was what Abdul was waiting for. His big eyes staring, his rifle-muzzle slowly rising up... But Abdul did not know that the Australian sniper had seen him. "Gently the peephole widened, then stopped close around the rifle. Abdul waited with finger on trigger, just awaiting that loophole to open the least fraction more. And – a bullet took him between the eyes."

The Australian War Memorial states that the Turkish army immediately retaliated, aiming its heavy artillery at Billy's hiding position and completely destroying it. Fortunately for the Australian sniper and his spotter, they had already evacuated to their unit trenches.
Reviews
Write Your Own Review