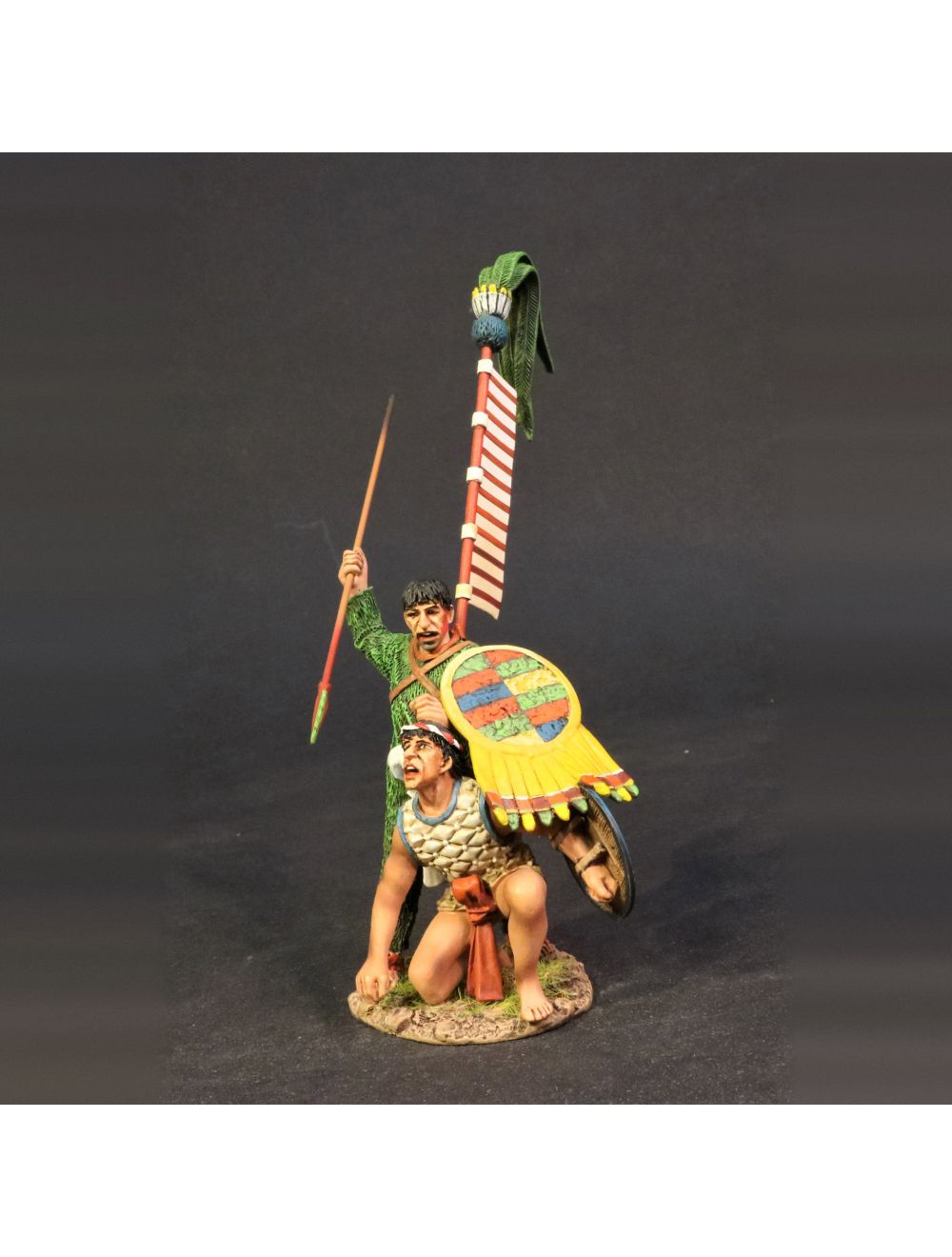 Be the first to review this product
$88.00
SKU
JJ-AZ-22
Add to Wish List Add to Compare
Details
The Aztec Empire flourished between c. 1345 and 1521 and, at its greatest extent, covered most of northern Mesoamerica. Aztec warriors were able to dominate their neighbouring states and permit rulers such as Motecuhzoma II to impose Aztec ideals and religion across Mexico. Highly accomplished in agriculture and trade, the last of the great Mesoamerican civilizations was also noted for its art and architecture which ranks amongst the finest ever produced on the continent.
The empire continued to expand from 1430 and the Aztec military - bolstered by conscription of all adult males, men supplied from allied and conquered states, and such elite groups as the Eagle and Jaguar warriors - swept aside their rivals. Aztec warriors wore padded cotton armour, carried a wooden or reed shield covered in hide, and wielded weapons such as a super sharp obsidian sword-club (macuahuitl), a spear or dart thrower (atlatl), and bow and arrows. Elite warriors also wore spectacular feathered and animal skin costumes and headdresses to signify their rank. Battles were concentrated in or around major cities and when these fell the victors claimed the whole surrounding territory. Regular tributes were extracted and captives were taken back to Tenochtitlan for ritual sacrifice. In this way the Aztec empire came to cover most of northern Mexico, an area of some 135,000 square kilometres.
The Aztec state was centered on political expansion and dominance of and exaction of tribute from other city states, and warfare was the basic dynamic force in Aztec politics. Aztec society was also centered on warfare: every Aztec male received basic military training from an early age and the only possibility of upwards social mobility for commoners was through military achievement — especially the taking of captives. The sacrifice of war captives was an important part of many of the Aztec religious festivals.
Reviews
Write Your Own Review