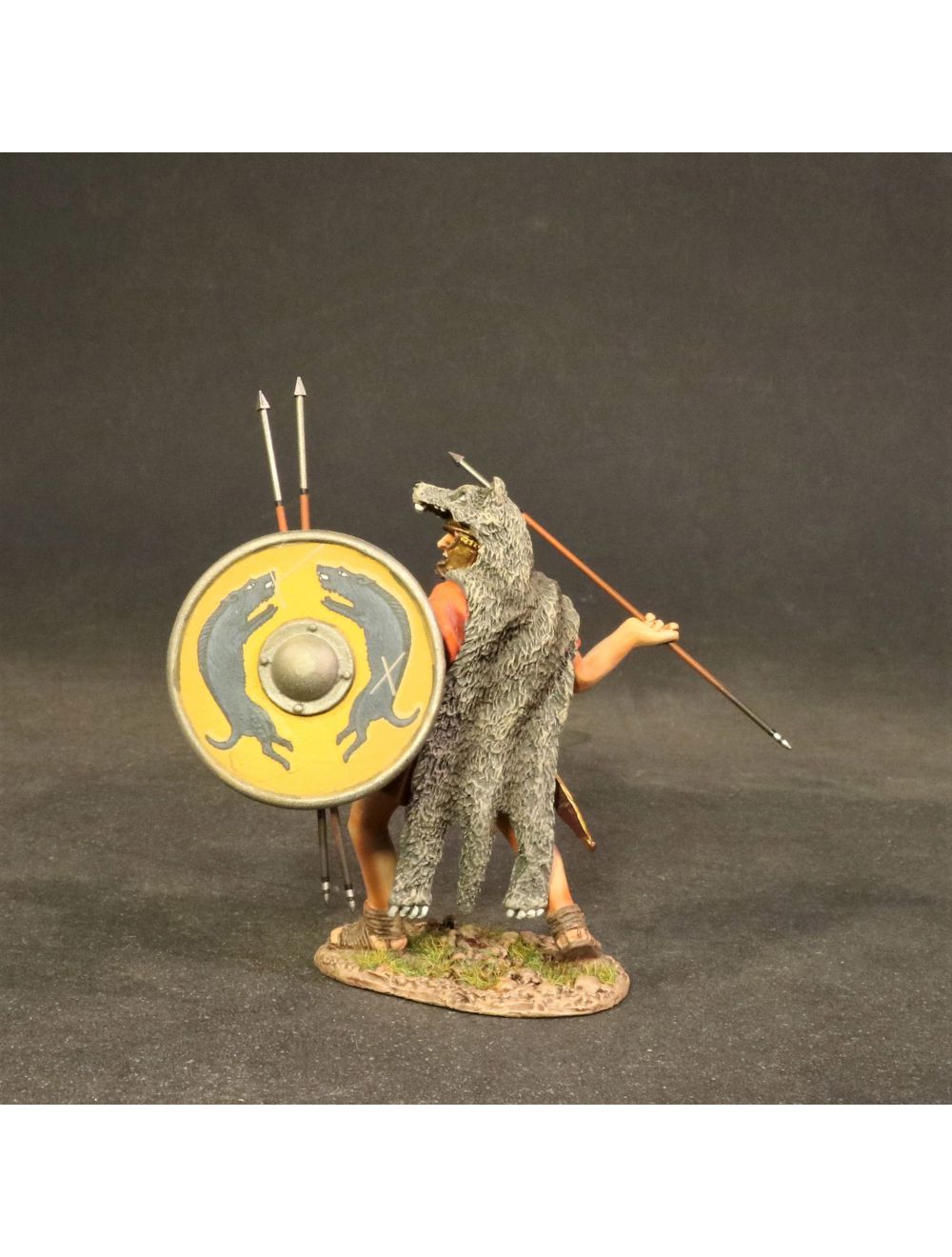 Be the first to review this product
$45.00
SKU
JJ-VMRR-05Y
Add to Wish List Add to Compare
Details
The velites were placed at the front of the maniples, so that the velites had the chance to prove themselves and win glory by seeking out single combat with an enemy. This is also why they wore highly identifiable wolfskin headdresses.
In the legion, the velites were attached to each maniple of hastati, principes and triarii. They usually formed up at the front of the legion before battle to harass the enemy with javelin throws and to prevent the enemy doing the same before retiring behind the lines to allow the heavier infantry to attack. After they had fallen back, they would move up behind the attacking troops and throw darts at the enemy. They also sometimes carried wounded back to the rear, however usually a corps of deportates did this. In a pitched battle, the velites would form up at the front of the legion and cover the advance of the hastati, who were armed with swords.
Reviews
Write Your Own Review