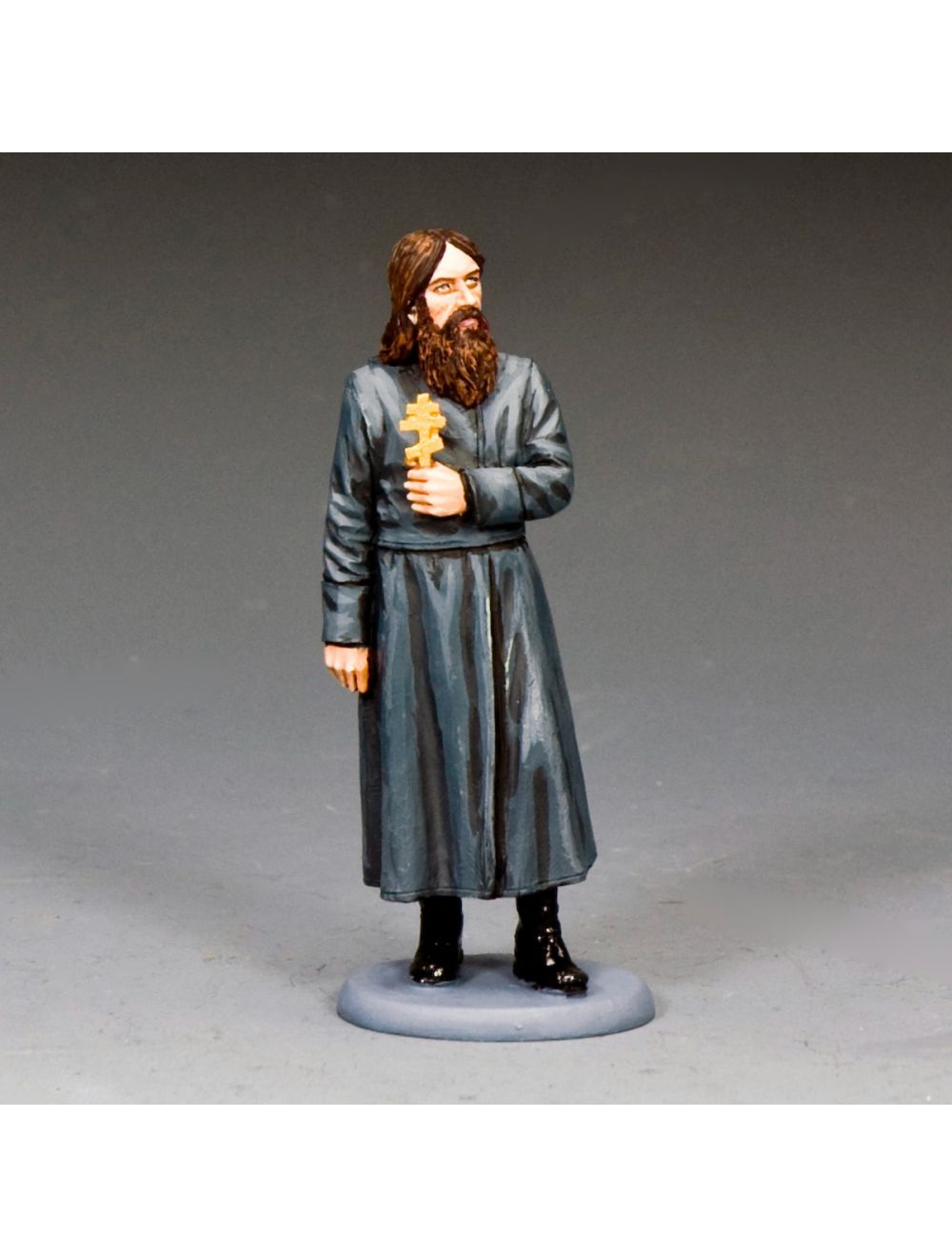 Grigori Rasputin (1869-1916) was a Russian mystic and self-proclaimed holy man who befriended the Royal family of NicholasⅡ,the last emperor of Russia, and gained considerable influence in the latter years of Nicholas’ reign.

Grigori Rasputin (1869-1916) was a Russian mystic and self-proclaimed holy man who befriended the Royal family of NicholasⅡ,the last emperor of Russia, and gained considerable influence in the latter years of Nicholas’ reign.

Rasputin was born to a peasant family in Siberia and from an early age was fascinated by religion and mysticism. Although never officially ordained as a priest in the Russian Orthodox Church he became a ‘wandering pilgrim’ who would sometimes preach and take part in leading some church rituals.

Eventually his travels led him to St. Petersburg, Imperial Russia’s capital, where he captivated some high church and social leaders.

Soon he came to the attention of the Royal Court circles and met the Tsar and the Tsarina in 1905.

A year later, Rasputin’s skill as a ‘healer’ helped the Imperial couple’s only son, Alexei recover from a severe attack of hemophilia.

This enabled Rasputin’s influence and power at Court to swiftly rise however although revered by some, others saw him as divisive and evil figure. His personal behavior was equally scandalous and caused much controversy, both public and private for the Tsar and his family.

Eventually, in December 1916 matters came to a head when a group of high-ranking nobles murdered Rasputin.

Legend has it that several years before, this self-proclaimed mystic predicted that should he die by violent means then the Russian Royal Dynasty would also suffer a similar fate.

How true that proved to be... This K&C ‘Rasputin’ is dressed in a priest’s plain, grey cassock and holds a gold Russian Orthodox cross to his chest.