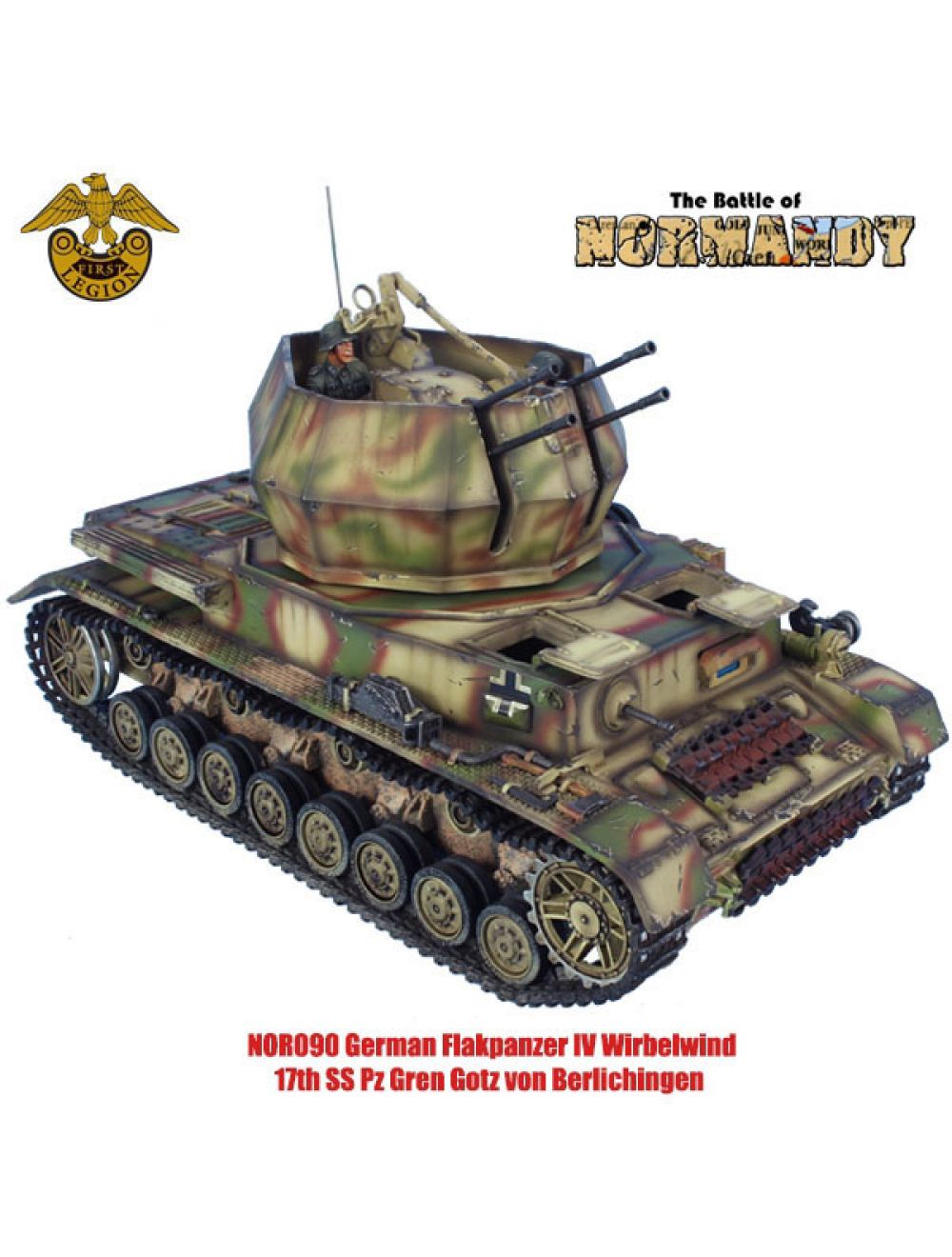 The Wirbelwind was a self-propelled anti-aircraft gun developed by the Germans during WWII based on the chassis of the Panzer IV tank. The turret was removed from the Panzer IV and replaced with a 9 sided turret that carried the quad mounted 2 cm Flakvierling 38 AA gun. Because of it's high rate of fire and armor, the Flakpanzer IV was also used against ground targets including light armored vehicles, trucks, and of course infantry targets. Painted in a slightly different camo scheme than our usual Normandy figures, this vehicle adds some much needed air defense to stave off the allied "Jabos!"