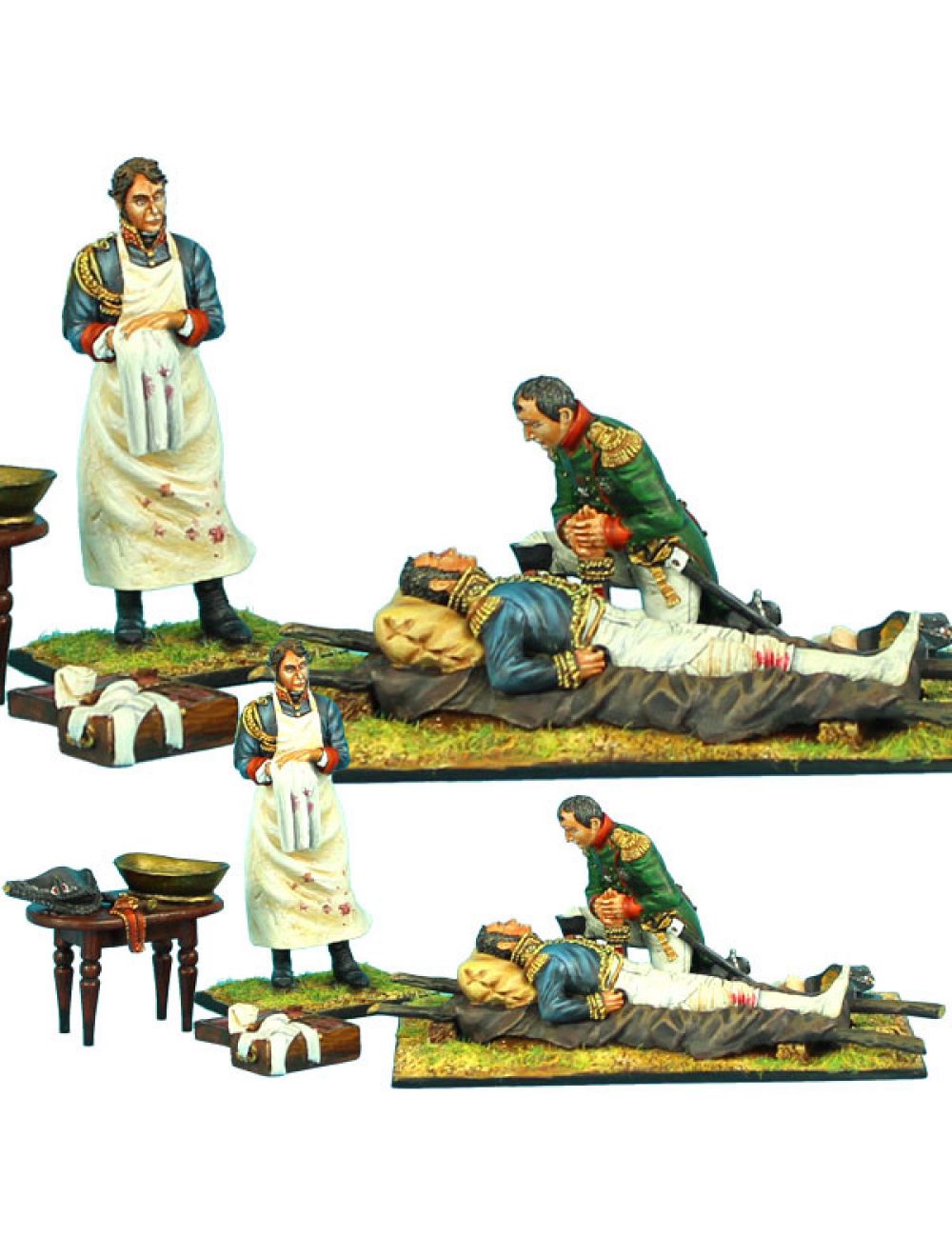 Special Note: Just 300 have been produced

Marshal Jean Lannes was one of Napoleon's greatest Marshals and a close friend of the Emperor. Lannes was wounded during the Battle of Aspern Essling in 1809 where his actions on the field were primarily responsible for averting a French disaster. His leg was amputated by Chief Surgeon of the Army Larrey, but he never recovered and died shortly after. Set NAP0389 depicts the moment as described by Baron de Marbot, Lannes' Aide Camp, when Napoleon came to see the Marshal shortly after his operation. This set was inspired by an 1894 lithograph which itself is based on the detailed Memoirs of Baron de Marbot who was present at the events depicted. The lithograph is shown below and we hope you agree that we have faithfully recreated one of the few moments in Napoleon's career where he displayed the human side of his character so often overshadowed by his ambition and megalomania. To complete the scene depicted, sets NAP0390 Baron de Marbot and NAP0391 Grenadier of the French 7th Line Infantry are also available.
Reviews
Write Your Own Review