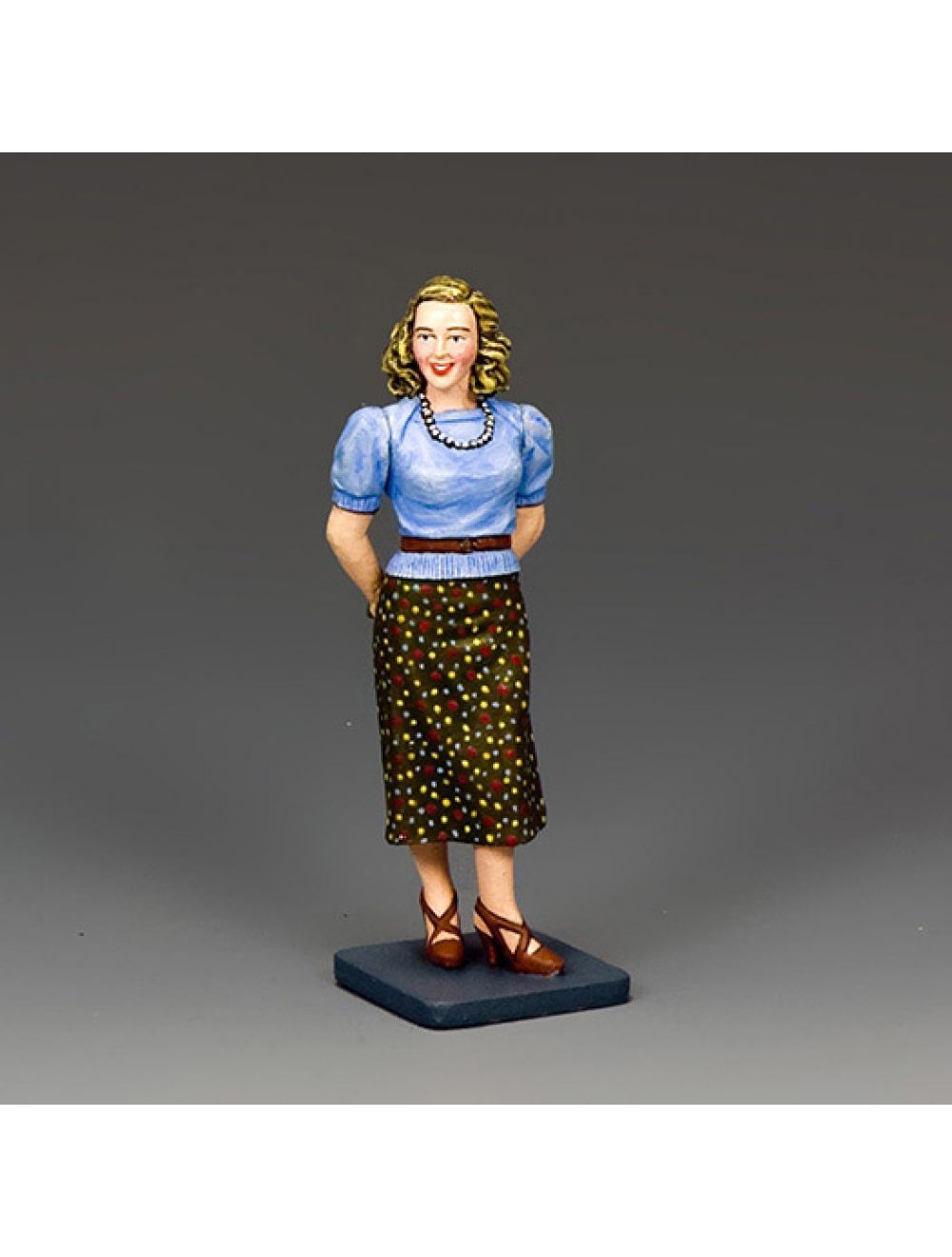 Eva first met Hitler in 1929 in Munich where she was working as a photographer’s assistant and part-time model. She began a relationship with Hitler a few years later and, by 1936, was an established, if secret, part of his private household at his mountain retreat at Berchtesgaden in the Bavarian Alps.

She was a key figure in his inner circle but completely unknown to the German general public.

Towards the end of WW2 she moved to Berlin and swore undying loyalty to Hitler and met her suicidal end shortly after marrying Hitler in the bomb-battered remains of the Reich Chancellery as the Red Army closed ‘in for the kill’ in the Reich capital.

This is the second K&C version of this particular ‘Eva’ figure... dressed perhaps for an earlier, happier occasion.
Reviews
Write Your Own Review