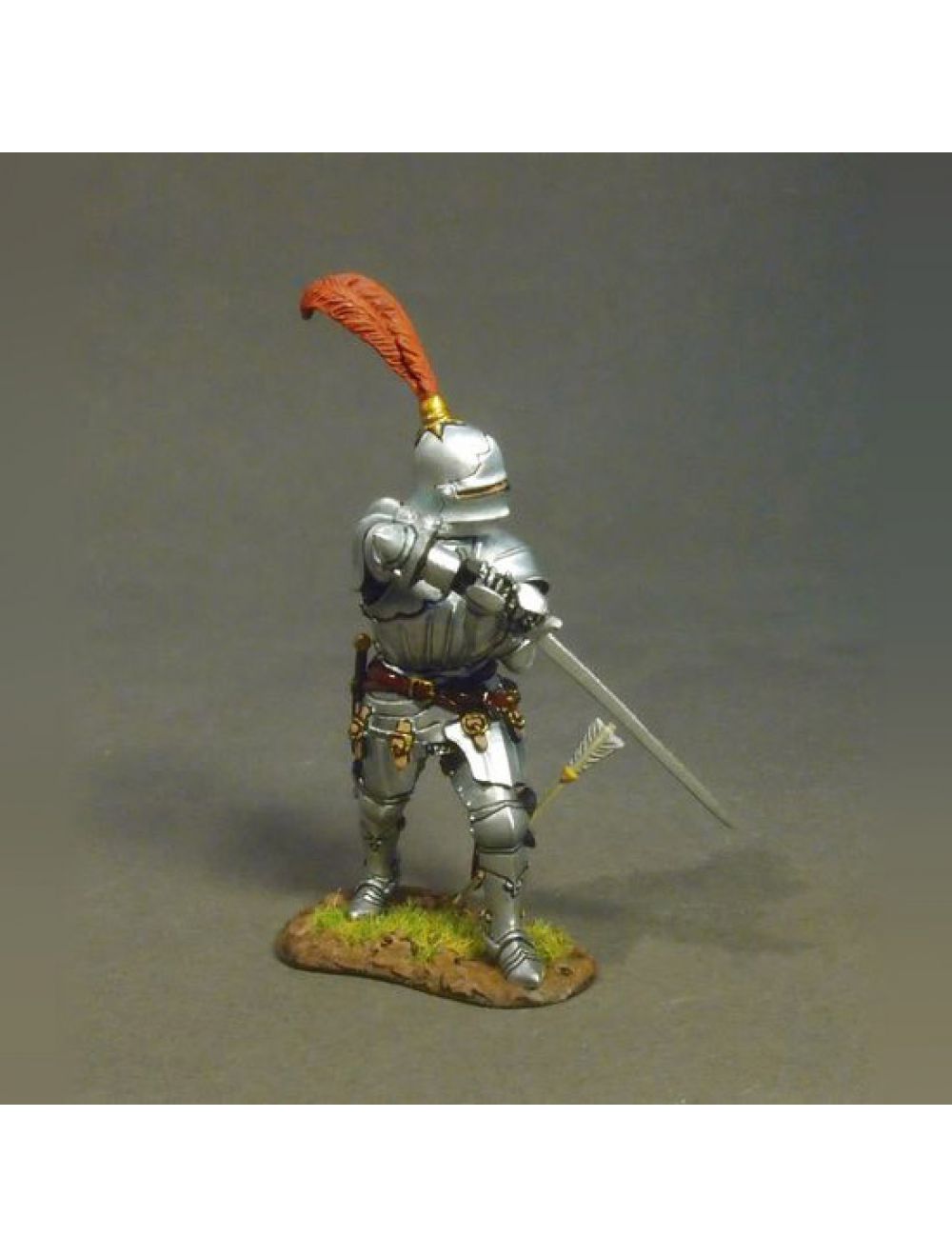 Be the first to review this product
$43.00
SKU
JJ-YORK-22
Add to Wish List Add to Compare
Details
The brutal style of the medieval long sword is one of power and practical efficiency, but one with an artistry all its own. Methodical and practical methods for skillfully using the weapon were practiced for centuries and have survived in manuals from the era. For the medieval long sword there are essentially 14 recognizable and legitimate fighting postures. They are all guards or “wards” from which to launch an attack or to parry.

There were 5 major stances or guards which were the most popular, the others were considered “secondary” guards or transitional stances , which were primarily parry positions used either for recovery to another guard or for a particular attack or parry. YORK-21 Knight is sculpted in one of the 5 primary positions, using the “Hanging Right Guard”. And is countered by LANC-22 using the “Hanging Left Guard”. Two more medieval Knights in traditional long sword guards will be available in the next few months.
Reviews
Write Your Own Review