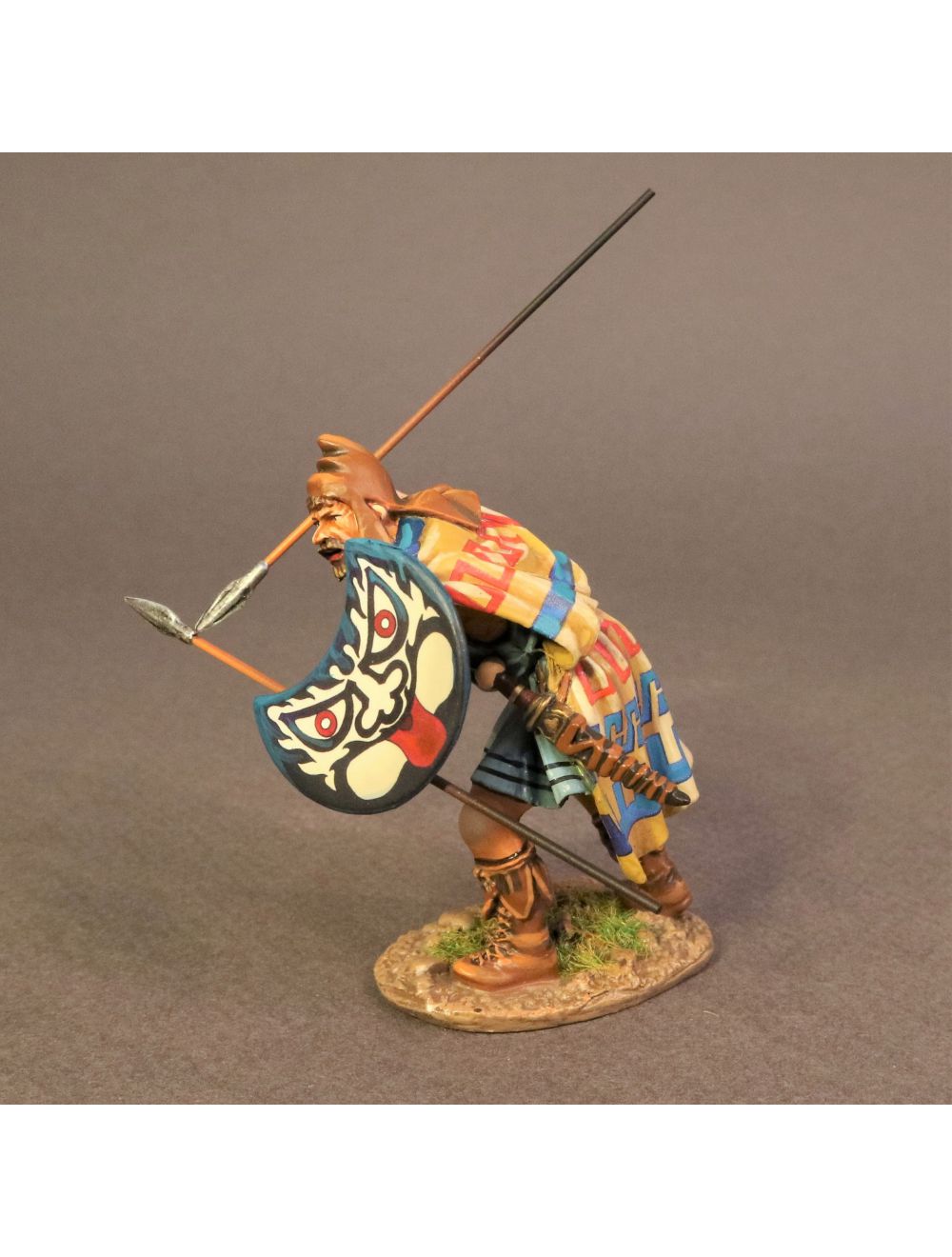 Be the first to review this product
$56.00
SKU
JJ-TH-09B
Add to Wish List Add to Compare
Details
THRACIANS

Thracians were a group of Indo-European tribes inhabiting a large area in Eastern and Southeastern Europe The Thracians in classical times were broken up into a large number of groups and tribes (over 200), though a number of powerful Thracian states were organized, such as the Odrysian kingdom of Thrace and the Dacian kingdom of Burebista.

In the first decade of the sixth century BC, the Persians conquered Thrace and made it part of their satrapy Skudra. Thracians were forced to join the invasions of European Scythia and Greece. According to Herodotus, the Bithynian Thracians also had to contribute a large contingent to Xerxes' invasion of Greece in 480 BC.

The Thracians were a warrior people, known as both horsemen, but mainly as lightly armed skirmishers with javelins, which were known as peltasts. They were regarded by other peoples as warlike, ferocious, and bloodthirsty.

The peltast, was a type of soldier of the ancient period, which probably originated in Thrace. Thracian peltasts were to have a notable influence in Ancient Greece.

A Thracian Peltast carried a crescent-shaped wicker shield and was armed with several javelins (akontia). The style of fighting used by peltasts probably originated in Thrace and the first peltasts used by Greek armies were recruited from the Greek cities of the Thracian coast.

They are generally depicted on Greek vases and in other images as wearing the typical Thracian costume, which includes the distinctive Phrygian cap made of fox-skin, with ear flaps. They also usually wore a patterned tunic, fawnskin boots and a long cloak, called a zeira, which was decorated with a bright, geometric, pattern. Peltasts gradually became more important in Greek warfare, in particular during the Peloponnesian War. They became the main type of Greek mercenary infantry in the 4th century BC. Their equipment was less expensive than that of traditional hoplites and would have been more readily available to poorer members of society.

When faced by hoplites, peltasts operated by throwing javelins at short range. If the hoplites charged, the peltasts would retreat. As they carried considerably lighter equipment than the hoplites, they were usually able to evade successfully, especially in difficult terrain. They would then return to the attack once the pursuit ended, if possible, taking advantage of any disorder created in the hoplites' ranks.

The Athenian general Iphicrates destroyed a Spartan phalanx in the Battle of Lechaeum in 390 BC, using mostly Thracian peltasts.

In the first decade of the sixth century BC, the Persians conquered Thrace and made it part of their satrapy Skudra. Thracians were forced to join the invasions of European Scythia and Greece According to Herodotus, the Bithynian Thracians also had to contribute a large contingent to Xerxes' invasion of Greece in 480 BC.

Later the conquest of the southern part of Thrace by Philip II of Macedon in the fourth century BC made the largest Thracian state, the Odrysian kingdom extinct for several years. After the kingdom had been reestablished, it was a vassal state of Macedon for several decades under generals such as Lysimachus of the Diadochi.
Reviews
Write Your Own Review