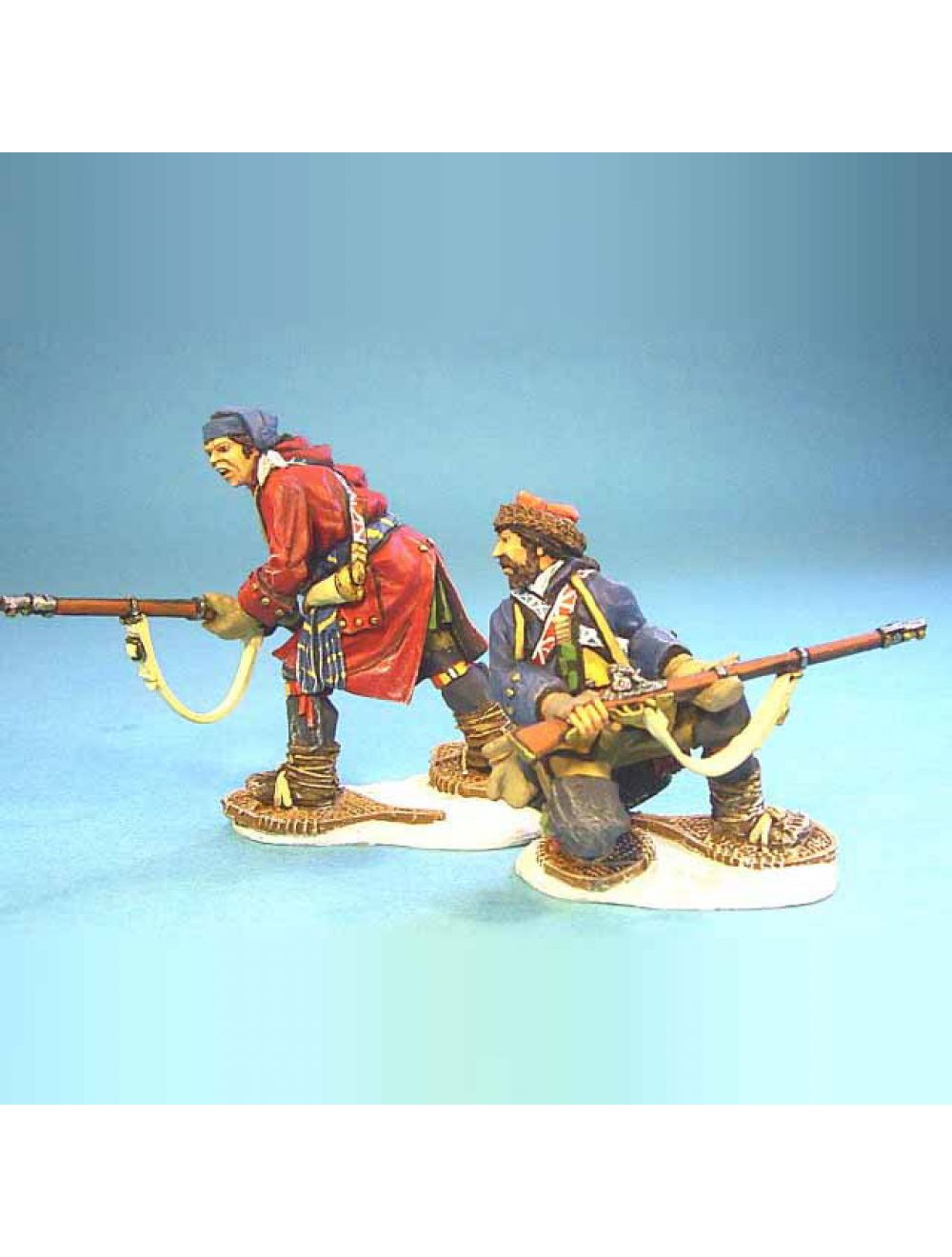 Be the first to review this product
$59.00
SKU
JJ-SF-05_5702
Add to Wish List Add to Compare
Details
French militia 2 - skirmishing

The militia in New France, in theory included every able-bodied man aged 16 to 60. They were organized in companies according to the local parishes, with each one being about 50 men with a captain, lieutenant and sergeant.

There were three militia districts, Quebec, Trois-Rivieres and Montreal, each with a Colonel and a Major.

The militia were supposed to meet and train once a month and were involved in peace time for things like law enforcement and road construction. The militia had no uniform and received no pay, but they were issued with clothing and equipment when going on campaign which typically included a cloth cap, a hooded coat with sash, and either breeches or native-style leggings. They were also equipped with a musket if needed.

During the French and Indian War, 2,200 militia were incorporated into the eight regular and two marine battalions based in New France.
Reviews
Write Your Own Review