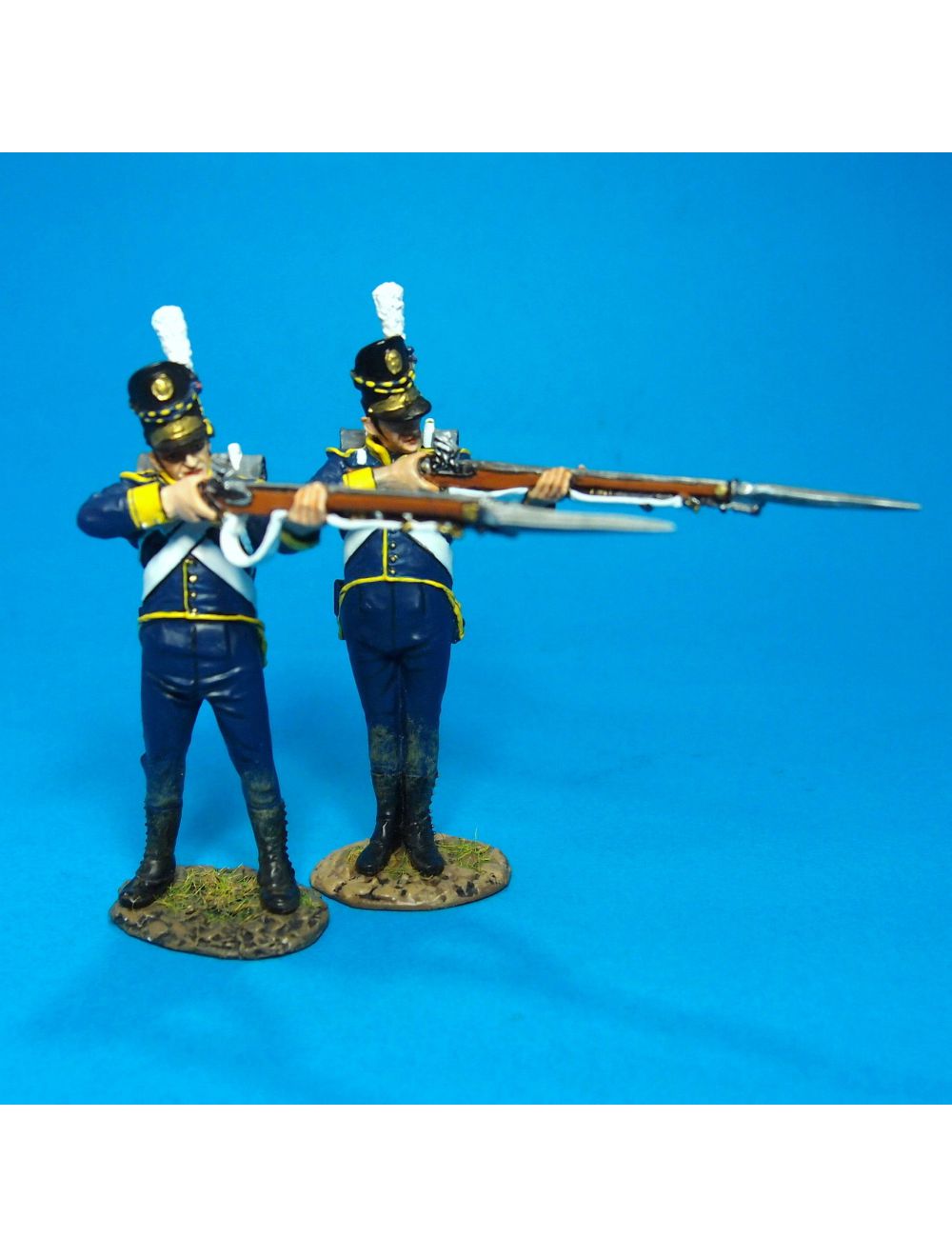 Portugal were Britains oldest allies, and no Peninsular war series would be complete without a Portuguese Regiment. Most historians define "Wellington's Army" as a British force, but usually one third to a half were actually Portuguese.

The 21st Regiment played a part in most of the major battles of the Peninsular War, and was originally raised in Valenza in February 1664. The facings were yellow with yellow collars and cuffs as well as yellow piping and turnbacks.

Portuguese infantry Regiments normally consisted of two battalions. The exception being the 21st which consisted of only the one battalion. The Portuguese battalions were made up of 5 centre companies , a grenadier and a light company. The normal strength was 770 which included all ranks.
Reviews
Write Your Own Review