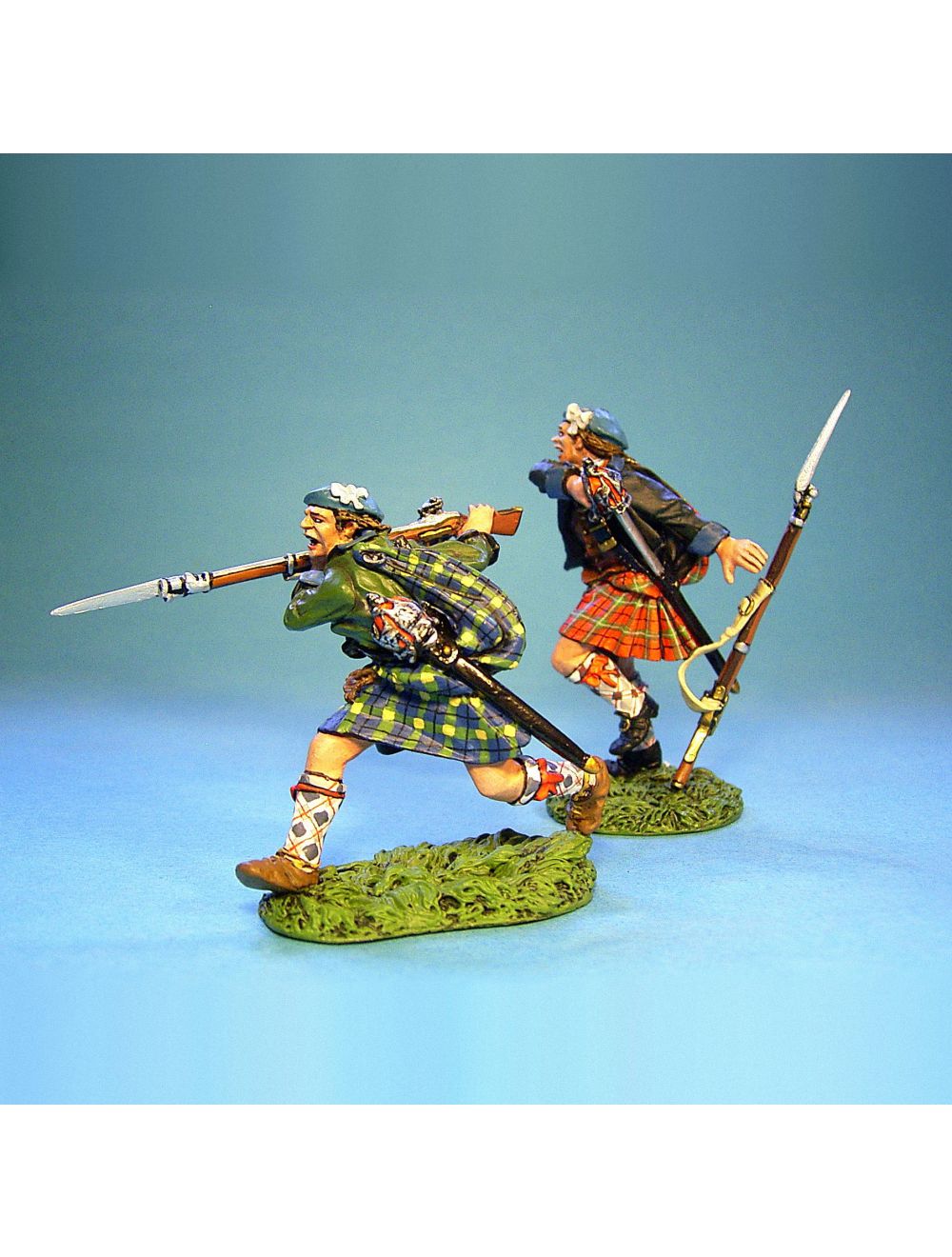 James Johnstone summed up the highland fighting method “Their manner of fighting is well adapted for brave but undisciplined men. They advance with rapidity, discharge their pieces when within musket-length of the enemy, and then, throwing them down, draw their swords, and holding a dirk and target, dart with fury on the enemy through the smoke and fire….” Another quote by Sullivan describes the tactics “Any man that served with Highlanders, knows that they fire but one shot, abandon their firelocks after. If there be any obstruction that hinders them from going on the enemy, all is lost; they don’t like to be exposed to the enemy’s fire, nor can they resist it, not being trained to charge(reload) as fast as regular troops, especially the English, which are the troops in the world that fires best.”
Reviews
Write Your Own Review