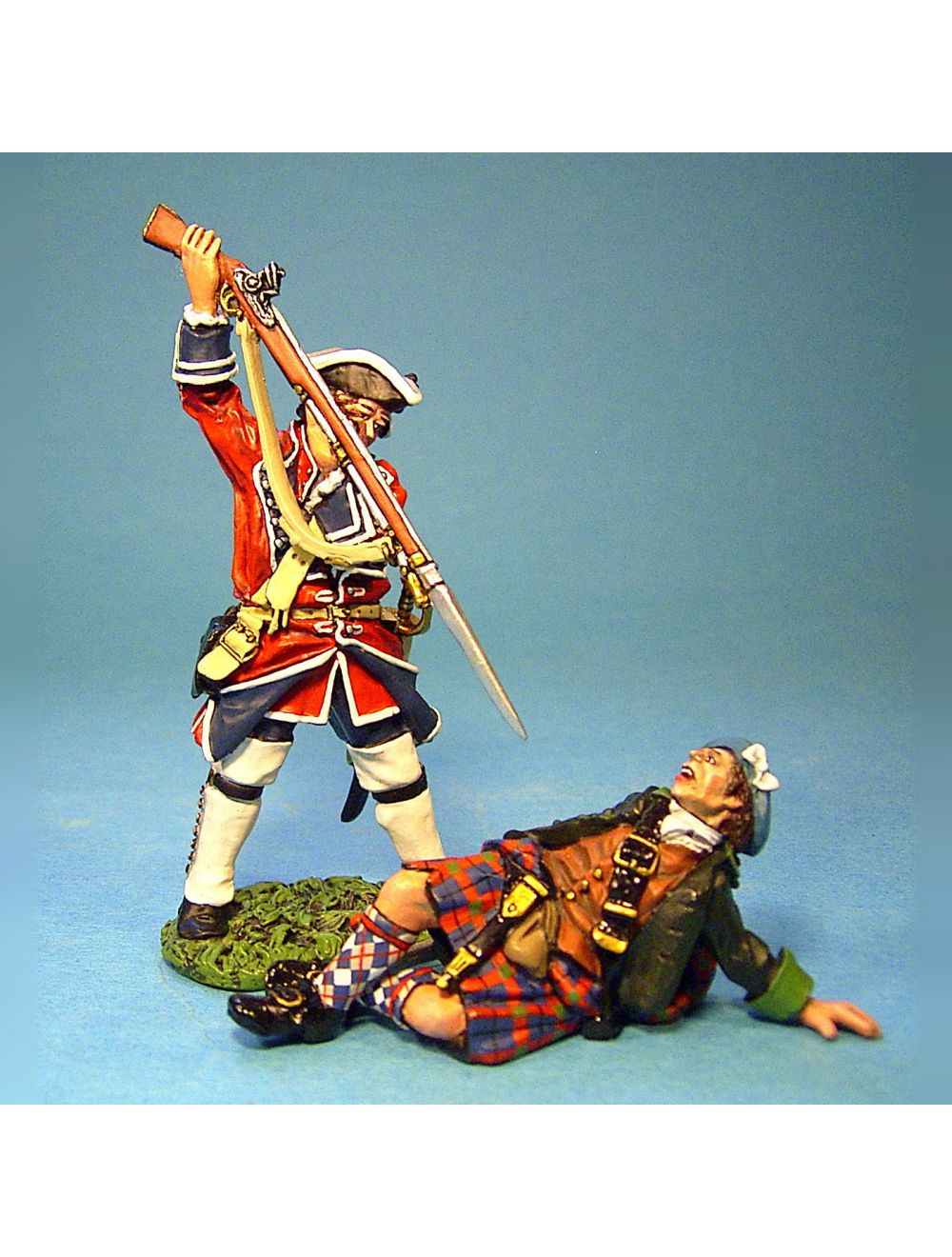 Be the first to review this product
$70.00
SKU
JJ-JR-18_5114
Add to Wish List Add to Compare
Details
Wounded Highlander and Line Infantry (2 pcs)

This new set shows a British Line Infantryman of the 4th Regiment of foot, about to try to “finish off” a fallen Highlander, after what would have been a desperate fight in close quarters.

It also illustrates one of the controversial incidents that took place after the Battle of Culloden had come to an end.

The British General The Duke of Cumberland had been given specific instructions by George II that the Scots had to be punished for supporting Charles. Thus began a dark chapter in British history. Following the battle, British troops began to indiscriminately kill the wounded Jacobites, as well as fleeing clansmen and innocent bystanders, which was to earn Cumberland the nickname “The Butcher”.
Reviews
Write Your Own Review