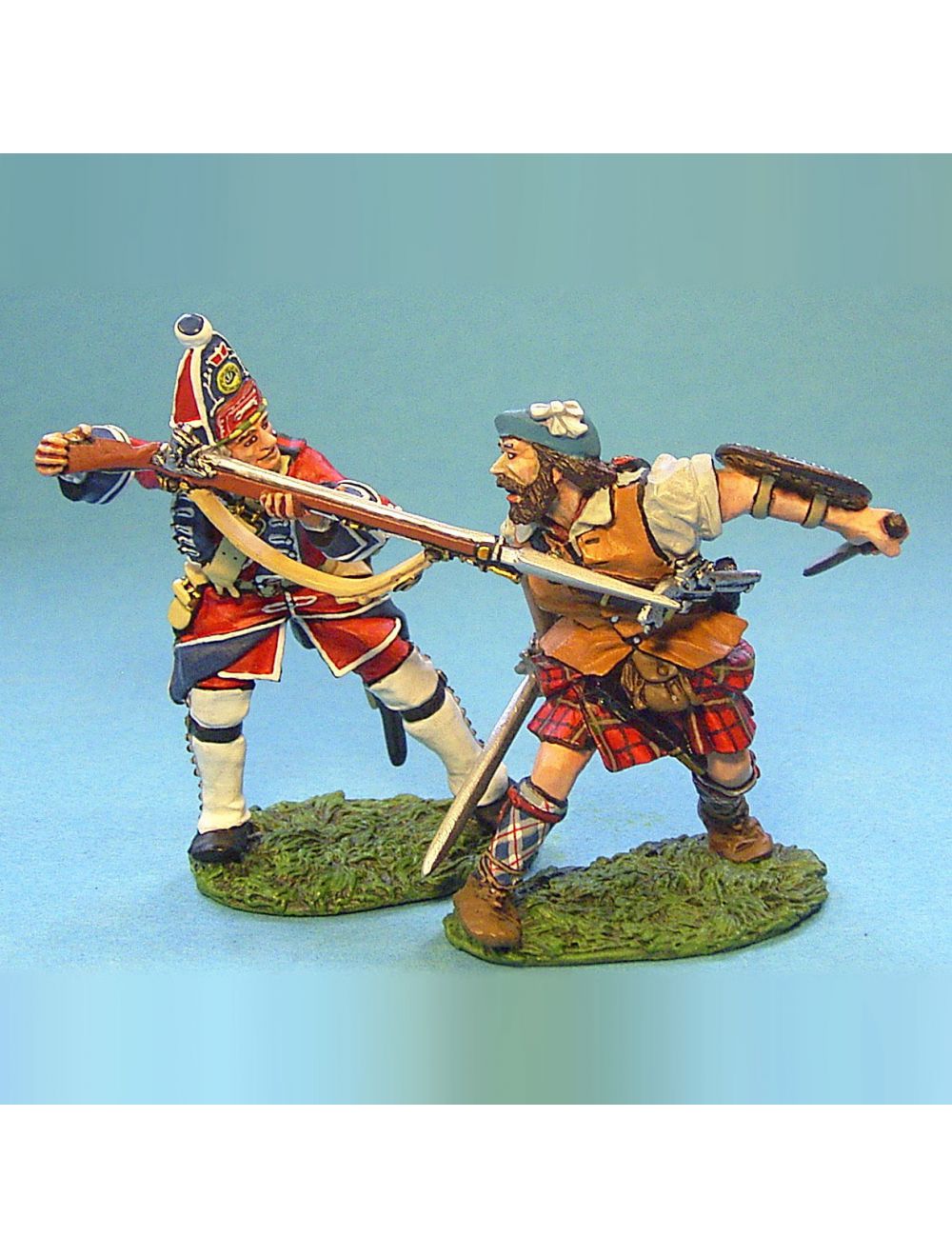 Be the first to review this product
$70.00
SKU
JJ-JR-15_5108
Add to Wish List Add to Compare
Details
Highlander and Grenadier

Normally the sight of a Highland charge was expected to send the British redcoats streaming to the rear in panic-stricken flight. It was generally reported that at Culloden, Barrell’s Regiment at first bravely stood their ground, which may have been due to previous experience at Falkirk where they were one of the few Regiments to see off a Highland attack. The new bayonet drill was also to have played a key role, “The alteration was mightily little, but of the last consequence. Before this, the bayonet man attacked the sword man right fronting him: now the left hand bayonet attacked the sword fronting his next right hand man. He was then covered by the enemy’s shield where open on his left, and the enemy’s right open to him. This manner made an essential difference, staggered the enemy, who were not prepared to alter their way of fighting, and destroyed them in a manner rather to be conceived than told”
Reviews
Write Your Own Review