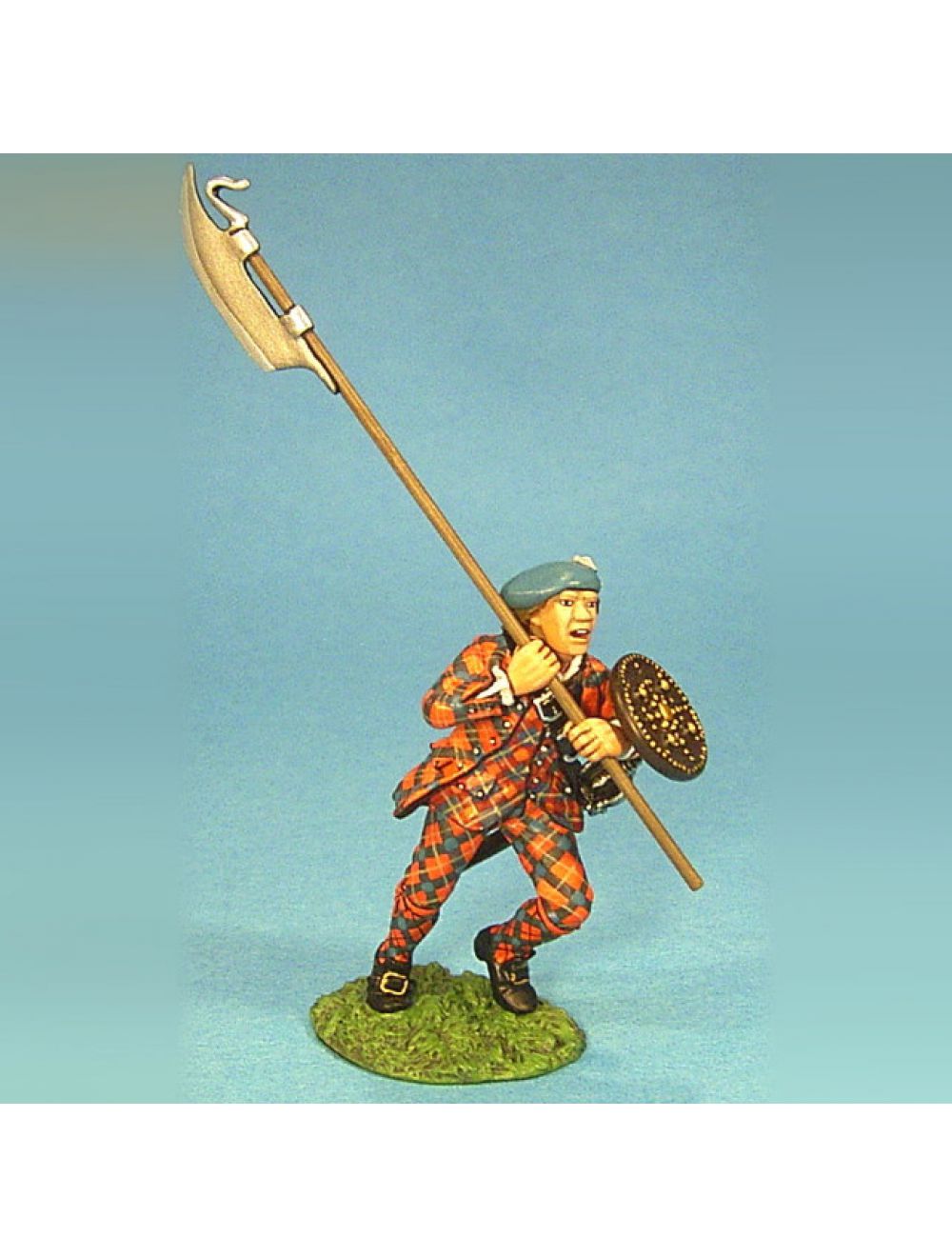 Be the first to review this product
$39.00
SKU
JJ-JR-07_5094
Add to Wish List Add to Compare
Details
Highlander with Lochaber Axe

Highland axes were almost all referred to as “Lochaber” axes, and there were many different types. The basic Lochaber axe was essentially a form of halberd comprising a spiked head fixed on a pole. One side of the head was usually a curved blade, and the other side there was usually a curved spike, which was traditionally used to dismount cavalrymen, or cut their reins.

This figure is the first of 6 that have been inspired by the famous David Morier painting “An Incident in the Rebellion of 1745”, which was painted around 1750 and shows the Jacobites engaging the right flank of Barrell’s Regiment at Culloden. The painting is part of The Royal Collection, of Her Majesty the Queen, and today hangs above a doorway in Holyrood House in Edinburgh.
Reviews
Write Your Own Review