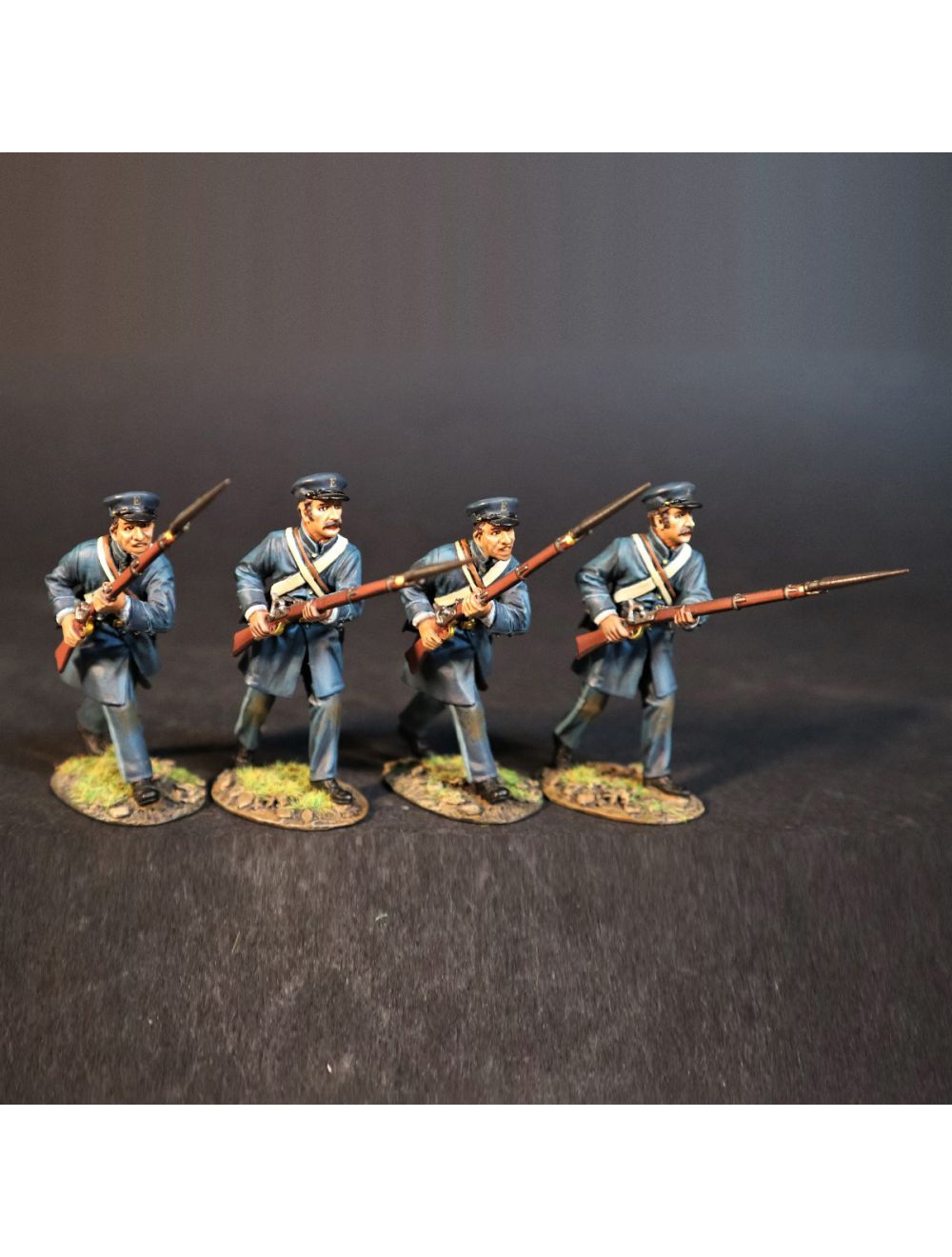 The 33rd Virginia Infantry Regiment was raised in the commonwealth of Virginia for service in the Confederate States Army and was part of the famed “Stonewall Brigade”.

The 33rd Virginia Infantry Regiment was raised in the commonwealth of Virginia for service in the Confederate States Army and was part of the famed “Stonewall Brigade”.

When the Union and Confederate armies engaged near Manassas Junction, Virginia, on July 21st 1861, General Jackson and his brigade earned the nickname “Stonewall”. Eight of the ten companies in the 33rd were present.

By late May 1861, the regiment was placed under the command of Col. Arthur C. Cummings, who was a graduate of the Virginia Military Institute who practiced law in Abington, Virginia at the far southernmost end of the valley and would twice represent Washington County, Virginia in the Virginia House of Delegates (first beginning in 1863 and again in 1871)

At the height of the battle, it was Jackson's first brigade, and more specifically, the undersized regiment of Colonel Cummings that turned the tide of battle with a well-timed charge against an exposed artillery battery.

The successful capture of the guns is thought to be largely because, due to the lack of formality in early war uniforms, Jackson's men were dressed in blue, just like their Federal counterparts. Though the 33rd Virginia succeeded in capturing the guns, the number of men that made the charge (only about 250) were unable to maintain possession and were forced to retreat. The charge had halted the steady advance of the Union Army up to that point, and precipitated further charges by Jackson's other regiments. By day's end, the actions of the 33rd led to the complete rout of the Union Army, and played a major role in immortalizing the brigade.

The cost of immortality for Cummings' regiment was high. Of the 450 men who were present at the battle, the 33rd would suffer 43 killed and 140 wounded.

Company E, The Emerald Guard, having participated in the battle, suffered 15 casualties including most of the company officers and NCO's. Captain Sibert was shot through both legs; Lt. Thomas C. Fitzgerald and 2d Lt. John Ireland were also wounded; in addition, Sgt. Michael Gavagan was wounded and Corp. John O. Sullivan was killed.

Captain Marion Sibert was born January 23, 1826 near the town of New Market, Shenandoah County. When the war began, he was thirty-four years old, stood 5'11" and was described as "handsome" having a "fair complexion, light hair and hazel eyes." Wyland's History of Shenandoah County suggest that Sibert and his family were in the hotel business prior to the war.

Following John Brown's raid on Harper's Ferry in 1859, Marion Sibert organized a volunteer artillery company in the New Market area known as the Tenth Legion Artillery. Despite their lack of cannon, they were called upon by the State Governor to perform guard duty at Shepherdstown on December 9, 1859 during Brown's trial.

Having returned to New Market after the trial, Sibert would not have long to wait until another opportunity presented itself. On April 18, 1861 war had erupted and Virginia, having voted in favor of secession, placed itself in danger of being invaded. When the Governor, John Letcher extended a call for certain counties to begin organizing companies for State defence in early May, Sibert once again put his business and homelife on hold and began recruiting a new company of men. This time, he targeted a distinct class of men that would form the nucleus of the company. Recruiting amongst the Irish laborers that had made their way to the Lower Valley through working on the Manassas Gap Railroad prior to the war.

As the company formed and began to drill in earnest, a contemporary newspaper account provided a glimpse to its readers of this new company.

“Through the energy and zeal of Maj. M.M. Sibert, a company of Irishmen, numbering about 60, has been raised and are in barracks at this place (New Market). These men, impelled by devotion to their adopted country, patriotically and promptly responded to the call of their State, and are now hourly preparing themselves to resist the encroachments of the mercenary hordes, who are let loose upon us by our oppressors.”

As this quote and archival records suggest, the company never reached the regulation size of 100.

The Emerald Guard was formed in and around the town of New Market during May and early June of 1861. It was organized by a thirty-four year old Shenandoah County native named Marion Marye Sibert. and as it's name implied was formed from the Irish laborers that worked in the Valley when the War began. The company would become among the most colorful and volatile companies of the famed "Stonewall Brigade".  "In their adopted sector," one historian would write, "the Sons of Erin did not mesh easily with their conservative neighbors, most of whom were of German and Scotch-Irish descent. The Celts' predilection for hard liquor and their affinity for world-class brawling at the least provocation engendered a definite air of notoriety.

Many of the Irishmen who joined the unit in May and June of 1861 were thought to be laborers who had been engaged on the construction of the Manassas Gap Railroad.

By the middle of May, the company elected its officers and non-commissioned officers (NCOs).  Sibert naturally assumed the role of Captain of the Company. To compliment Sibert's militia experience, Thomas C. Fitzgerald proved to be a "most valuable acquisition" and was elected 1st Lieutenant of the company. Prior to his immigration to the United States, Fitzgerald boasted prior military experience with the British Army during the Crimean War. For this reason, he was thought "well qualified for drilling the company.

The 33rd Virginia remained in the Stonewall Brigade in Thomas J. Jackson’s Second Corps until the restructuring of the Army of Northern Virginia after his death in the spring of 1863.

It was placed under Richard Ewell’s command until the spring of 1864, when it dissolved following heavy losses at the Battle of Spotsylvania Court House.