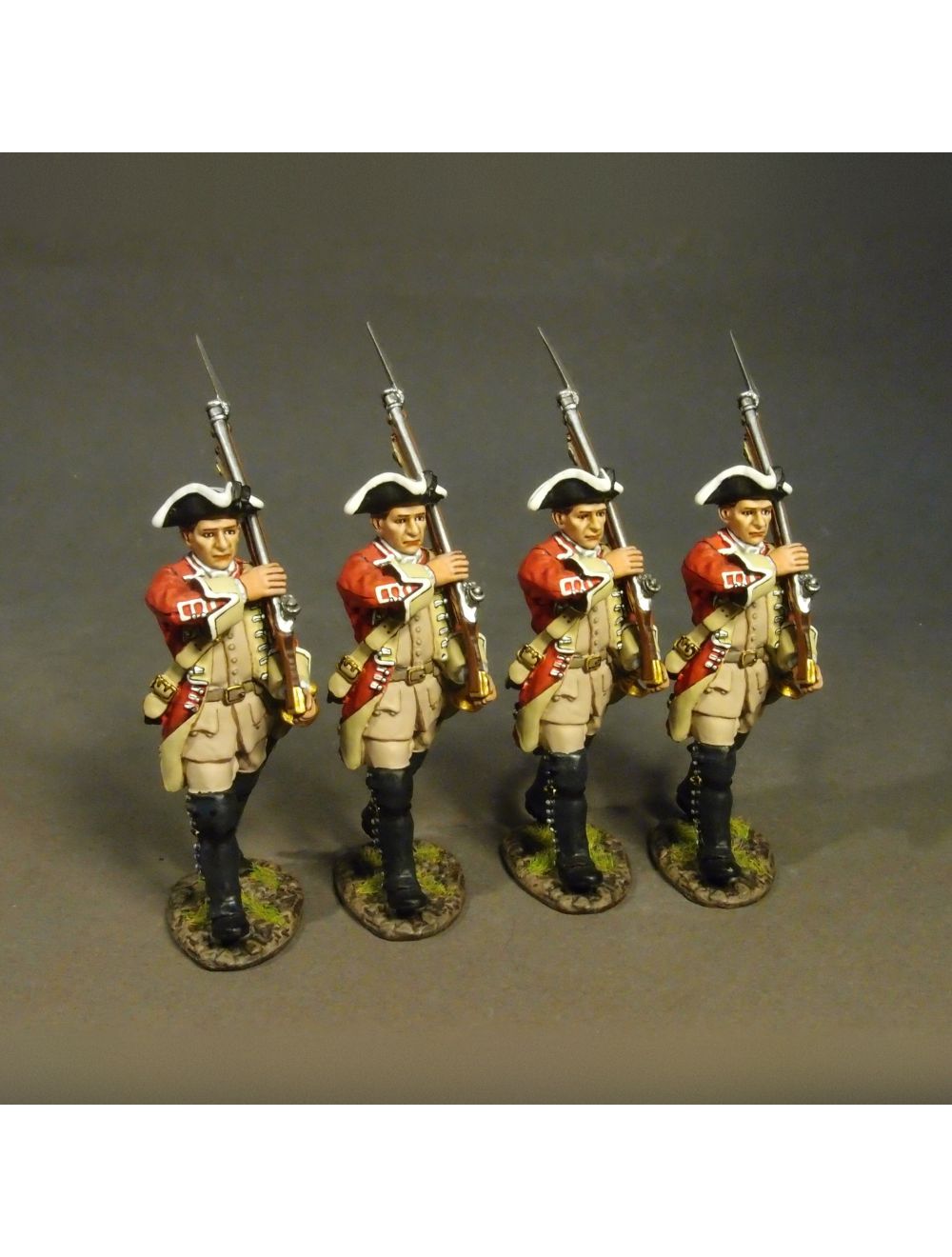 Be the first to review this product
$92.00
SKU
JJ-BM48-07
Add to Wish List Add to Compare
Details
The first range produced by jjDesigns was The Battle on the Monongahela Series. This mainly consisted of the “luckless,” 44th Regiment of Foot.

The other British Line Regiment at Monongahela was the 48th Regiment of Foot.

The regiment was first raised in 1741 as James Cholmondeley's Regiment of Foot in Norwich, England during the War of Austrian Succession.

The regiment first saw action at the Battles of Falkirk and Culloden in 1745-1746. In 1748, it was renumbered as the 48th Regiment of Foot. The 48th took part in the French and Indian War, being part of General Edward Braddock's ill-fated expedition of 1755.

They received their first battle honour in the Americas at the Battle of Louisburg, although the Regiment did not receive their due honour for this until 1882. The 48th was also part of General James Wolfe's force at the capture of Quebec in 1759.

As a special 10th Anniversary Release, the 48th Regiment of Foot figures released in 2016, will be available at the original 2006 prices!
Reviews
Write Your Own Review