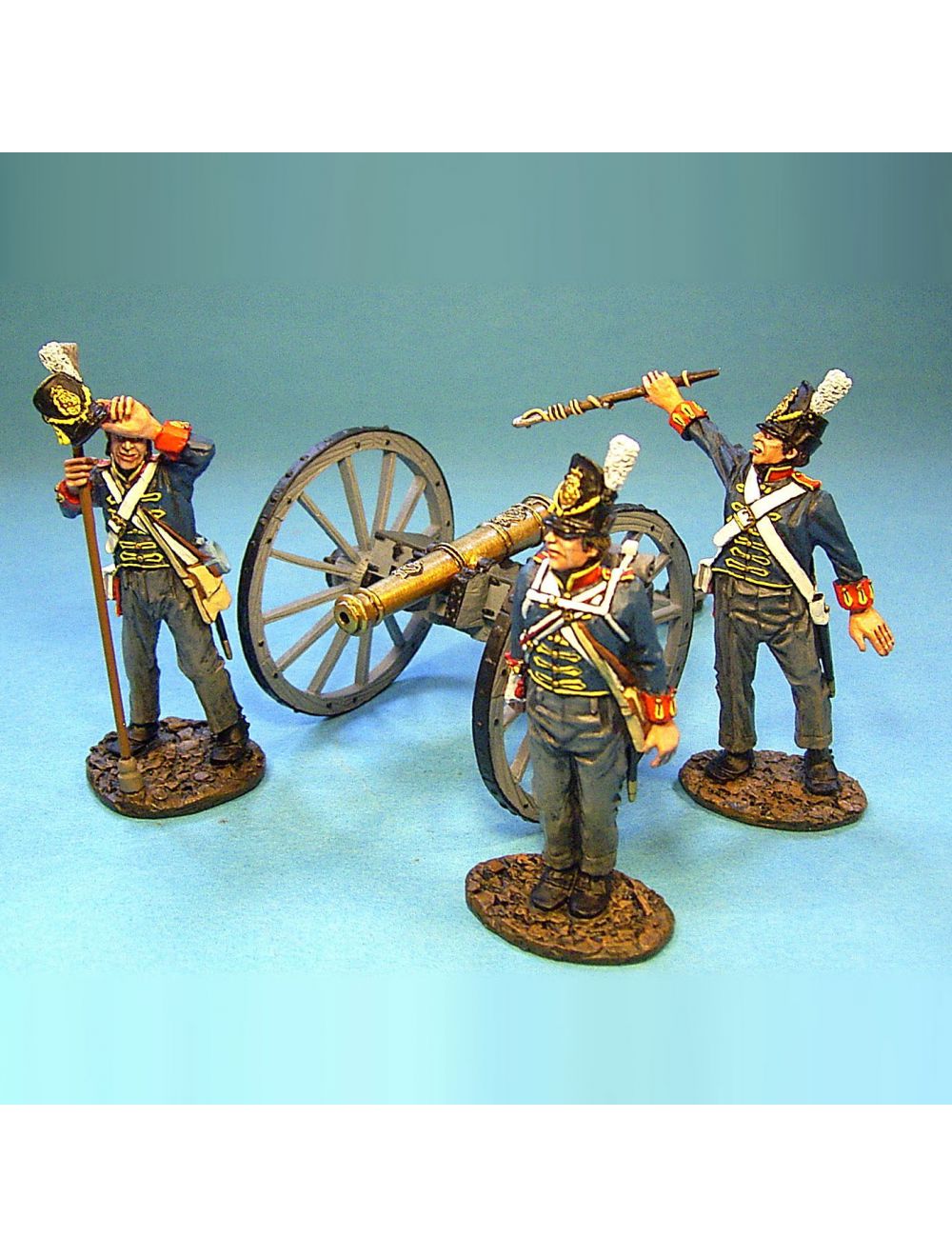 The clash of infantry against infantry was the most important aspect of Napoleonic battles.

The technological advances of the period had made the artillery the most powerful arm in battle.

The main part of the weapon was the gun, basically an elongated metal cylinder open at the muzzle end. A charge of powder and a projectile were loaded into the hollow centre or bore of the gun, and when the charge was ignited the resulting explosion propelled the projectile out the muzzle toward the target.

Guns were designated by the weight of the round shot they fired. The most common and useful gun in the War of 1812 was the 6-pdr.

The 6pdr round shot had a fearsome effect. At 600-700 yards under optimum conditions, it could cut through nineteen men or seven feet of earth.

This Set does not include the gun.
Reviews
Write Your Own Review