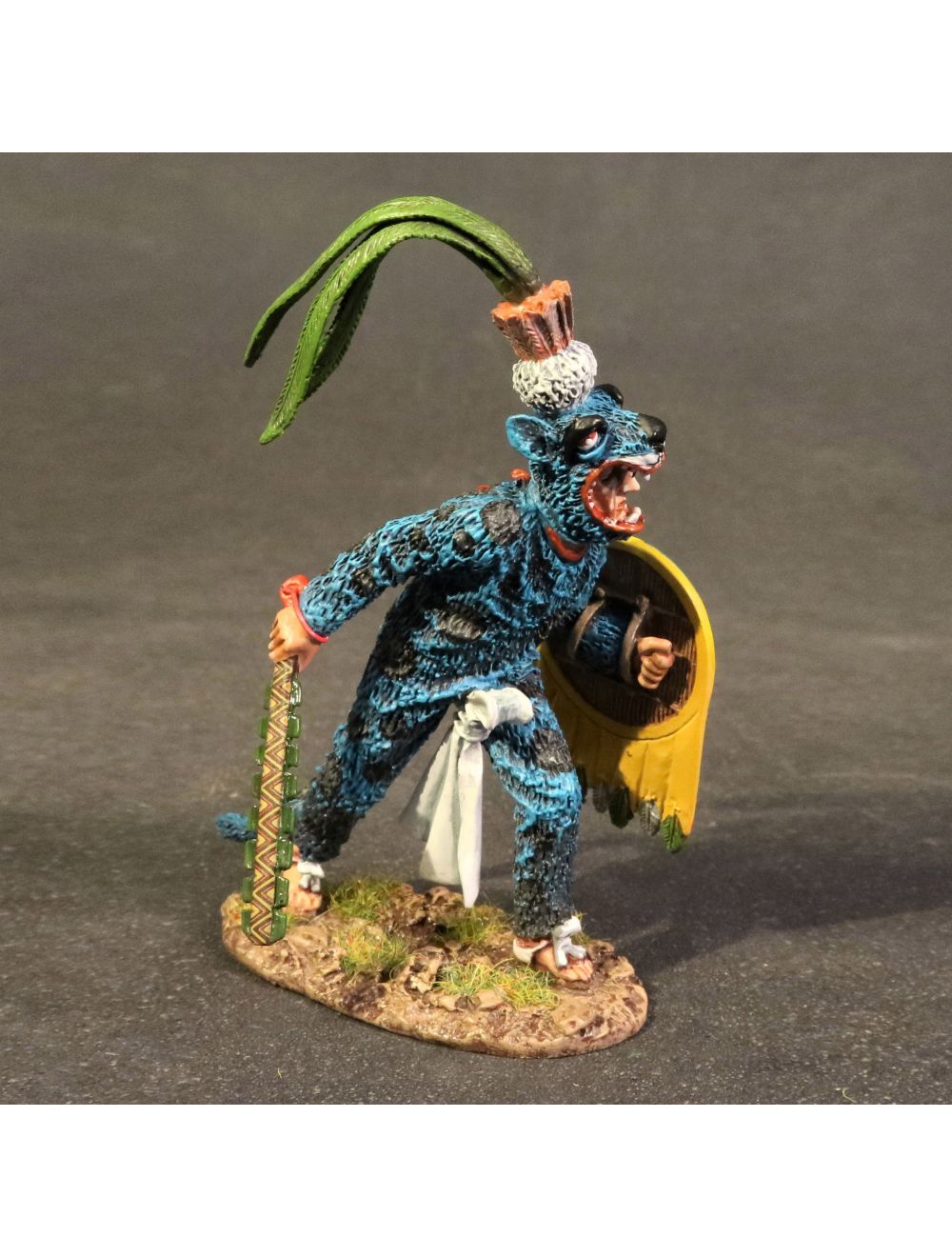 Be the first to review this product
The War suit, called an OCELOTOTEC, was woven to resemble an animal skin.
In the case of noblemen, this was made from feathers. Men of non-noble birth attaining the rank of Jaguar warrior, usually had to make do with suits made from actual skins. These usually had the clawed paws around the wrists and ankles.
Otherwise Jaguar War Suits came in a variety of colours, mainly blue , but also yellow , red and white.
$48.00
SKU
JJ-AZ-26B
Add to Wish List Add to Compare
Details
In most armies uniforms are used to differentiate units. In the Aztec army uniforms served to differentiate men with different levels of military experience within the same unit. Rank descriptions in uniforms between warriors depended on how many captives each individual had taken. A soldier who succeed in capturing four of the enemy was awarded a Jaguar suit and helmet. It was believed that to capture an enemy, honored their gods in a way far greater than killing enemy soldiers in the battlefield. For a warrior to kill an enemy was considered clumsy. The captured prisoners were offered as a sacrifice to the Aztec gods.
The jaguar motif was used due to the belief that the jaguar represented Tezcatlipoca, god of the night sky. Aztecs also wore these dresses at war because they believed the animal's strengths would be given to them during battles.
Following the warrior's path was one of the few ways to change one's social status in Aztec culture. Eagle and Jaguar warriors were full-time warriors who worked for the city-state to protect merchants and the city itself. They were expected to be leaders and commanders both on and off the battlefield, and acted as sort of a police force for the city. Men who reached this rank were considered as nobles and elites of society, and were granted many of the same privileges as a noble.
Reviews
Write Your Own Review