Skip to the end of the images gallery
Retired 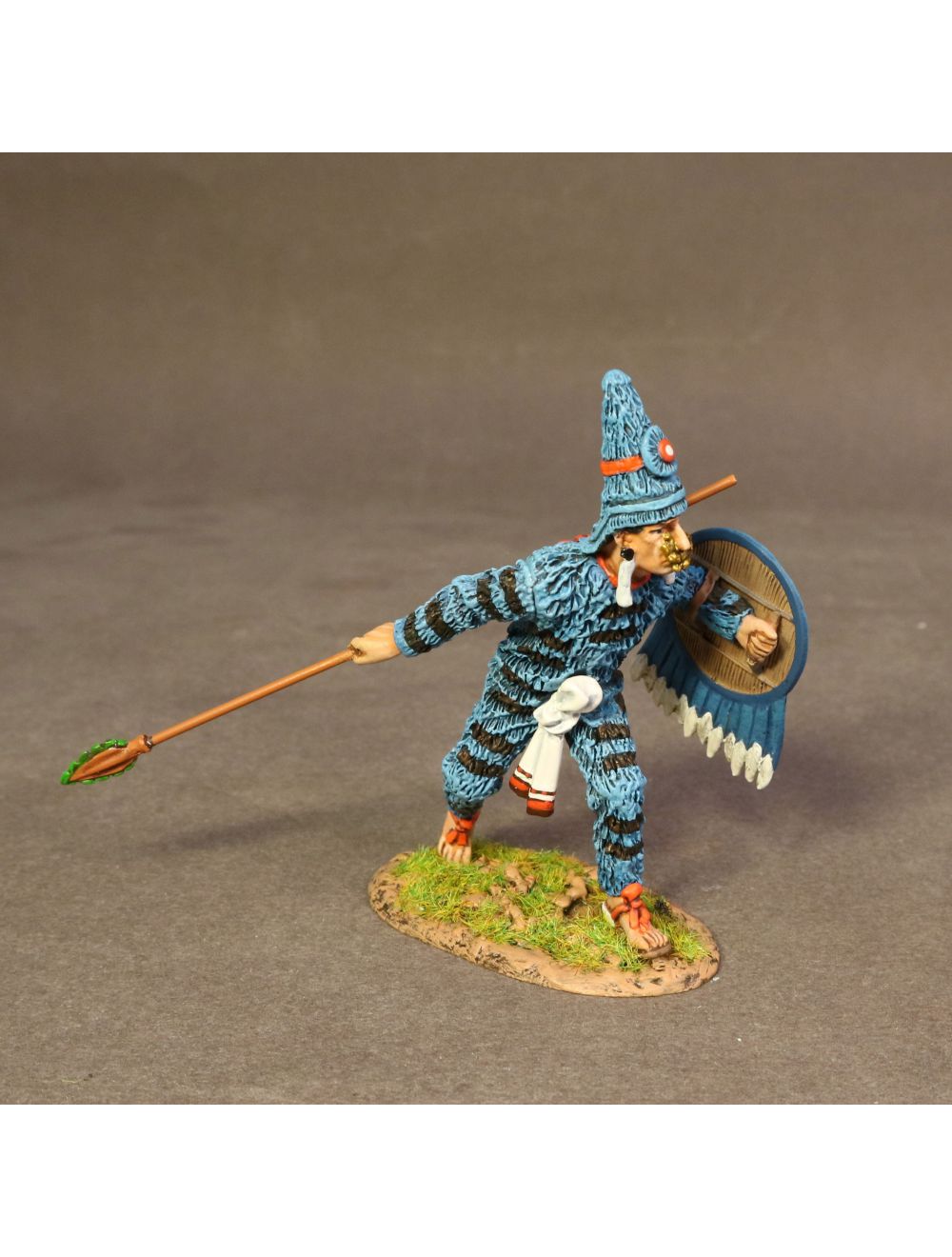 Be the first to review this product
$45.00
SKU
JJ-AZ-15B
Add to Wish List Add to Compare
Details
The Aztec Empire flourished between c. 1345 and 1521 and, at its greatest extent, covered most of northern Mesoamerica. Aztec warriors were able to dominate their neighbouring states and permit rulers such as Motecuhzoma II to impose Aztec ideals and religion across Mexico. Highly accomplished in agriculture and trade, the last of the great Mesoamerican civilizations was also noted for its art and architecture which ranks amongst the finest ever produced on the continent.

The empire continued to expand from 1430 and the Aztec military - bolstered by conscription of all adult males, men supplied from allied and conquered states, and such elite groups as the Eagle and Jaguar warriors - swept aside their rivals. Aztec warriors wore padded cotton armour, carried a wooden or reed shield covered in hide, and wielded weapons such as a super sharp obsidian sword-club (macuahuitl), a spear or dart thrower (atlatl), and bow and arrows. Elite warriors also wore spectacular feathered and animal skin costumes and headdresses to signify their rank. Battles were concentrated in or around major cities and when these fell the victors claimed the whole surrounding territory. Regular tributes were extracted and captives were taken back to Tenochtitlan for ritual sacrifice. In this way the Aztec empire came to cover most of northern Mexico, an area of some 135,000 square kilometres.

Soldiers who succeeded in capturing two enemies were awarded a uniform consisting of a body suit called a “tlahuiztli”, a tall conical cap called a “copilli” and a shield marked with black designs described as “hawk scratches”. The Tlahuiztli was made of sewn cotton. Red, yellow, blue or green feathers were meticulously stitched to the cloth in the workshops of conquered city-states and sent to Tenochtitlan each year as tribute.

The Huaxtec area held a particular fascination for the Aztecs because it was rich in cotton. The goddess of spinners and weavers was called Tlazolteotl. For this reason the soldiers thought it appropriate to wear hanks of un-spun cotton through their ear spools, as well as the “Yacameztli” or “nose moon” in gold in honour of her role as a patron of the moon.
Reviews
Write Your Own Review