About Zouaves and Tirailleurs

About Zouaves and Tirailleurs 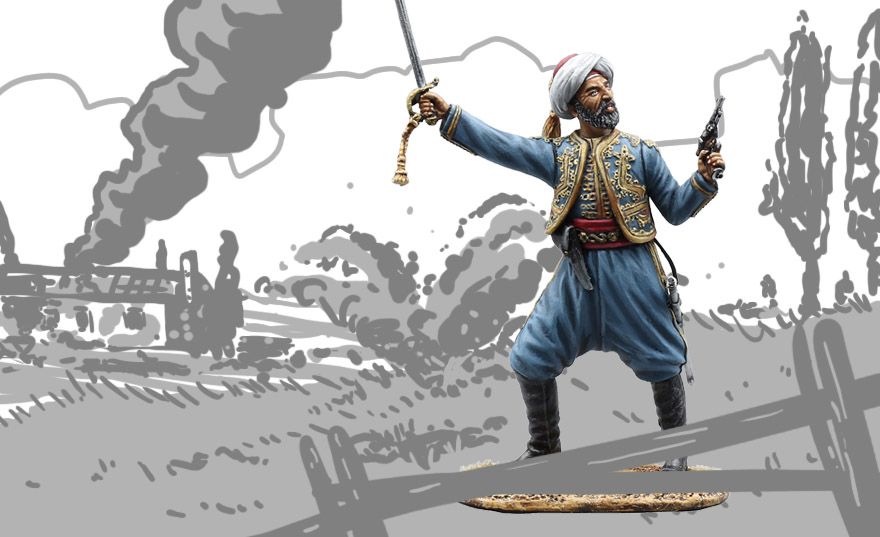 I know that I recently covered the Franco-Prussian War, but with the release of the new Algerian Tirailleurs by First Legion, I have to dive back into this conflict. Especially as this regiment paid dearly the price of this war when it was decimated at Frœschwiller on August 6th 1870 by the outnumbering Prussian troops. So let's look at the FPW034 - Algerian Tirailleur Regiment Officer, but first let’s recap a bit the zouave history...

Zouaves were French light infantry in service from 1830 to 1962. It all started when Algeria was annexed to their colonies. The uniform was greatly inspired by the traditional clothing of Algeria and was standardized by the Général Lamoricière and designed by the Commandant Duvivier. According to some sources, the word “Zouave” comes from the word “ zahafa” and means ”to crawl” as those units were often crawling to get cover while fighting. Some others say that it came from the name of an Algerian tribal confederation who was previously affiliated with the Ottoman Empire before the territory became under French control.

The Algerian tirailleurs units came a bit later, in 1842, when the recruiting rules in the army changed. From that point, zouaves units were only composed of soldiers with europeans origins while the tirailleurs were a mix of indegenous and european soldiers. But their function was still globally the same. Therefore, the only logical choice was to keep the same uniform as zouave.

The figure that we have today is a genuine Algerian officer. His pose is an epic classic, with the raised sword, pistol ready to fire and shouting orders. The tirailleur depicted here has his beard partially grey, which is a nice way to show experience of this regiment. Prior to the Franco-Prussian War, the tirailleurs served in the Crimean War, the Second Italian War of Independence and the Second French intervention in Mexico. Eventually, they became one of the most decorated units within the French Army. 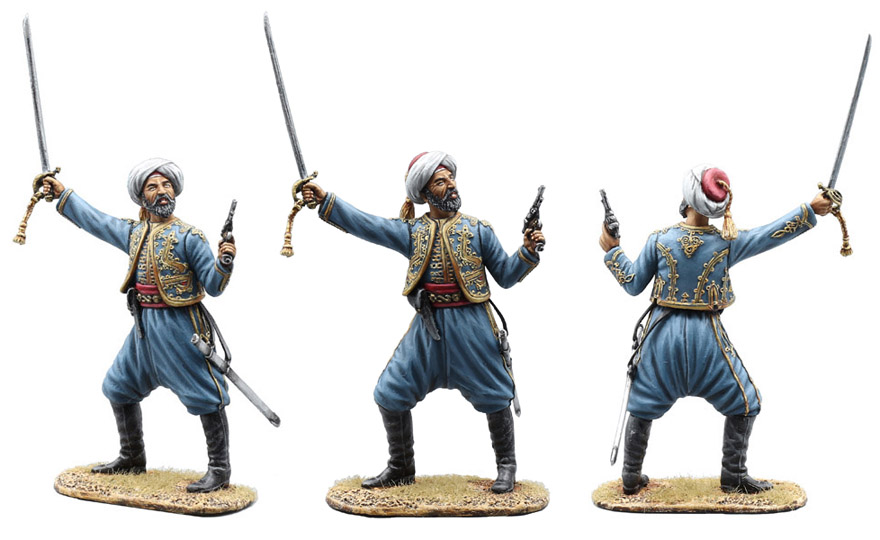 The highly decorated uniform is finely sculpted and painted with golden on the cords and various embroidments. Thanks to an accident from First Legion, we do have today a very high resolution image of those details! Notice also the fingernails and white dots over the iris in the eyes to emulate a light reflection. The details on the pieces by First Legion are amazing! 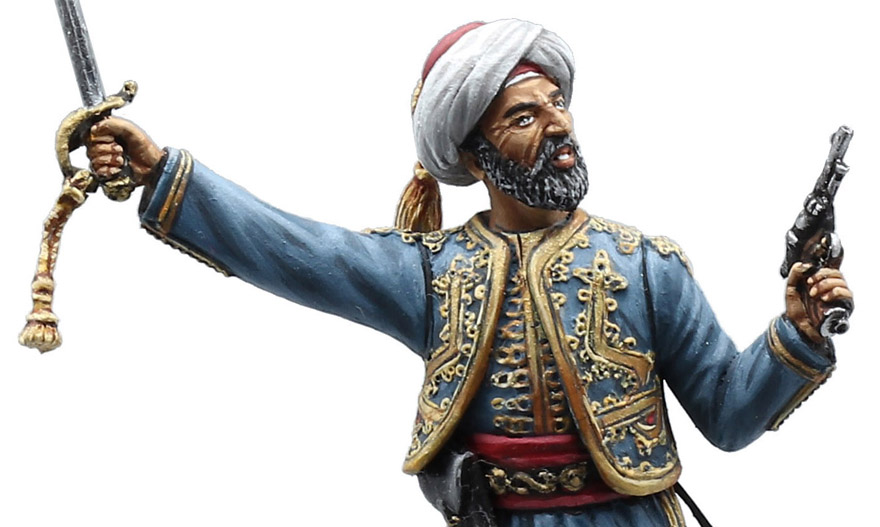 Eventually, the numerous successes and sacrifices of the colonial troops became known worldwide and they became the inspiration for the formation of many zouave units within other countries! Those can be sometimes seen here and there in various toy soldier collections by different manufacturers.

Even in Québec City, where our store is located, we did have a zouaves regiment. This one was raised in 1868 by Mgr Ignace Bourget of Montréal when Garibaldi’s troops were freeing Italy. At the time, the Vatican State felt threatened by this unification movement, fearing to lose its status as an independent state. So French Canadian catholics volunteered to defend the place in case of need. Eventually things went smoothly and nothing happened, but this did not prevent them from opting for a very fashionable zouave uniform!

Eventually, the Algerian tirailleurs were officially disbanded in 1964, two years after Algeria’s independence was recognized. But they left their mark in military history that goes far beyond the borders of France and Algeria. Today, this figure is a nice testimony to their contributions and sacrifices to the Franco-Prussian War. I leave you with the “Marche des tirailleurs algériens” (aka Le chant des turcos) sang by Michel Roux, a song that relates their fateful fight on August 6th 1870.