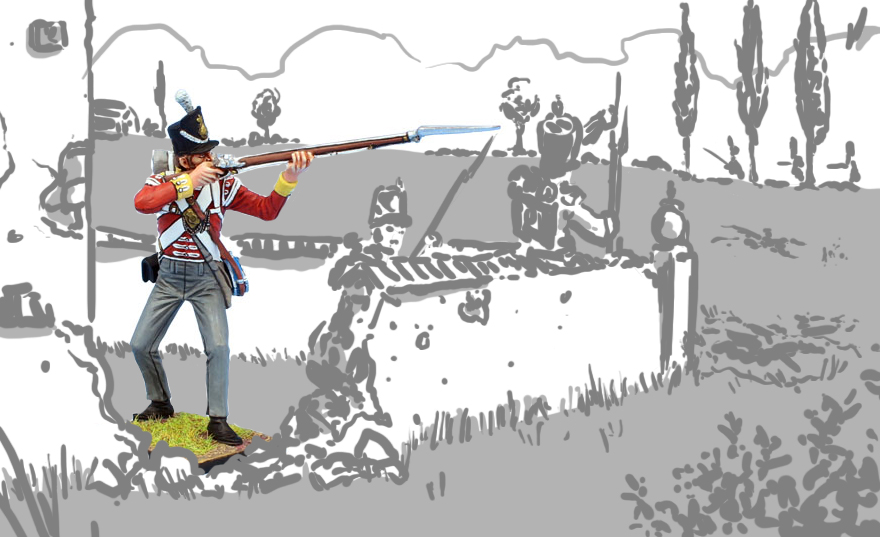 When it comes to painted toy soldiers, First Legion Ltd is amongst the best in the world. However, this quality comes with a price and this can be an obstacle for many collectors when it comes to assembling massive battle forces. This is why, a few years ago, First Legion came with a series called Mass Battle; a collection with a slightly different style and a more accessible price. Today, we will have a look at the MB084 - British 30th Regt of Foot Grenadier Standing Firing #1 and also at what Mass Battle is.

First, let’s have a look at the MB084. It’s a very classic pose of a soldier firing and standing. The mould is from an old British 1st Foot Guards figure (the NAP0096 to be more precise). So in terms of sculpted details, this figure is as finely crafted as any other figures from First Legion. Every part of the uniform is there, including the Knapsack on the back. Honestly, it’s really good work there!

In total, 19 figures were produced for the 30th of Foot and they are all visible in this group of 24 figures. 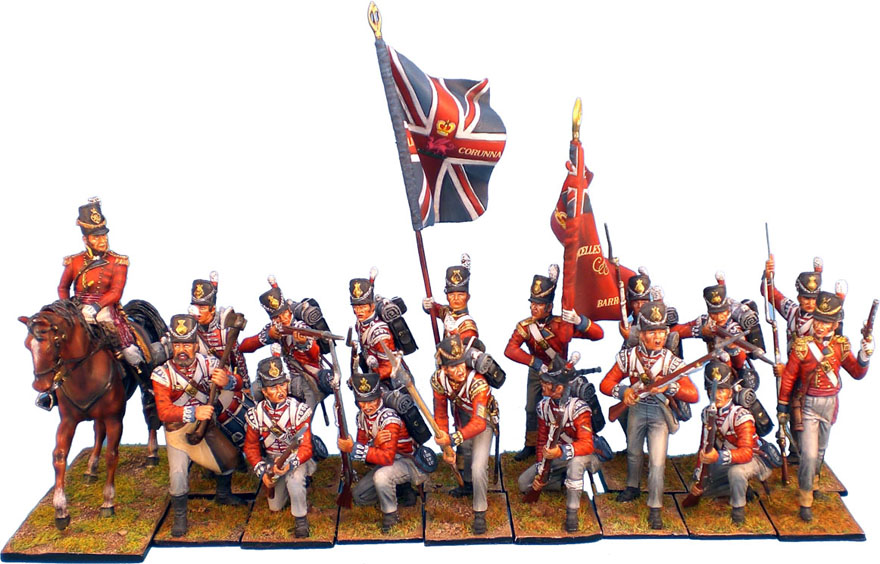 The original releases from the 1st of Foot Guards.

However, reusing an old mold alone doesn't make a toy soldier less expensive. Where First Legion is able to reduce the cost is on how the colors are applied. On a regular First Legion’s work, dark colors will be used to emulate realistic shadows and enhance the contrasts between the different elements of the uniform. But in the case of the Mass Battle series, a simple black outline is often used to do the job. The highlights are also made by simple contrasting brush strokes instead of more subtle color mixes. If you compare a regular First Legion figure with a Mass Battle from very close, those differences will be noticable. This choice makes sense as the Mass Battle pieces are designed to be seen as a group of soldiers from a certain distance. Thus, all those fine details in the painting have no need to be there because the result will be the same from afar.

On the left, a regular First Legion. On the right, a Mass Battle pioneer. Notice the differences on those elements:

Despite those differences, they both have individual teeth painted in the mouth and white dots of paint in the eyes to simulate the light reflection. Giving a bit more love to the face is a good idea as the human mind is drilled to analyse faces first. If the face is looking good, the whole figure will look better.

The resulting style and price is quite similar to what we see on pieces from John Jenkins Designs and King and Country. This is why many collectors will mix toy soldiers from the Mass Battle collection with creations from other manufacturers.

Another common use of those figures is to put them in the rear ranks of a First Legion collection. So the highly detailed pieces can be appreciated in the front of the display while the Mass Battle figures will boost the global look in the back of the scene while not costing that much.

For now, the Mass Battle includes the confederate 2nd Maryland infantry from the American Civil War, the 80th of Foot from the Anglo-Zulu War, the Libavsky Musketeer Regiment and the 30th Regt Of Foot from Napoleonic Wars. When combined with other lines of products and works from other manufacturers, those toy soldiers give plenty of potential uses for the collectors. However, the lack of opponents within the same conflict makes it hard to get coherent fights using Mass Battle pieces only. Hopefully this will be fixed in the future as more sub collections will be added. 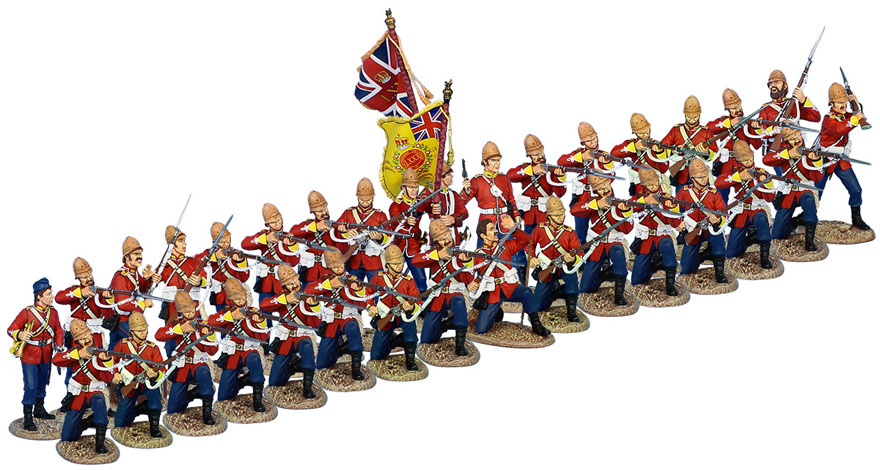 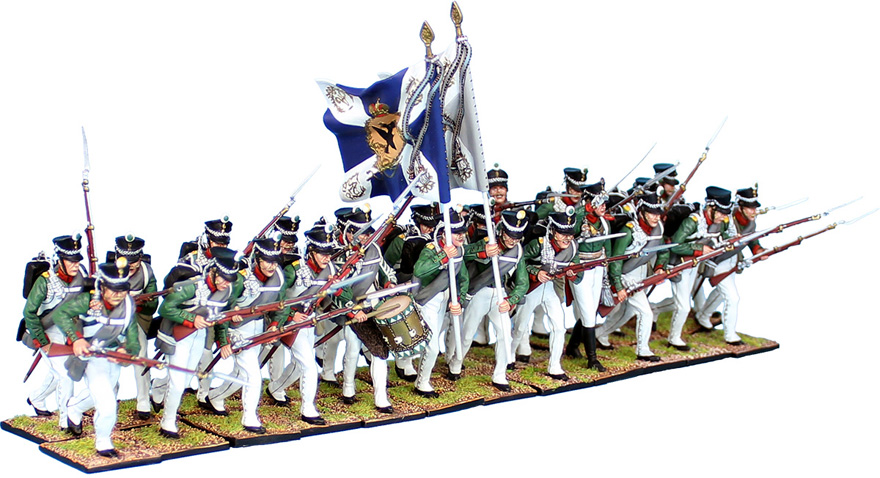 In conclusion, the MB084 is perfect for the job it was created for. It’s true that it can be enjoyed by itself, but it’s really when it is amongst a mass of units that this Mass Battle toy soldier really shines. If you feel there is a need for those in your collection, you should really give them a try. With their quality/price ratio, it’s never a bad deal to get some.