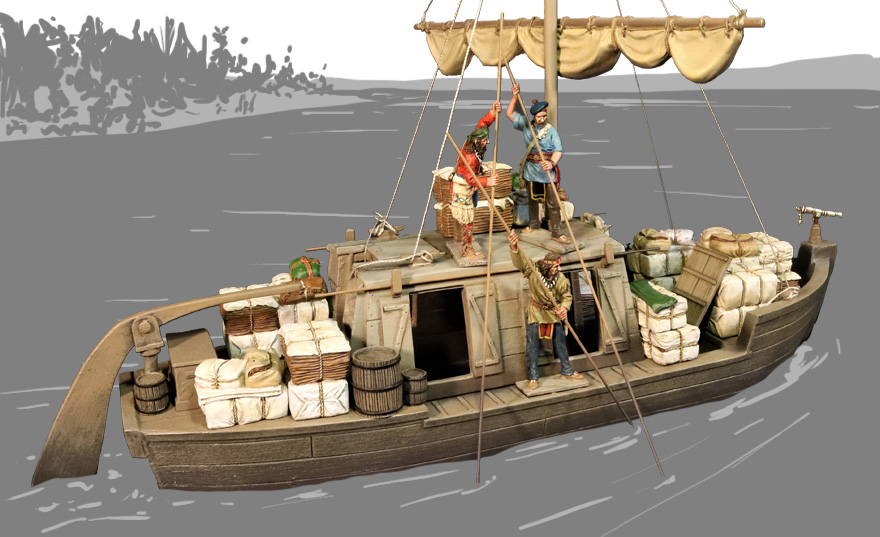 In the last years, John Jenkins Designs produced several boats, ranging from massive Roman warships to tiny Chinese cormorant fishing rafts. Those ships are now so numerous that they could be almost considered as a collection dispersed within other collections. The latest addition to this theme is the JJ-WSP-100 - River Keel Boat, a mandatory piece for the Whiskey, Scalps And Beaver Pelts product line.

During the early 19th Century, keel boats were one of the most efficient means of transportation for river covered territories. Those ships were able to navigate in shallow streams and could carry heavy cargo. They quickly became useful tools for fur trading. With this new technology, it became suddenly easier to build advanced trading posts and ship fur bales, allowing this business to expand faster than what was possible with the old canoes.

Keel boats were also called keep boats because of their central structure that could serve as a basic defense post. In addition, they had the capacity to be equipped with few of the smallest types of cannons. This could be quite handy as many chapters of the fur trade industry turned out to be very bloody. Skirmishes between the different fur trade companies, raiders and with native tribes were frequent enough to justify a bit of defensive armament. One such bloody event including a keel boat was depicted in the 2015 movie The Revenant with Leonardo DiCaprio.

The keel boat from The Revenant. Sadly, this ship did not receive the Oscar for the best actor. 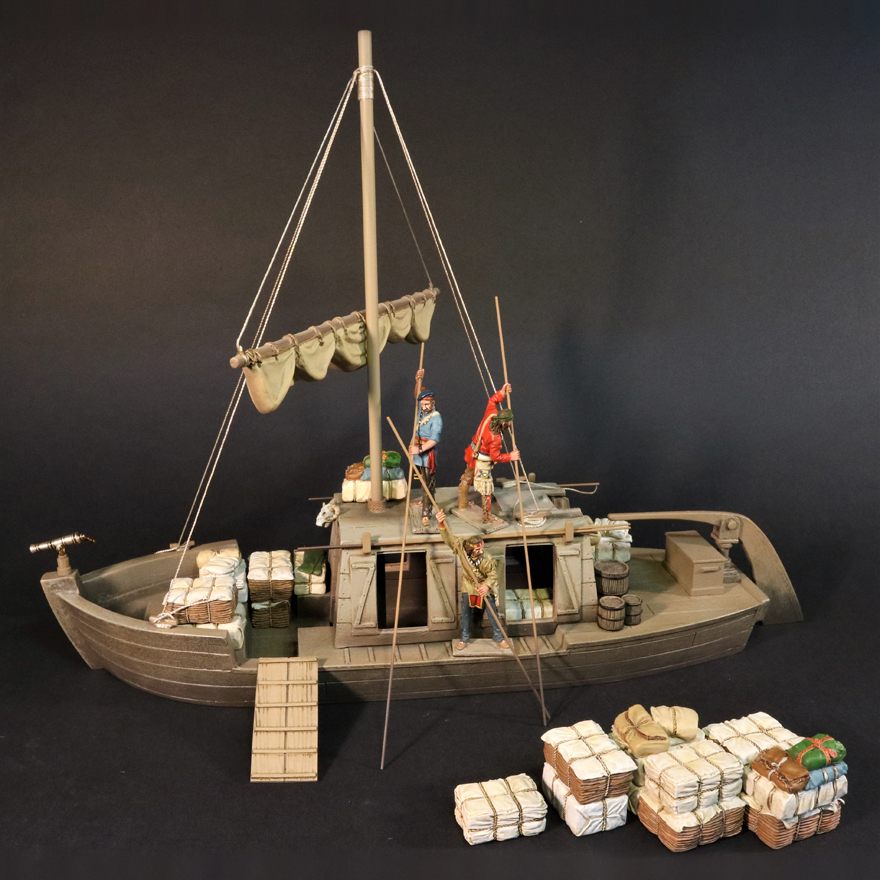 This boat is huge. If you are short on space, make sure to take measurements before purchasing it.
(Or just buy a new display cabinet.)

The brownish-grey color and global look makes it close to the ship seen in The Revenant. However there are differences in the proportions and various elements, making it very unique. One interesting detail is the bighorn sheep skull attached to the front of the main cabin. A small cannon is mounted on the bow of the ship, which is a classic for this kind of ship. For the look of the steering oar, it is in a style close to the one of the keel boats seen in the 1956 western movie Davy Crockett and the River Pirates with Fess Parker. 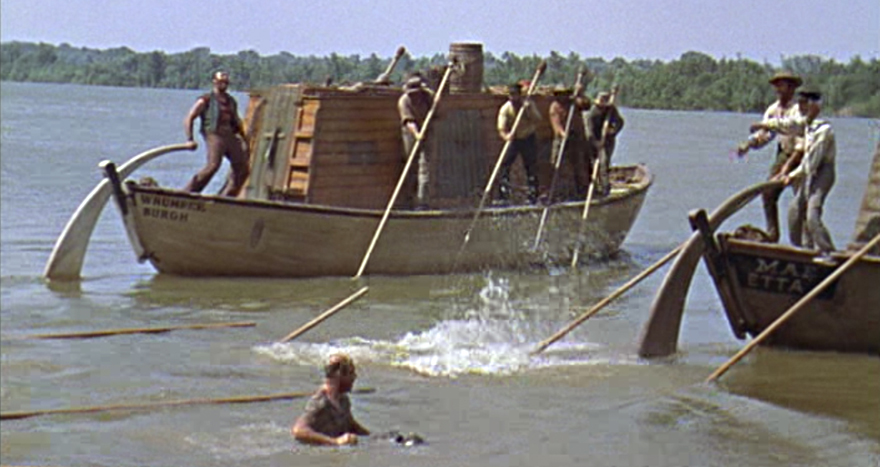 On each side of the cabin, racks for the extra setting poles can be found. To man the boat, three figures are included, each of them holding a long pole. The poles are not attached to their hands, so the figures can be easily positioned and adjusted to different heights. The model also includes several mobile cargo pieces, most of them being fur bales. The quantity of fur bales is so generous and can cover the whole deck of the ship. And if this is not enough, extra ones can be acquired via the JJ-WSP-101 - Baggage 1 and JJ-WSP-102 - Baggage 2 sets. Those can be useful not only for this set, but for many other small scenes with fur traders. 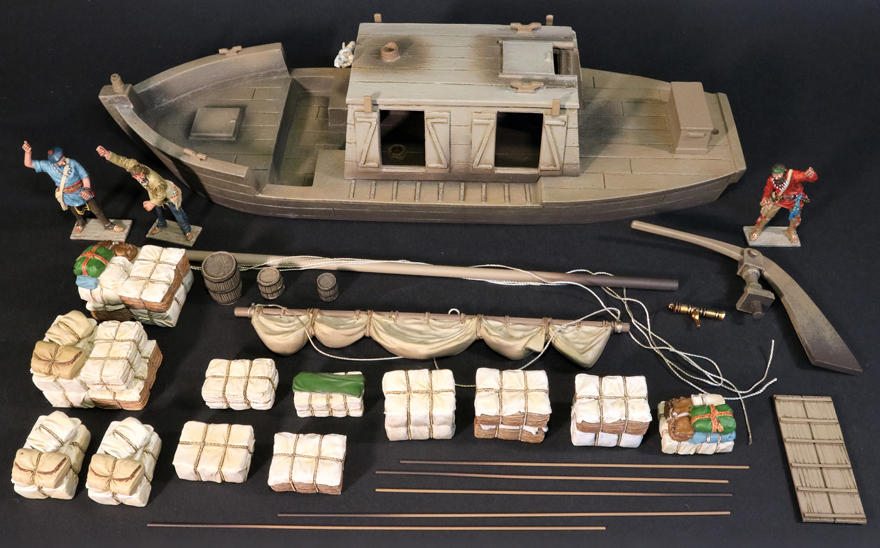 In conclusion, this new keel boat is simply perfect. It is rich in details and comes with a lot of elements to play with. It’s not often that a set includes so many accessories! And this is not enough for some, they can always purchase extra bagages! I now leave you with the trailer of Davy Crockett and the River Pirates, because it’s still a fun movie to enjoy once in a while.