Watching The World Go By

Watching The World Go By 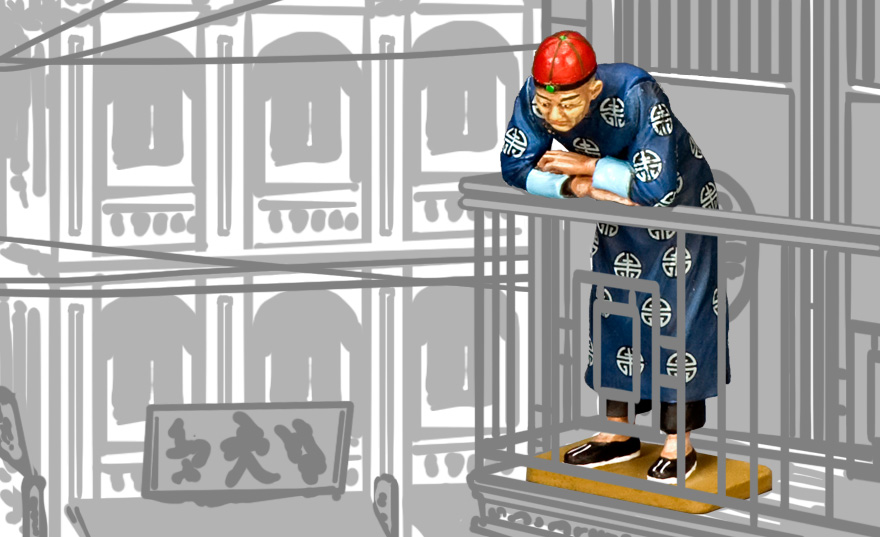 Most of the toy soldiers have a name. This is usually a very descriptive name combined with a unique code like “ROM015 - Fighting w/Sword” or “NAP0250 - General Dorsenne”. Like the purpose of the name is only to help collectors, manufacturers and dealers to trade, there is no need to be over creative. But in some cases, there is a name that is going beyond that purely functional naming and it’s good when this happens. This month, King and Country released the very poetic HK304 - Watching The World Go By #2.

In the case of the HK304, the piece could have been simply called “Leaning on a Railing” as it is exactly what this figure is doing. It was designed to be placed on the top balcony of the new HK302 - The Pawn Shop. Instead, King and Country went for “Watching The World Go By #2”. I admit that the #2 at the end might not be the more poetic thing in the world, but it helps to differencing it from the #1 version where a girl is also leaning from the balcony. 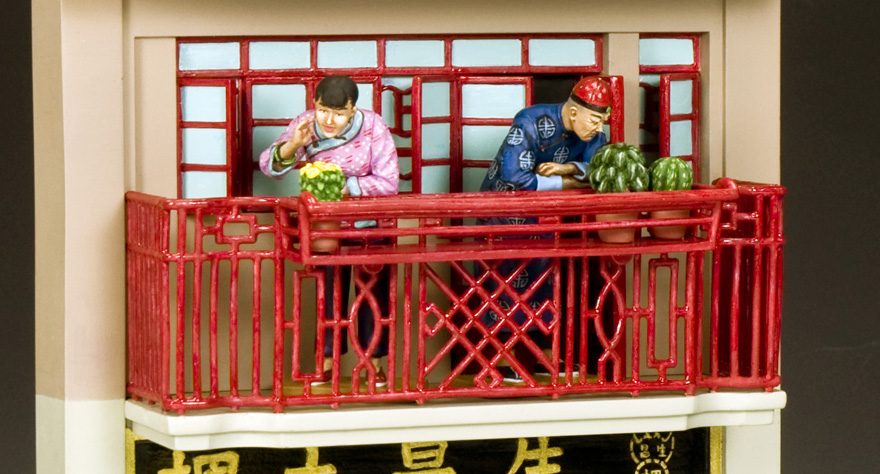 What is really nice about the first part of the title is how it brings a feeling and manages to put a complete context around this figure from the collection Streets of Hong Kong. It’s not only referring to looking at the people in the street below. It’s a whole era that the man here is watching go by. A whole world that will never come back. The action takes place in the very late XIX century and early XX, at a time where Hong Kong was just recently leased to Great Britain for a long 99 years. For many citizens, it was a time of big changes and uncertainties. The British were in the area for years, but now, their presence was signed by a deal. For its inhabitants, it was something different and the new western technologies with their way of life would only become more and more present in a place that once was home. The HK304 here is an old man dressed in a traditional outfit that will soon be clashing with the new reality. He is not an influential person and only a mere pawn shop owner as suggested by his official description. Whatever his real social status might be, there is nothing he can do to change the political course of his city. So the only thing he can do is to watch the world go by. 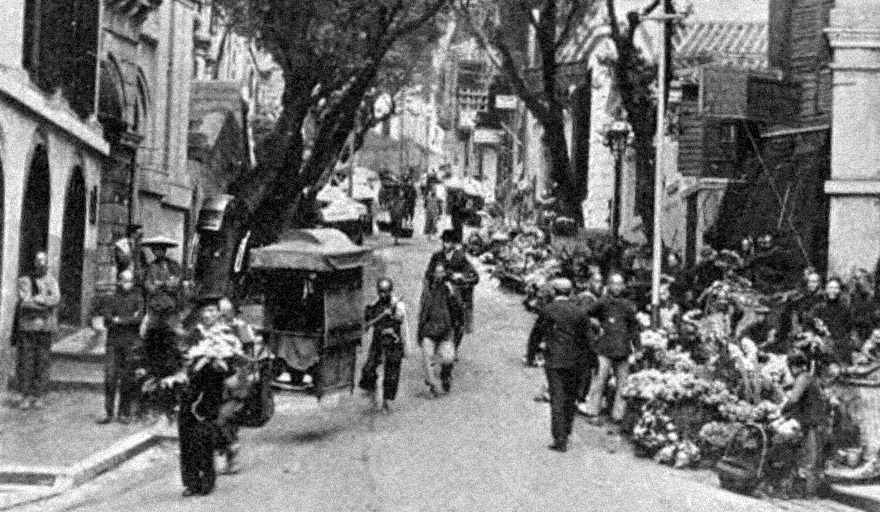 The “Flower Street” of Hong Kong in the early 1900’s.
Notice the mix of western and chinese clothings.

The figure itself is very simple. It’s an old man, dressed in blue with a white pattern of auspicious symbols. It is designed to rest on the railing of the HK302 - The Pawn Shop and might be hard to put elsewhere. On its own, it is a bit awkward to look at, but when put in the right place, this piece brings life to the upper level of the Streets of Hong Kong displays. Interestingly enough, knowing the title of the piece makes it more valuable as it suddenly becomes more than a simple old man leaning on a railing; He represents the end of an era and a changing world. 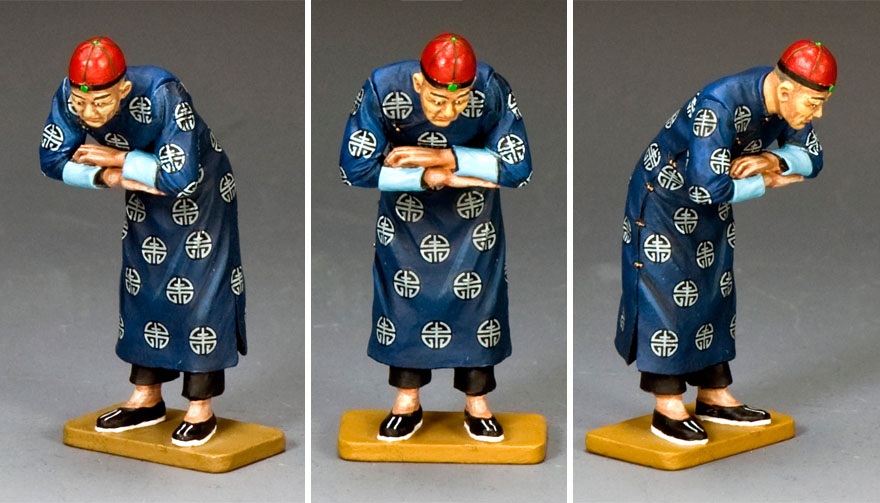 To conclude, this figure shows that a well chosen title can help to increase the value of a toy soldier. Too often, only the look of the final figure is considered, but appreciation can be extended to each step of the production, from the first hand sketches to the final title. After all, isn't the sum of all those steps who ultimately makes a toy soldier?